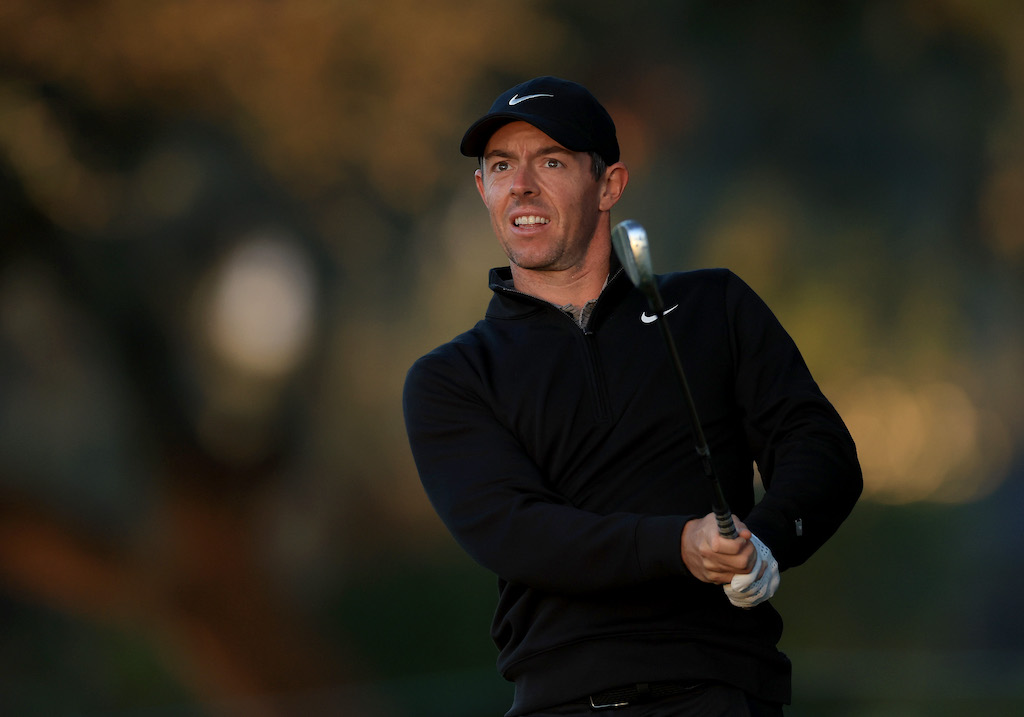 Rory McIlroy admitted it didn’t feel like his second round was seven shots worse than his first at the Arnold Palmer Invitational as he surrendered the lead to Viktor Hovland at Bay Hill.

After comfortably out-playing the field on Thursday by shooting a seven-under 65 to lead by two, the World No.5 found things tougher going on Friday with three birdies and three bogeys leading to a level-par 72 to keep him at seven-under for the week.

Having led by two after 18 holes, after 36 he is now two back of Hovland, whose six-under 66 has him two clear at the top at nine-under, with Tyrrell Hatton and Talor Gooch in a share of second with McIlroy.

The Northern Irishman had been tied for the lead with four holes of his second round to go, however he suffered a tough finish that saw him three-putt the 15th and fail to make a sand save from over the back of the 17th green for two late bogeys to drop him back into a share of second.

Back in the clubhouse, a frustrated McIlroy conceded it didn’t feel like there were seven shots between his first and second rounds, although he believed the course was playing harder than it did on day one.

“I don’t feel like I played like I’m seven shots worse. I thought my ball striking today was pretty good apart from the first couple of holes. I hit some good shots. I certainly drove it well,” he explained.

“I don’t know how much tougher the course is playing today than yesterday but I certainly don’t feel like it was seven worse.

“(The pace of play) was slow. It’s always going to be slow whenever the greens get this tricky and this firm and this fast. Playing on two balls the next couple of days will be a little bit quicker.

“But that’s what it’s about. Just not getting frustrated over the weekend, having as much patience as possible. Again, just trying to make pars and pick off a birdie here and there, that’s the game plan.”

McIlroy’s day started with a bogey after a poor drive led to a dropped shot at the first, but he responded well with a birdie at the par-five fourth and then picked up back-to-back shots at the seventh and eighth to turn in two-under and a share of the lead with Hovland.

That would be as good as it got for the four-time Major champion, however, the closest he came to another birdie being a 16-footer on the 13th before his tough finish that leaves him a couple back going into the weekend.

Hovland, who beat McIlroy to the recent Dubai Desert Classic title, holds the lead as seven birdies and just one bogey led to a six-under 66 to move him up to nine-under for the week, the Norwegian eyeing up a fourth PGA Tour title and closing the gap to Jon Rahm at the top of the world rankings.

Hatton and Gooch both signed for 68s in their second rounds to join McIlroy at seven-under, with Hatton and Hovland forming the final two-ball on Saturday and McIlroy joining Gooch in the penultimate pairing.

Billy Horschel is the only other player hanging onto the top-three’s coat-tails as a 71 moved him onto six-under and solo fifth, with there being a gap down to seven players tied for sixth at three-under.

Meanwhile, Graeme McDowell couldn’t keep his momentum going but he is at least around for the weekend for only the second time in his last eight PGA Tour starts as a four-over 76 dropped him back to level-par for the week and a tie for 30th.

The Rathmore man looked like he might be mounting a title challenge when he bounced back from a bogey at the par-three second with birdies at the two par-fives on the front-nine, the fourth and sixth, but a three-putt bogey at the par-four seventh saw him turn at level.

At that stage he was still well in the mix, but a ball in the water at the par-four 11th led to a triple-bogey seven and two more bogeys – at 13 and 18 – alongside one more birdie on the par-five 16th saw him end the day at level-par.

The pair will be joined in the weekend by Padraig Harrington, who made the three-over cut on the number after a two-over 74 in his second round, but it was nearly a catastrophic end to his round for the former European Ryder Cup captain.

Three birdies – including a 58-foot putt on his opening hole, the 10th – and two bogeys had moved Harrington up to level-par, but a nightmarish four-putt on the par-five sixth led to a double-bogey seven and a closing bogey at the ninth gave him a nervy wait, but he had done enough to just finish inside the cut line.

It was not to be for Seamus Power, who left himself too much to do after an eight-over 80 in his opening round, and he would then bogey his opening two holes of his second round to end any hopes of a remarkable rescue to stick around for the weekend.

The Waterford man would do a stellar job at bringing himself back to level-par for the day with four birdies and two further bogeys in a 72, but he will instead head to TPC Sawgrass a couple of days early to prepare for the second Players appearance of his career.