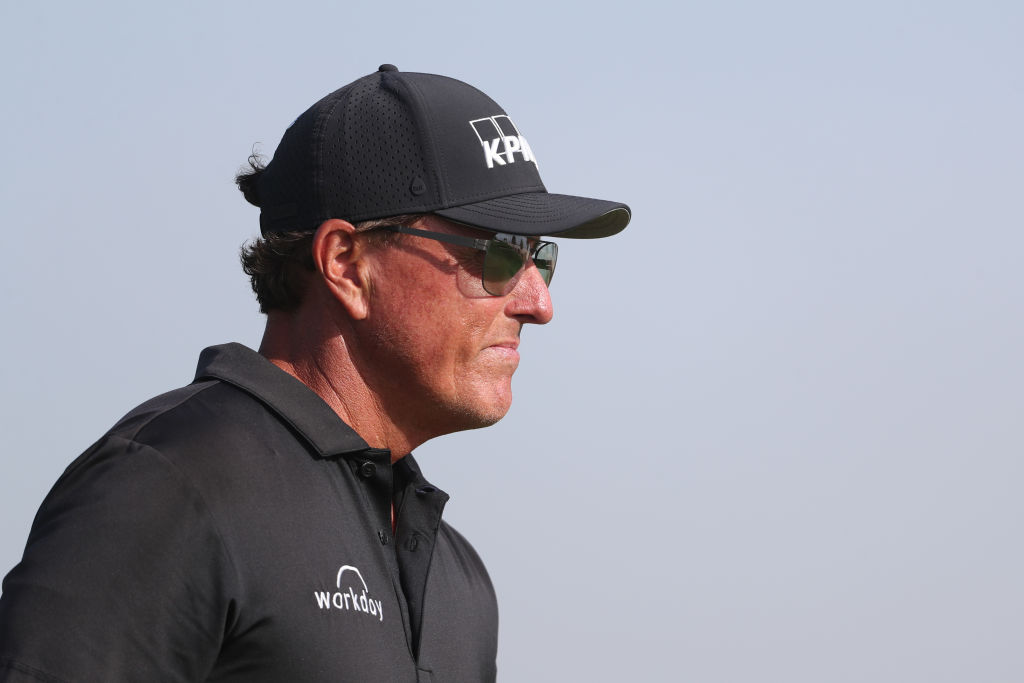 It seems to be going from bad to worse for Phil Mickelson who apparently has lost another long-time sponsor with Callaway planning to ‘pause’ its 18-year relationship with the reigning PGA Championship title holder.

Mickelson has already seen sponsors KPMG and Amstel Light sever ties with him while the more-recent sponsor Workday has also dropped him from their roster.

However, news that Callaway is considering their relationship with the six-time major winner and 51 other events around the globe, comes as a further body blow for the image of the 51-year-old.

Mickelson has been playing Callaway since 2004 and it coincided with him capturing a first major with his victory that same year at the Masters.

“Callaway does not condone Phil Mickelson’s comments and we were very disappointed in his choice of words – they in no way reflect our values or what we stand for as a company,’’ Callaway said in a statement first released to The Golf Channel.

“Phil has since apologized and we know he regrets how he handled recent events. We recognize his desire to take some time away from the game and respect that decision. At this time, we have agreed to pause our partnership and will re-evaluate our ongoing relationship at a later date.’’

This news comes on the back of Mickelson’s highly-critical comments directed at the PGA Tour, resulting in him issuing a two-page ‘Twitter’ apology just minutes ahead of last Tuesday night’s PGA Tour meeting of all players at PGA National, venue for this week’s Honda Classic.

In his ‘apology,’ Mickelson said: “I have incredible partners, and these relationships mean so much more to me than a contract. The last thing I would ever want to do is compromise them or their business in any way, and I have given all of them the option to pause or end the relationship as I understand it might be necessary given the current circumstances.”

Also, in this first of its kind statement in Mickelson’s now 32-year pro career, Mickelson indicated he would be “spending some time away to prioritize the ones I love most and work on being the man I want to be.’’

In fact, Mickelson’s hardly been sighted this season having played just four events in 2022 – the Sentry Tournament of Champions where he finished T30th, the American Express where he missed the cut, the Farmers Insurance Open where he also missed the cut, and the following week’s new Asian Tour Saudi International, where he shared 18th place.