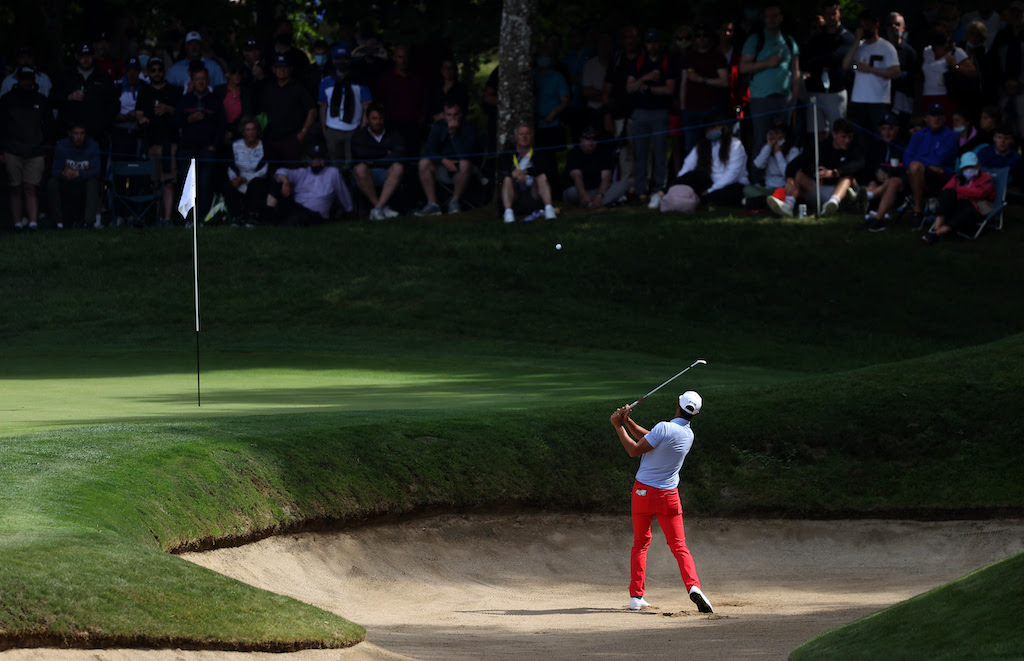 General admission tickets for Sunday at the 2022 Horizon Irish Open have sold out completely, the earliest sell-out day in the tournament’s history as excitement builds for the prestigious event’s return to Mount Juliet Estate, from June 30 – July 3.

Mount Juliet last year hosted the island of Ireland’s national open for the first time since 1995 and for just the fourth time in the event’s history, with Australia’s Lucas Herbert triumphing in front of sell-out crowds at the County Kilkenny venue.

After a hugely successful hosting in 2021, tickets for the 2022 edition went on sale in December, sparking record demand during the festive period. The final 500 tickets were advertised to fans through Horizon Irish Open platforms in recent weeks and were duly snapped up, meaning no general admission tickets remain for the final day of the historic championship.

Saturday and Friday are also on course to sell out so fans are encouraged to purchase their tickets here as soon as possible to avoid missing out, while tickets also remain for the first tournament day, Thursday, and Celebrity Pro-Am Wednesday – when the world of entertainment and sport mix for a fun-filled curtain-raiser.

Premium Experiences hospitality are also selling fast, with The Range Club – an ideal offering for smaller groups wishing to relax in style and enjoy outstanding service in a relaxed hospitality environment – already sold out on Saturday and Sunday.

The Green on 18 Experience, which offers private tables and access to the greenside terrace, is sold out for Friday and close to sell-out on Sunday, so fans are also encouraged to sign up for all remaining Premium Experience packages (click here) to avoid disappointment.

“The Irish golf fans are some of the best in the world so it is no surprise that they are relishing the opportunity to return to their national open at the spectacular Mount Juliet Estate this summer,” said Simon Alliss, the DP World Tour’s Championship Director for the Horizon Irish Open.

“Last year’s event had a limited capacity while the previous year was played behind closed doors due to Covid, so there is obviously a strong desire for world-class live sport. We expect that this year’s Horizon Irish Open will be a return to the festival of golf and entertainment the tournament has long been famous for.

“With a strong field expected, an increased prize fund thanks to the Strategic Alliance with our partners at the PGA TOUR and a world-class venue in Mount Juliet, it is shaping up to be an unmissable week and we look forward to welcoming the Irish people back through the gates.”

Last year, the returning home fans watched Herbert triumph in wire-to-wire fashion, sealing a three-stroke victory for a second DP World Tour title. The promising 25-year-old has since won for the first time on the PGA TOUR, at October’s 2021 Butterfield Bermuda Championship.

Prior to the 2021 edition, Mount Juliet had hosted the Irish Open for three consecutive years in 1993, 1994 and 1995, won by Nick Faldo of England, Bernhard Langer of Germany and Sam Torrance of Scotland respectively.

Complimentary tickets for those aged 12 years and under are available upon purchase of an Adult ticket.
It has been a record year thus far for DP World Tour ticket sales, with events in the UK and Ireland experiencing unprecedented demand for tickets. Golf fans are urged to purchase early here for their favourite tournaments to avoid missing out.