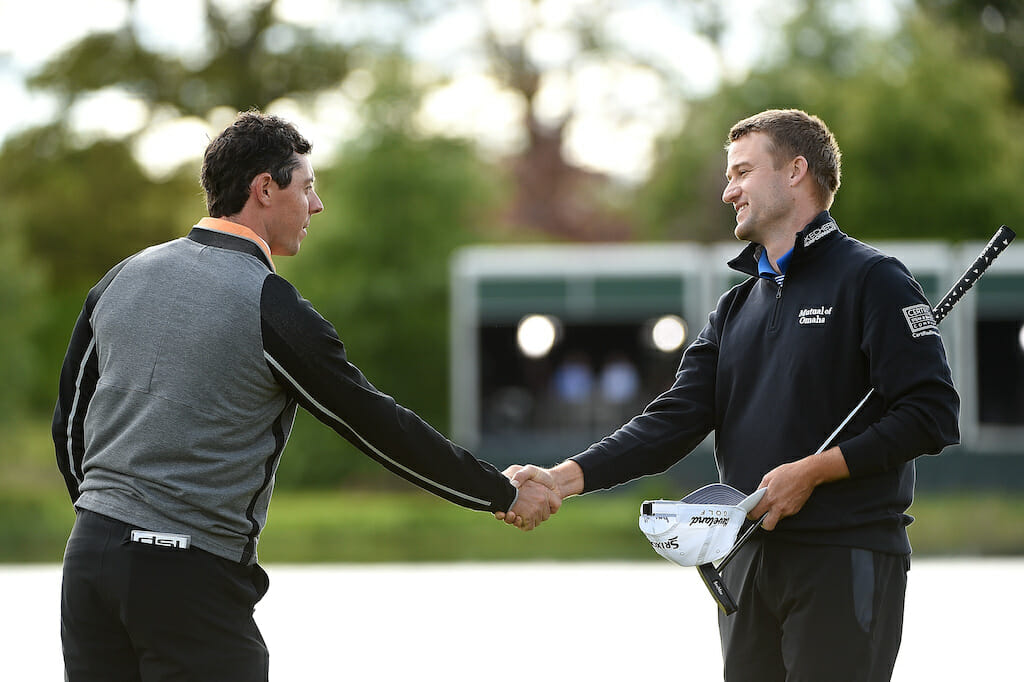 After his best New Year start in four years, Russell Knox is determined to ‘roll the snowball’ all the way to his best season in this his 15th year in the pro ranks.

Former Irish Open winner Knox produced four rounds in the 60s, including a Hawaiian last day 65 to share seventh place in the Sony Open on the island of Oahu.

It was the Scot’s best finish in the event that he’s played at the start of a New Year for the past four years and helped him pocket £167,000 while he was also rewarded with a jump of 46 spots to World No. 255.

Knox, 36, produced a bogey-free last day for a 65 and finished seven adrift of Masters champion Hideki Matsuyama, who pulled off the shot of the tournament at the first playoff hole, the par-5 18th, when he hit a 3-wood second shot into the setting sun to just three-feet from the hole for eagle, denying American Russell Henley who bogeyed the hole.

Knox, chasing a first win since his playoff victory at Ballyliffin, was delighted with his first event of the year.

He said: “It was four nice rounds and it’s one of my best finishes in a few years. I played well all week.

“I have worked extremely hard this off-season, so the week has been a good reward to have a good tournament with a lot of positives in all areas of my game. This result just validates all the hard work I have put in over the past six weeks.”

Knox also singled out the work with his coach Mark McCann, who’s been on his team for near-on 18 months

He said: “Mark and I have built a strong relationship and it’s the most confident I have felt in my game in quite a few years now.”

Buoyed by his result, Knox is this week in Palm Springs, California looking to build on the Hawaiian effort in the American Express where he finished top-20 a year ago.

He said: “I just want to get back to where I feel as though I belong, whatever that is as I keep that to myself, but the last couple of years, I just haven’t felt I have played like I should have.

“So, it’s nice to just get going here in Hawaii and maybe we can now start rolling the snowball and make it bigger as the year goes on.”