Lowry looking forward to starting his season back in Abu Dhabi 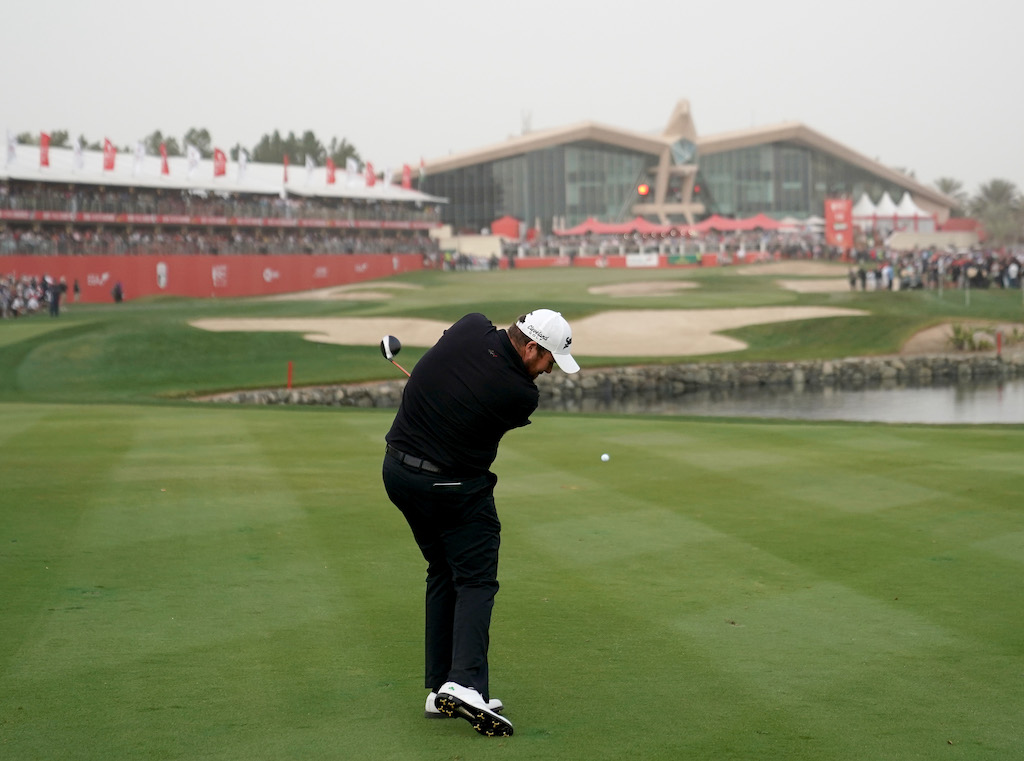 2019 champion Shane Lowry has confirmed he’ll begin his season in Abu Dhabi when he joins fellow past champions Tyrrell Hatton, Tommy Fleetwood and Lee Westwood at the Abu Dhabi HSBC Championship with Yas Island all set for the opening Rolex Series event of the 2022 DP World Tour season from January 20-23.

The quartet will be joined at Yas Links Abu Dhabi by their Ryder Cup team-mates Viktor Hovland, Ian Poulter and Bernd Wiesberger and their 2020 Captain Pádraig Harrington. Former Masters Champions Adam Scott and Danny Willett also return to the Emirate, with 2016 Open Champion Henrik Stenson looking to add another victory in the Desert to his impressive resume.

Lowry sealed victory in 2019 with a birdie on the 72nd hole to beat South African Richard Sterne by a single shot, kickstarting a season that would see him saunter to a maiden Major title at the Open Championship at Royal Portrush that summer.

“I obviously have very fond memories of this event and there is always a great vibe as the year gets underway with great weather, a strong field and a lively atmosphere among the fans.”

The World Number 22 will defend the prestigious falcon trophy at Yas Links Abu Dhabi, where Northern Irishman McIlroy will tee off his 2022 season and recently crowned DP World Tour Number One and two-time Major Champion Collin Morikawa will make his Abu Dhabi HSBC Championship debut – the duo having already committed to back-to-back events in the UAE.

“Abu Dhabi was a crucial win for me in January,” said Hatton, a two-time Ryder Cup player. “It was my sixth Tour victory, and I was incredibly proud to join such an illustrious list of champions. It was without doubt the perfect start to my 2021 season.

“I’m excited to defend my trophy at Yas Links Abu Dhabi. It’s great to be at a new, world class venue and I know it will be a fantastic week with a stellar field.”

“I always love starting my season at the Abu Dhabi HSBC Championship and that is reflected by my results there down the years,” said two-time winner Fleetwood. “It is set to be a great week at Yas Links, which is a great venue worthy of an event of this stature.”

“I can’t wait to get to Yas Links as it hosts the Abu Dhabi HSBC Championship for the first time, said two-time Rolex Series winner Westwood. “It’s a course I really enjoy and hopefully that, along with the memories of my win in Abu Dhabi in 2020, can help me put in a strong performance and put myself in contention come Sunday.”

Scott, the 2013 Masters Tournament champion, has also confirmed his return to Abu Dhabi, making his first appearance at the tournament since 2008. The 41-year-old will tee it up in the 17th edition of the event as it moves to one of the world’s fastest growing leisure and entertainment destinations in Abu Dhabi.

The former World Number One is an 11-time Tour winner having claimed several titles in the Middle East and most recently securing the Australia PGA Championship, but his greatest victory so far came nine years ago at Augusta National. He birdied the 72nd hole to force a play-off with 2009 champion Angel Cabrera before birdieing the second extra hole to become the first Australian to wear the coveted Green Jacket.

His Excellency Aref Al Awani, General Secretary of Abu Dhabi Sports Council, said: “We are delighted to welcome back our defending champion Tyrrell Hatton, along with our most recent tournament winners Tommy Fleetwood, Shane Lowry and Lee Westwood to the 17th edition of the Abu Dhabi HSBC Championship.

“As we move our distinguished Championship to Yas Island for the first time, we are looking forward to showcasing the magnificent Yas Links golf course, the incredible facilities on offer for players and spectators alike, plus the stellar field of world class golfers kicking off an exciting year of sport in the UAE.”