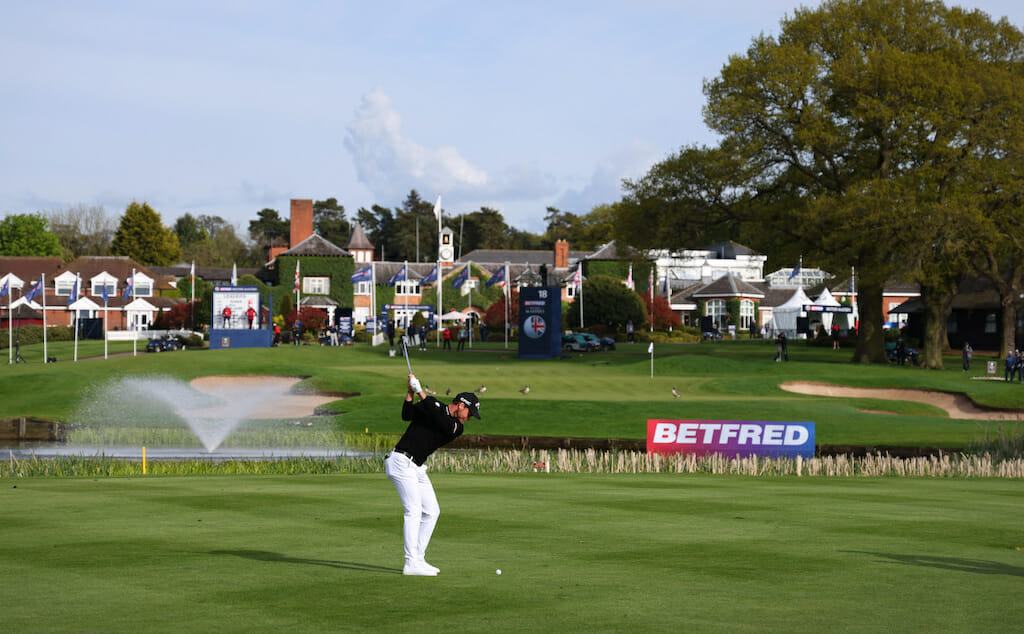 Tickets for the Betfred British Masters hosted by Danny Willett will go on sale on Thursday December 9, with pre-registered fans given priority access to a limited number of tickets available for an exclusive Launch Price.

The Betfred British Masters returns to the historic Belfry, venue of the Ryder Cup on four occasions, from May 5-8, 2022, with 2016 Masters Tournament champion Danny Willett assuming the role of host once again.

Tickets will go on sale for the 2022 edition on Thursday December 9, beginning with a limited number of Launch Price tickets available to pre-registered fans, from 11:00am. Tickets will then go on general sale at 5:00pm later that afternoon.

The Betfred British Masters returned to The Belfry earlier this year, with the Sutton Coldfield venue hosting the tournament for a fifth time. It has previously hosted 18 European Tour events since 1979.

Fans hoping to access the priority window can register their interest here, including information regarding premium experiences which will also be available to view and purchase online from Thursday.

Since the Betfred British Masters was restored to the Tour’s International Schedule in 2015, it has been hosted by some of British golf’s leading players, starting with Ian Poulter at Woburn, followed by Luke Donald at The Grove (2016), Lee Westwood twice at Close House (2017 and 2020), Justin Rose at Walton Heath (2018) and Tommy Fleetwood at Hillside (2019).

Last year, Richard Bland ended a near 20-year wait for his first title as he defeated Italy’s Guido Migliozzi in a play-off to win on his 478th start. The victory kickstarted a career renaissance for the Englishman, who went on to finish a career-high 11th on the season-long standings.

Betfred, the UK-based bookmakers, will be the title sponsor of the tournament for a fourth consecutive year.

“I’m honoured to have the opportunity to host the Betfred British Masters for a second time,” said Willett, who became the first Englishman in 20 years to win the famous green jacket at Augusta National in 2016. I’m even more excited as we’ll have the opportunity to play in front of fans who unfortunately had to miss out last year due to the pandemic.

“The Betfred British Masters has been played on some fantastic golf courses over the years, and The Belfry is no exception. I learned a lot from last year’s hosting duties and I’m looking forward to playing my part in putting on a successful tournament for the home fans.

“I’d also like to extend my thanks to Betfred for their continued support of golf. They are a great partner for the tournament and a lot of credit goes to Fred (Done) and his team for their commitment to this event.”

The Belfry is easily accessed from the M6 motorway and is less than half an hour’s drive from Birmingham city centre. Parking will be available for spectators at the golf course, with details to be released closer to the event.

Complimentary tickets will be available for those aged 12 years and under upon purchase of an Adult ticket.