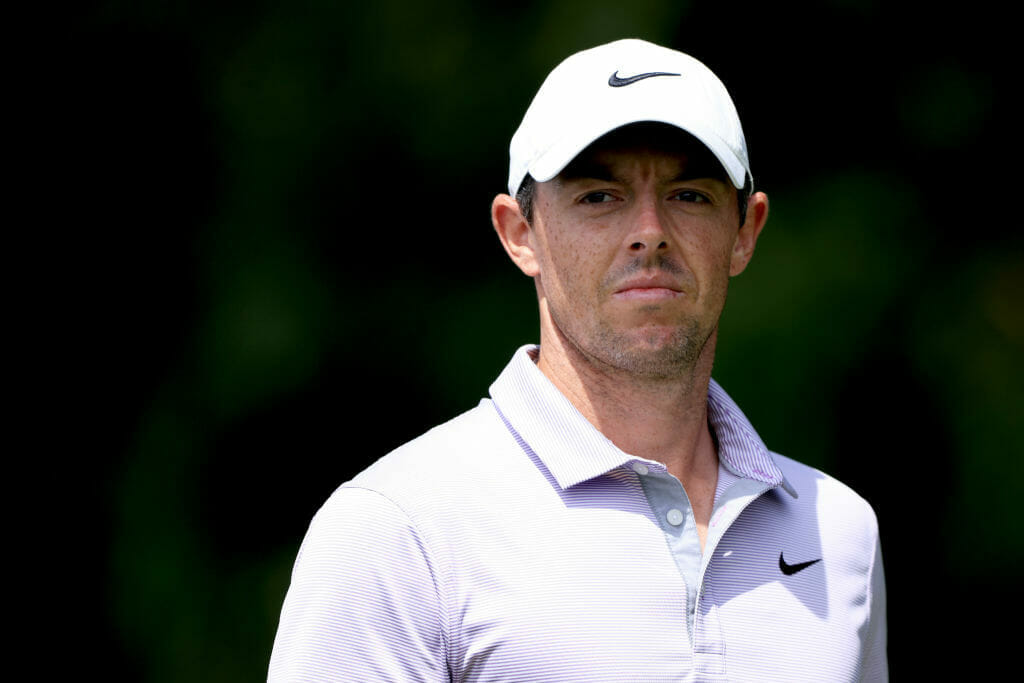 In a stunning turnaround of opinion, Rory McIlroy has come out declaring golfers are ‘independent contractors’ and should be allowed to tee-up where they choose.

McIlroy was answering a question ahead of this week’s $3.5m Hero World Challenge in the Bahamas regarding the Saudi-based controversy that has gripped golf.

The four-time major winner, who is Chairman of the PGA Tour Players Advisory Committee, has been most vocal in declaring last November that Saudi Arabia’s drive to attract the best players to the Saudi International had ‘no morality to it’ and then in May this year, McIlroy stated it was a ‘money grab’.

Those players announced as competing next year in Saudi along the Red Sea shoreline include the likes of Dustin Johnson, Brooks Koepka, Tommy Fleetwood, Adam Scott, Shane Lowry, Graeme McDowell, Abraham Ancer and others, are being threatened by both the PGA Tour and European Tour with a possible ban should they compete.

“We’re independent contractors and we should be able to play where we want to play. So in my opinion I think the Tour should grant releases,” said McIlroy. “It’s an Asian Tour event, it’s an event that has OWGR rankings, I don’t see any reason why they wouldn’t.

“I do see reasons why they wouldn’t grant releases, but I think if they’re trying to do what’s best for their members and their members are going to a place other than the PGA Tour and being able to earn that money, I mean, we’re independent contractors and I feel like we should be able to do that if that’s what our personal choice is.

“My personal choice is not to do that, but obviously a lot of players are doing that and I think it’s fair to let them do that.”

It prompted McIlroy being asked that it could lead to drawn-out legal battles.

“I think the professional game needs to get to a point where we as professionals need to know where we stand,” he added.

“Are we actually independent contractors? Are we employed by a certain entity? That’s stuff that’s just — there’s a lot of grey area in that and that’s what sort of needs to be sorted out.

“I think the tour understands where the players are coming from, too. I think some of the things that you’re seeing the Tour put in place are maybe a reaction to some of that sentiment.

“Yeah, but again, my view as a professional golfer is I’m an independent contractor, I should be able to go play where I want if I have the credentials and I have the eligibility to do so.”