McIlroy parts ways with Cowen: “Now it’s Michael and me” 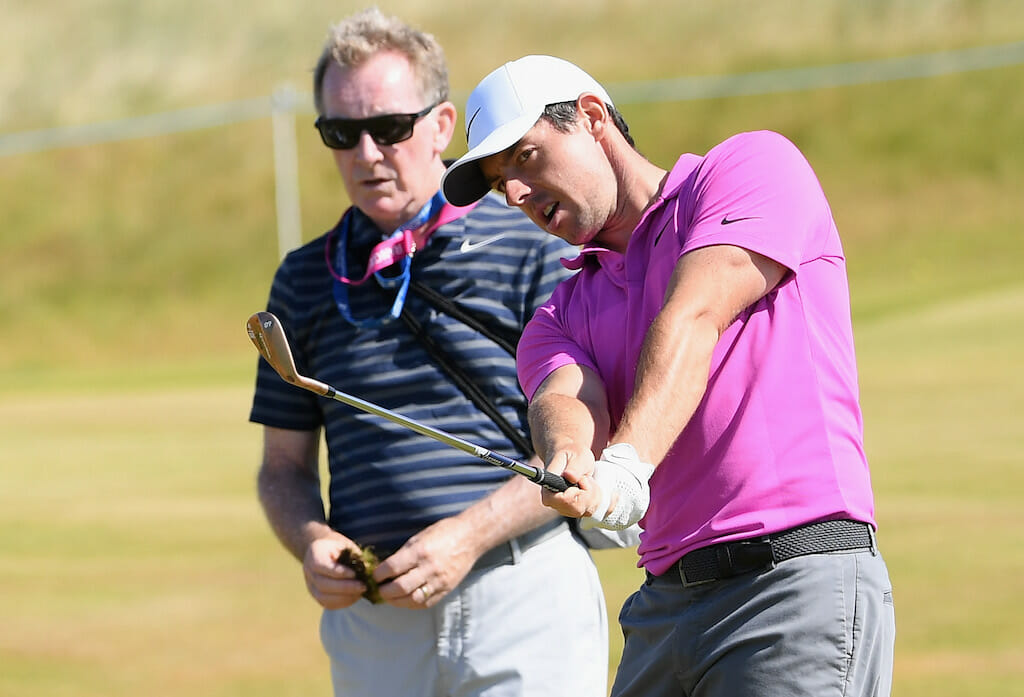 After an eight-month stretch, Rory McIlroy has moved away from swing coach Pete Cowen to return to his life-long coach, Michael Bannon.

“Yes, Michael and I are back working together,” McIlroy told Golfweek. “I’ve always had a relationship with Pete and I’ll ask for his input if I feel I need it. But now it’s Michael and me.”

It was only last month that Englishman Cowen wrote an article for a UAE paper to explain that “Reports of my death have been greatly exaggerated” when it came to his working relationship with McIlroy.

“I have been contacted by a number of the UK golfing media over the last 72 hours about where I stand with Rory McIlroy,” Cowen said.

“It seems, because I was not with him last week in Las Vegas when he won the CJ Cup on the PGA Tour, everyone assumes we are not together. Does anyone realise that I cannot be with all my players, all the time, wherever in the world they are playing?

“Just to put the record straight to all Gulf News readers and the rest of the world, I spoke to Rory as recently as Thursday.

“All I can say, to use the quote attributed to Mark Twain, ‘Reports of my death have been greatly exaggerated.’”

McIlroy was last seen working with Cowen at the Ryder Cup in Wisconsin, a low point for McIlroy who despite winning a point for his team in the singles, was extremely emotional following his performance over the first two days at Whistling Straits.

It prompted a period of reflection, inside and out, then in October he won the CJ Cup in Las Vegas and was working with Bannon just a few days later back home in Florida. In truth, Bannon had never gone away, but with Covid restricting travel, and Cowen, who had previously worked with McIlroy anyway, more accustomed to being on Tour with his busy stable of stars, their eight-month stretch together was more borne out of complicated circumstances than it was a change of direction.

Never was that more evident than in his post-victory CJ CUP interview where the four-time Major winner admitted to chasing something that perhaps wasn’t there in recent times when all along, the answer to his problems lay closer than he thought.

“There was a lot of reflection in the last couple of weeks.,” McIlroy said. “This is what I need to do. I need to play golf, I need to simplify it. I need to just be me. I think for the last few months I was maybe trying to be someone else to try and get better.

“I realised that being me is enough, and being me I can do things like this.”

So it’s back to basics for Rory McIlroy, and in a game as convoluted as this one, that’s not a bad thing. Bannon built this swing, perhaps the most enviable swing in golf and now it’s up to Rory to trust it. Good news is, we’re set to get two good looks at where McIlroy’s game is at in the coming weeks, first at the DP World Tour Championship in Dubai next week before the Holywood star heads to the Hero World Challenge, hosted by Tiger Woods, from December 2-5.