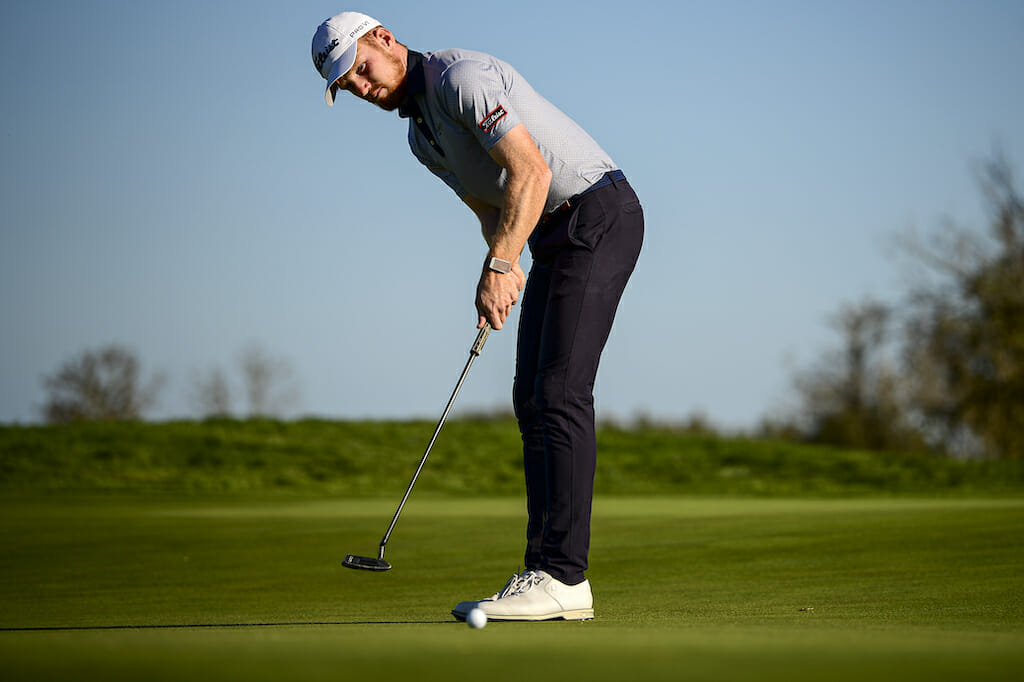 When John Murphy missed a rare cut in his final event of the season at the Challenge Costa Brava, it didn’t immediately dawn on him just how significant it could be.

Teetering on the edge of the top-70 on the Road to Mallorca standings, all of whom would be guaranteed a full Challenge Tour card for next year, Murphy’s place in 69th was vulnerable, not least because he found himself with the weekend off.

“It didn’t dawn on me until I actually missed the cut that this might actually be a nervy little wait here,” Murphy admitted of his sixth missed cut from 15 starts across the Main Tour and Challenge Tour in 2021.

“I looked at the leaderboard after I missed the cut and saw that there was five or six people who could’ve jumped me on the rankings. That would’ve been a tough way to finish what’s been a very enjoyable season but thankfully I held on and got the full Challenge Tour card for next year.”

Off limited starts, Murphy made the grade in 69th on the Road to Mallorca. Where some players making the top-70 played twice as many events as the Kinsale man, Murphy managed to secure his future from just 12 appearances – a testament not just to his consistency but also to his approach – one of realism and acceptance from the outset that alleviated pressure as opposed to mounting it.

“With no Q-School this year, I did come to terms with the fact I could be a few months down the line with no status for next year and I’d have to reanalyse,” Murphy said.

“It was a very likely scenario that if I didn’t finish top-70, then you’re probably not going to have a very good status for next season but thankfully I was able to put all of that to the back of my mind as the season was going on.”

Two fruitful trips to the European Tour where he banked almost €100,000 for a tied-ninth effort at the Dunhill and a top-25 finish at the Spanish Open didn’t count towards his Challenge Tour ranking but certainly supplemented his belief.

Off the back of a fortnight mixing it with the best the main tour has to offer, Murphy returned to the Challenge Tour at Emporda the following week where four straight 67s, highlighted by a 72nd hole eagle, saw the 23-year old grab a crucial tie for third that launched him inside the top-70.

“There were some really important results, it wasn’t just that third place finish,” Murphy admits.

“There were a lot of things that went my way as the season went on and obviously I needed that off a limited schedule but it’s certainly nice now to have full rein next year to be able to play in as many Challenge Tour events as I want.”

And after practically condensing a full amateur schedule with Louisville together with a relentless summer in the pro ranks, Murphy’s feels his whirlwind introduction to life on Tour should stand him in good stead, not just for planning his schedule, but also when it comes to knowing his limits when it comes to producing his best on the road.

“It’s great to know moving forward that if you’re smart about it and manage yourself well, it’s possible to play good golf in the midst of a very busy schedule,” Murphy added.

“It’s easy to use tiredness as an excuse if you’re not playing well but that’s no excuse really because I was able to make the cut the week before I missed the cut. I was able to finish third and it was probably the best golf I played all year.

“That gives me a lot of confidence going forward that if I am in my fifth or sixth week in a row, there’s no reason why I can’t play well.”