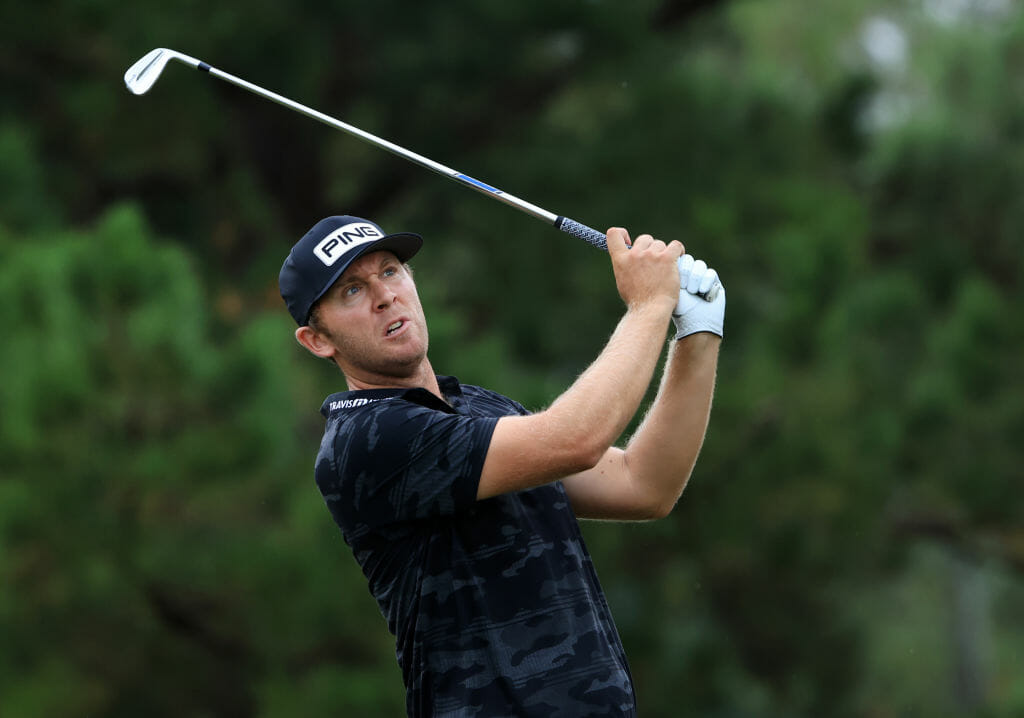 Seamus Power and countryman Graeme McDowell probably thought they were back home competing on the wind-lashed west coast of Ireland rather than the sun-splashed holiday island of Bermuda.

The Butterfield Bermuda Championship’s exposed clifftop Port Royal course was near defenceless in the warm but extremely windy conditions on day one in the third hosting of the PGA Tour event.

Power returned from a fortnight’s competition break battling the conditions superbly to sign for a four-under par 67 while McDowell ended with a respectable one-under 70.

“I’m very pleased how I played as we definitely got the easier part of the day there in the afternoon, but there’s still a strong enough wind that your score could get away from you if you lost control of your ball,” said Power.

“So, yeah, overall, very pleased and hanging in there was the thing today. On some spots on the course it was really blowing, but the greens were much better than I thought. I thought it was going to be very difficult to putt with the strength of the winds. I figured we wouldn’t be able to putt or roll them with as fast as the ball’s rolling. So overall very pleased, very happy and in a good spot for tomorrow.

“I’ve been living in the States for a while now but it was like being back home in Ireland out there. You know, you just get used to playing in the wind, I think. Like you just kind of learn that the wind will move it back and little things like that where you’re not always trying to fight it. You see guys who don’t play in a lot of wind, you try to overdo in my opinion.

“Obviously everyone’s got their own way of doing it. But it’s definitely an advantage, you just kind of learn tricks and kind of what not to do here and there. I was trying to do that as best I could today.”

As highlighted by Power, the talking point for a second day running was the weather with the winds gusting close to 60kmph, strong enough to blow the proverbial dog off a chain. A day earlier, the winds were nudging close to 70kmph forcing the cancellation of the Pro-Am and no doubt would have sent the dog into the Atlantic, too.

Former Irish Open winner Russell Knox, who grew-up in the windy north of Scotland, was out in the second group of the day and said he’s never experienced conditions as tough in shooting a gutsy one-over 72

“I’ve played here the two years they’ve staged the event but it’s easiest the toughest it’s been out there as was pretty much a case of battening down the hatches and trying to keep the bogeys off the card,” he said,

“It just brutal out there and a real test of patience, so I’m just happy to be off the course and in the clubhouse as it’s not fun out there. At the ninth, we were on the front edge of the green there and I’ve never experienced wind that strong, I think, on a golf course.

“I mean, we were down on the ground holding an umbrella. My fingers were cramping. I’m holding on so tight and it was pouring rain as hard as it’s ever rained. It was an interesting day. It rained like three or four times and when it did, it was unplayable when it was raining because the winds picked up. It was definitely an interesting day, one which I’ll never forget.”

Only a handful in the morning half of draw managed to break par with Power and McDowell enjoying slightly less windy but still testing conditions in the afternoon half of the draw.

The Irish duo, grouped together for a first time in PGA Tour competition, were among the host TV ‘feature’ groups and were holding their own fighting the conditions.

Power began with an opening hole birdie but dropped a shot before both he and ‘GMac’ birdied the par-4 fifth with Power jumping to two-under with a birdie on seven. McDowell three-putted the eighth for bogey but bounced back with birdies on nine and 10, with the 10th doing Power no favour as the wind clearly affected his missed short birdie attempt.

Power then put himself superbly into a share of fourth holing a birdie gem at the 14th to move to three-under and remained at that score following a great up-and-down from a greenside bunker at the par-3 16th.

McDowell bogeyed the 16th to drop back to level par ahead of a birdie at 17 to finish with a highly-respected one-under 70 before Power followed him in with a birdie of his own to sign off with four-under 67.

Patrick Reed pulled off easily the ‘shot of the day’ at the par-5 17th where he was first forced to take a penalty drop in finding bushes right of the fairway.  Then in standing on a concrete cart path, the Masters Champion pulled out a 6-iron that took one bounce to find the bottom of the cup for a stunning eagle ‘3’. Disappointingly, Reed then ended with a bogey to let slip, finishing at four-under.

And there’s much to play for this week as the event, first staged in 2019, sees the winner, if not otherwise exempt like Reed, earning a 2022 Masters invitation, and this after the prize purse was boosted to €5.5m.

Play was suspended due to darkness at 6.34pm, leaving some 13 players to resume their opening round at 8.15am local time. The second round will begin as scheduled at 7.35am with Power and McDowell off the 10th tee at 8.19am local time (12.19pm Irish).