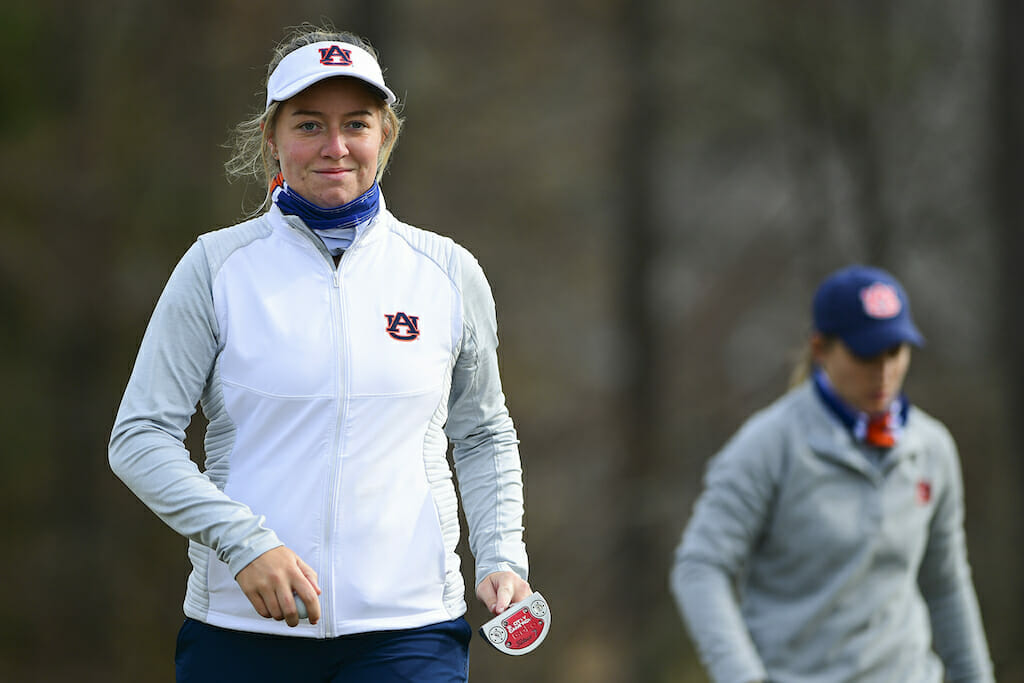 The Sophomore followed up a career-low three-under opening 69 with four birdies in a one-under 71, moving to a share of fifth overall, though a full 11 shots back of Benedetta Moresco’s lead.

As a team, Auburn shot four-under on Tuesday with Foster’s teammate Megan Schofill following a career-equalling four-under 68 to set a new mark with a 66 (-6), and it was an eagle on the last hole that did it.

“It was so cool that her teammates, dad, friends and other teams got to witness the hole out from 70 yards,” Auburn head coach Melissa Luellen said. “She flew it three paces long, and it backed up right into the hole.”

After shooting even par on the front nine, Schofill turned it on with four birdies and an eagle on the back nine to move into second place on The Ally at Old Waverly leaderboard. She’s now at 10-under through the first two rounds with a total of 11 birdies and an eagle.

Foster’s four birdies on Tuesday were followed in by Senior Mychael O’Berry who also shot in the red, carding a 2-under 70 in the second round. Forrest Little’s Julie McCarthy has struggled with rounds of 78 and 77 over the first two days for the Tigers.

“Mychael and Anna played very solid,” Luellen said. “We just need to get all five going at the same time to make a move.”

Auburn will close out The Ally on Wednesday, teeing off at 8:30 a.m. CT. The Tigers will be paired with TCU and Texas A&M.