Foster fires career-low round to lift Auburn at Old Waverly 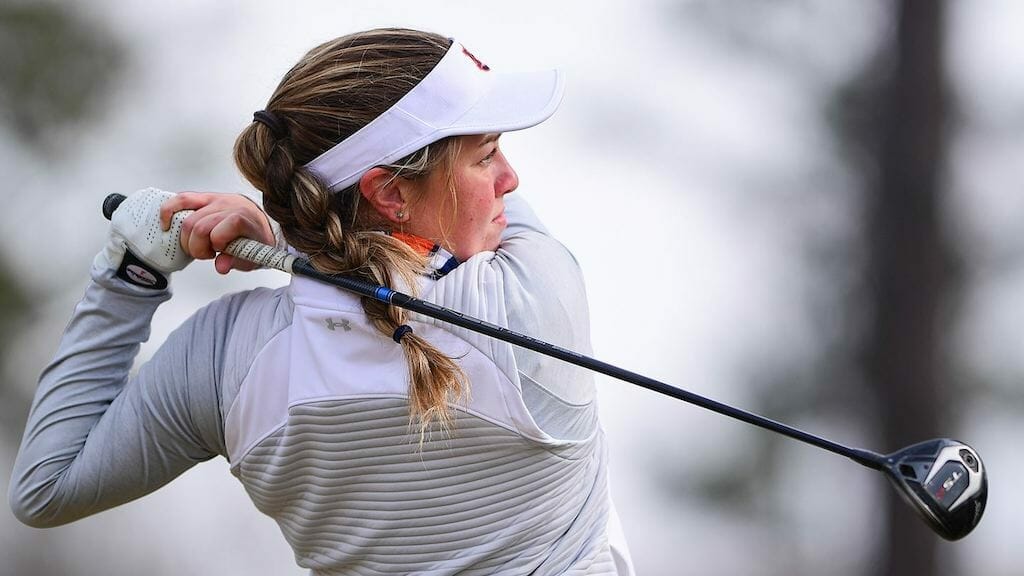 Elm Park’s Anna Foster and teammate Megan Schofill lifted the Auburn women’s golf team on Monday with career performances in the first round of The Ally at Old Waverly.

Foster set a new career low, firing a three-under 69 in the first round. The sophomore made a total of five birdies, including three straight on holes 8-10. She is tied for sixth overall, six shots back of the lead.

Schofill matched her career-low round with a 68 (-4) and made seven birdies on the day, tied for second most in the field. Five of the seven birdies came on the front nine, and the only blemish on the back nine was a double bogey on 18. The junior, who finished second overall at Old Waverly two years ago, is tied for fourth on the individual leaderboard.

Schofill and Foster have now both shot par or better in six of their seven rounds this season. As a team, Auburn is in eighth place at The Ally after finishing the day at 2-over par. The Tigers were as low as 6-under at one point but faltered down the stretch.

“A better start but a sloppy finish today,” Auburn head coach Melissa Luellen said. “Anna did a great job playing No. 1 for us. She played steady all day and made some birdies as she had lots of opportunities. Megan made a lot of birdies but struggled with the speed of the greens in the closing holes as they got quicker and as the day got windier.

“We made a few good adjustments with the team post-round and feel ready for a strong moving day tomorrow.”

Sophomore Elina Sinz, Auburn’s top finisher last year at The Ally, carded a 76 (+4) and is in a tie for 52nd through the first round. She’s followed by Mychael O’Berry and Julie McCarthy who are tied for 58th and 62nd respectively.

In the second round, Auburn will tee off at 9 a.m. CT from the 10th hole and will be paired with LSU and Mississippi State. Live scoring can be found on Golfstat.com.