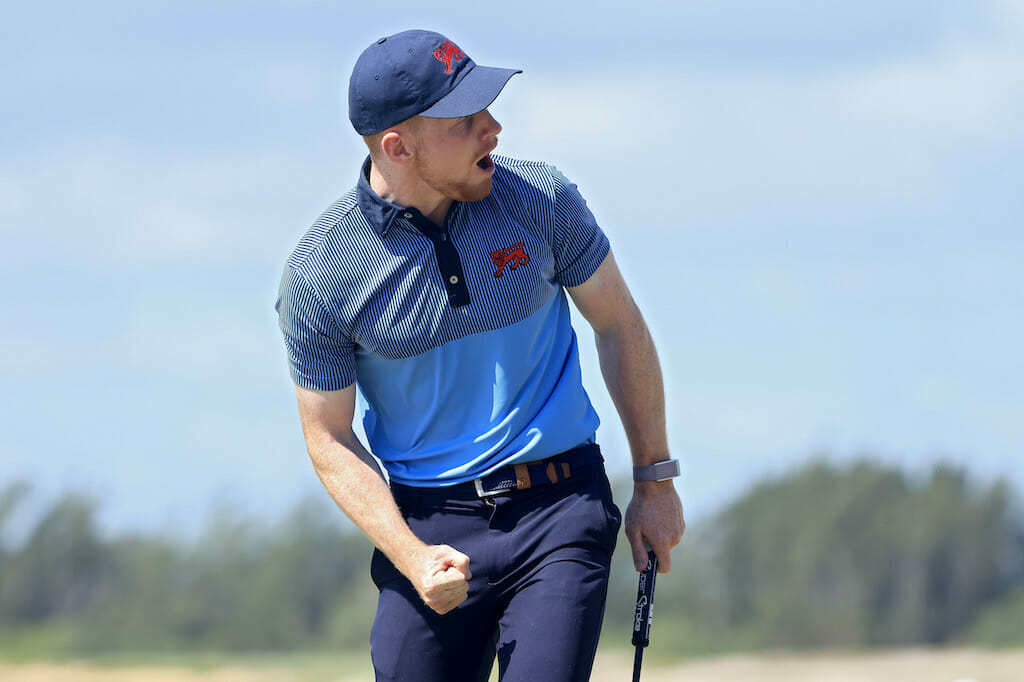 Former Walker Cup player turned professional John Murphy has backed Peter O’Keeffe for a spot on the Great Britain and Ireland team should his form continue into the 2023 tournament at St. Andrews.

After becoming just the seventh Irishman to capture the Irish Close and Open amateur titles in the same year with his victory at The European Club on Sunday, O’Keeffe made a point of putting his name in the hat for a first Walker Cup cap, an honour he believes he’s been worthy of in the past.

“I’d love to play on the Walker Cup team – I think I deserve it at this stage,” he said.

“I think I’ve deserved to be in that mix in the past and I haven’t for some reason but I don’t see any reason why I shouldn’t be in that conversation now.”

“It’s about winning titles for me. Playing Walker Cup would be a great honour but it’s about putting my name on as many trophies as I can now. I always say teams come on the back of performances and if I can keep winning, then that should take care of itself.”

Kinsale star Murphy impressed upon his sole appearance at the biennial contest, coming out with his reputation enhanced despite suffering a loss to the USA at Seminole. Having experienced the team dynamic for arguably the most iconic event in all of amateur golf, Murphy sees no reason why O’Keeffe wouldn’t excel in that team environment if given a chance by selectors.

“I think it would be great to have someone like Peter,” said Murphy, who competed against his fellow Cork man regularly before turning pro this past summer.

“He’s a fountain of knowledge and it would be great for the team to have somebody like that in there. I don’t think he’d be in any way intimidated by whatever 19 or 20-year old world number one  is coming through from the States next – he’s not going to be fazed by that at all.”

Ageism is one thing that could stand in O’Keeffe’s way though. The Douglas man turns 40 in November and although he’s in the shape of his golfing life and winning all ‘round him, the GB&I selection process has seemingly been reserved for younger players of late.

The U.S. selection committee have a rule in place that one Mid-Am over the age of 25 must be selected each year, however, and given the results the Stars and Stripes have been producing, it’s a tactic that has served their cause very well.

“I think it would be cool to have somebody like that,” Murphy added.

“The U.S. team obviously has to include a Mid-Am. That’s been Stewart Hagestad the last few years and he seems to get on really well in their team environment so I don’t see why it would do any harm at all having someone like Peter in the GB&I team room as well.”