Coulter just one back ahead of Co. Louth finale 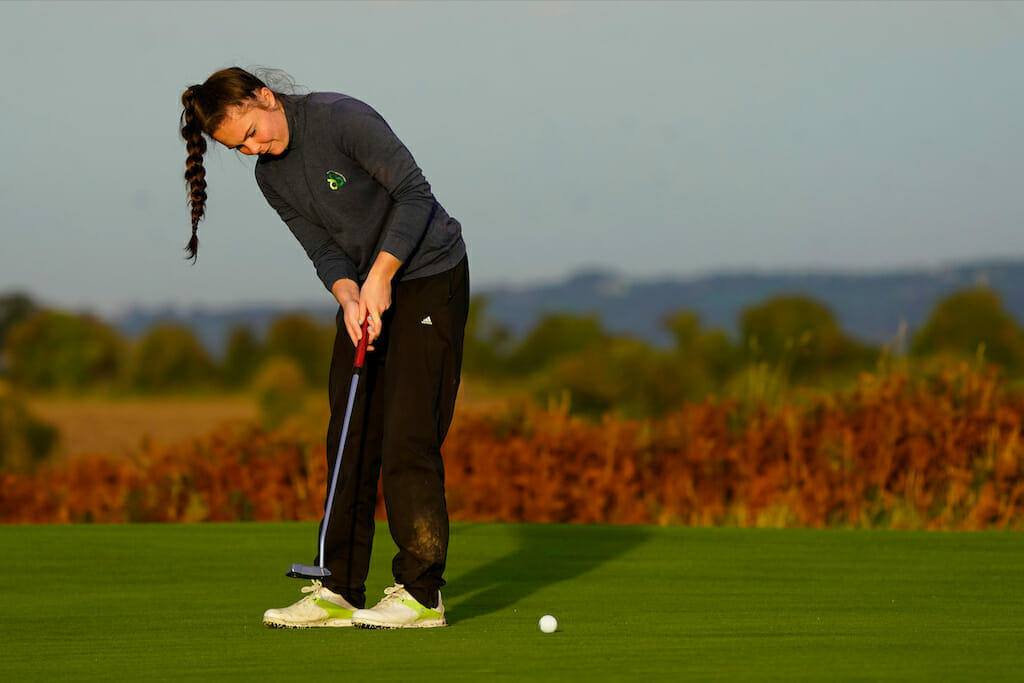 Three players sit tied for the lead through 36 holes of the Irish Women’s and Girls Amateur Open Championship at Co. Louth Golf Club.

Moa Svedenskiöld (Sweden) and Charlotte Back (Germany), alongside overnight leader Aada Rissanen (Finland) are on 8-under par with Ireland’s Beth Coulter (Kirkistown Castle) one shot further adrift after rounds of 70 and 71.

Back, who has had 3 runner-up finishes in her last 4 events, fired a second round 71 (3-under) despite a double bogey on the par-4 14th. Like many players, she has been feeling the effects of a condensed season coming to a close.

“I took a bit of a break for a couple of weeks recently as towards the end of the season I was pretty done!” explained Back. “I played last week to get back into competition before this week. I wasn’t sure what to expect coming here, I said I was just going to play and hit fairways, hit greens, play solid and the best I can.

“The first 9 holes were very good today, and then I had my first bogey on the 10th after being bogey-free yesterday as well, but it was OK, I played good.”

Svedenskiöld also added a 71 to her opening round of 69 which included four birdies and just one error, also on the 14th.

“Today was good,” she reflected. “Up until the 14th I think I had hit most greens and made some putts but it’s very difficult around the greens, if you miss around the greens you’re screwed or you need to hit a fantastic shot. It’s a challenging course but a lot of fun.”

Coulter is the top ranked player in the field, currently 139th in the World Amateur Golf Rankings, and has dropped shots on just 3 holes so far this week, crediting the course condition for the low scoring.

“We’ve had two really good days to shoot two good scores,” said Coulter. “The fairways are unbelievable, there isn’t a bad spot on them. The same with the greens, they’re rolling really, really well and it gives you the opportunity to make some birdies which is really nice.”

All four leading players were drawn with early tee times on day 2, meaning a long afternoon to fill with thoughts of a race to the finish line tomorrow. Being close to home could be an advantage for Coulter however.

“I’ll do some practice here and get something to eat but there is a Camogie match on at home this afternoon which I might coax Dad to go back to home to watch,” laughed Coulter. “That would take me away from the golf to relax a bit but even if not I’ll do some practice here. All the putts didn’t drop for me today so I’ll work on that but hopefully I’m just saving them for tomorrow!”

The cut for the top 50 players and ties fell at +11, with 55 players competing in the final round tomorrow.