Donegan making her mark at Indiana 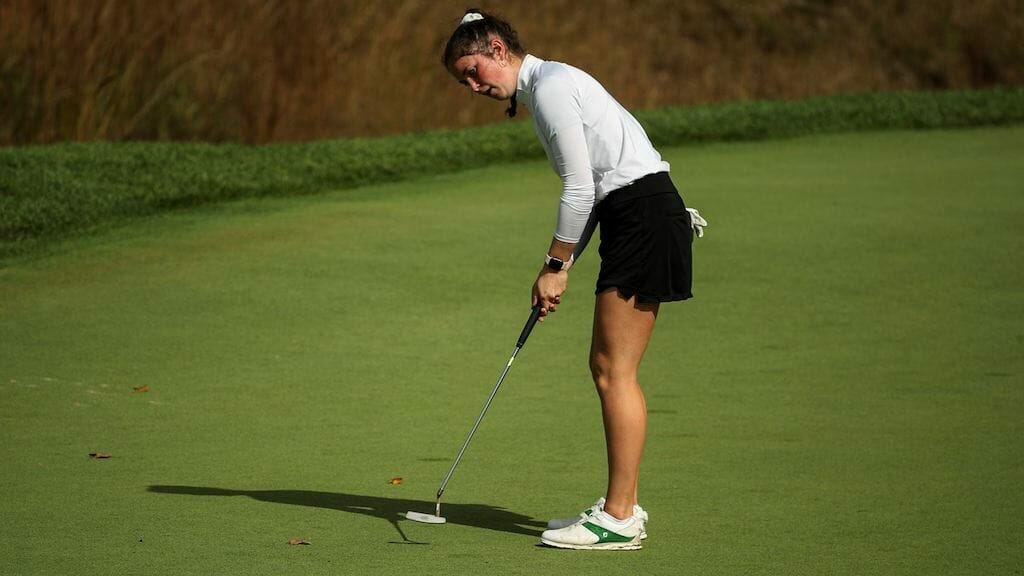 Lahinch’s Aine Donegan signed off on her fourth straight top-15 finish at the Illini Women’s Invitational to kick-start her collegiate career in incredible style in Indiana.

Donegan has top-scored for the Hoosiers in all four of her fall starts in a seamless transition stateside where she fired seven birdies over her final two rounds to return a team-low five-under par three round effort.

Donegan tied with Ashley Kozlowski (Purdue) and Patrice Mackova (Maryland) for the top spot among Big Ten golfers in the field. The trio all tied for sixth overall in the individual ranks. The tournament marked the first for Donegan in which she was under par in all three rounds. She is the first Hoosier to accomplish that feat over 54 holes since Priscilla Schmid at the Dick McGuire Invite on Sept. 9-10, 2019.

In fact, Donegan has now played at or under par in six of 11 rounds this season with the Freshman tying sixth spot at Medinah Country Club in this latest outing.

Earlier this year, Donegan led Indiana to the team title of the 2021 Courtney Cole Invitational after shooting an even par 144 (71-73) through 36 holes. The Hoosiers outpaced the field by 36 strokes to earn the program’s first team victory since winning the Lady Boilermaker Classic on April 14, 2019.

The Clare woman cleared the field by two strokes to win her first collegiate tournament and become the first Hoosier since Schmid (Oct. 27, 2019) to earn an individual tournament title.

The Hoosiers head into the offseason and will not compete as a team until the beginning of the 2022 spring schedule. IU will next compete in the Big Ten Match Play event held at the Island Course in Innisbrook, Fla., on Jan. 31.