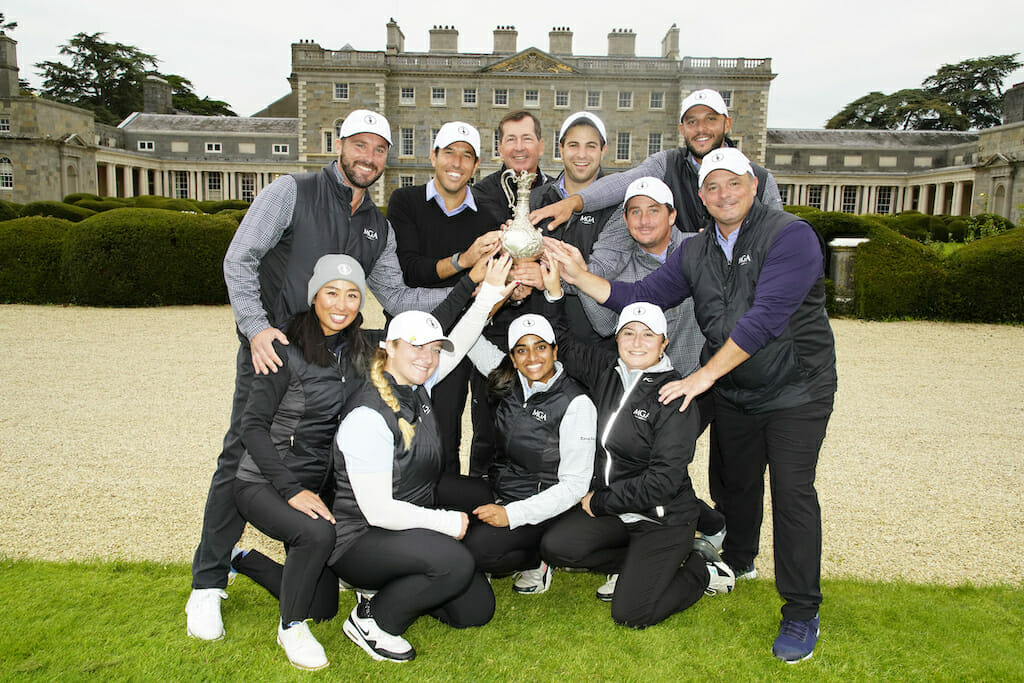 Team MGA with the Carey cup after retaining the trophy in a 10,10 draw after the final day of the Carey Cup, Carton House, Maynooth, Kildare, Ireland. 13/10/2021 Picture: Golffile | Fran Caffrey

The Metropolitan Golf Association have retained the Governor Hugh L. Carey Challenge Cup after a 10-10 tie against Golf Ireland at Carton House.

Tied at 5-5 after the opening day, the team split the ten Singles matches, with Mark Costanza winning the final two holes against David Kitt to gain the crucial half point. Speaking on the 18th green afterwards, Costanza admitted he didn’t know his result retained the title for the MGA.

“I knew it was big, but I didn’t know it was the last match on the course. It was nerve wracking though. David and I both played really well today. I tried to hit some good shots on the way in, and have two short birdie putts on 17 and 18. We’re happy to get the job done. It was a tight, tight match. I’ve never been more determined to win a match than I was today.”

Kate Lanigan was delighted to remain unbeaten throughout her three matches after she halved with MGA’s Alexis Hios. 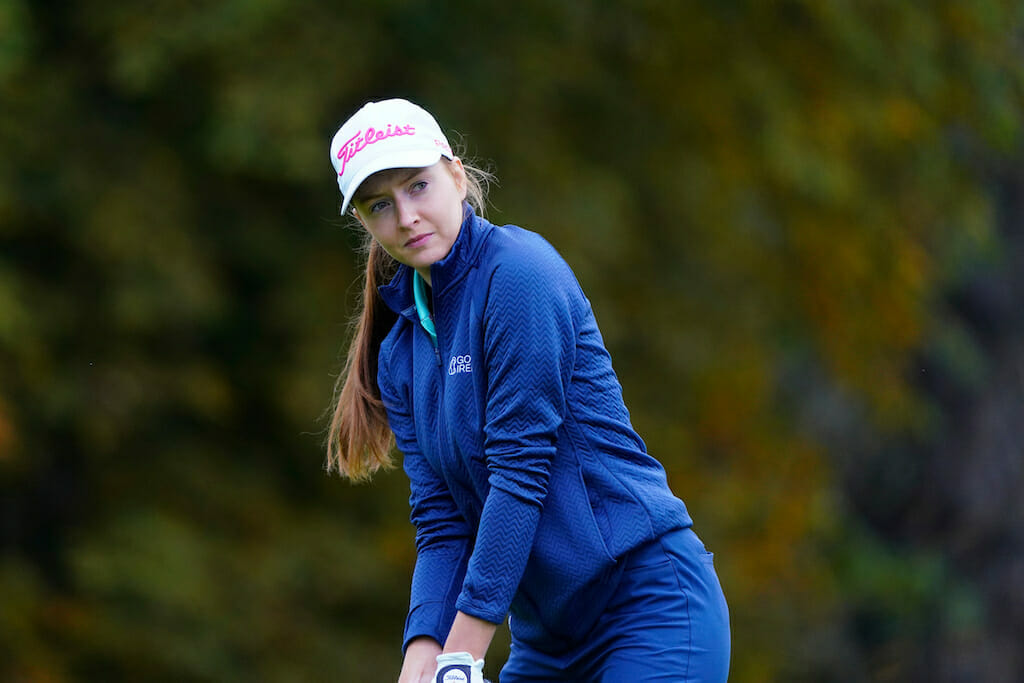 “We’re disappointed as a team not to win the trophy, but from an individual point of view I couldn’t have asked for more in the past two days. This is my first time playing for Ireland at Senior level. We got on well with the American girls, and we all knew the significance of being the first women to compete in the event.”

Ina Kim-Schaad was first out for the MGA in all three sessions, and won all her matches including a 5&3 win over Rachel Thompson in the Singles.

“The standard of golf from both teams was great over the two days. Megha [Ganne] and I played really steady yesterday, and I kept that up today against Rachel. As a team we loved coming to Ireland this week. It’s a different set of skills we needed here, compared to at home. It was a brilliant few days.”

Richard Knightly made his Ireland debut and was unbeaten in his three matches, including a 3&2 win over Darin Goldstein. The Royal Dublin golfer loved his first experience representing his country.

“It was looking bleak on Tuesday morning, but to rally back yesterday and get a few wins was great. Today was brilliant against Darin. It was tight all day.

“I played really solid on the back nine, and was delighted to close it out. I’m over the moon to be undefeated for my first Ireland cap. It’s been a fantastic experience.”

The 10-10 tie is the third occasion in the history of the event the Carey Cup has been tied, but the MGA will take the Cup back to America, hoping to retain the Cup once more in 2023.