Westwood suggesting changes should he be handed Rome leadership reins 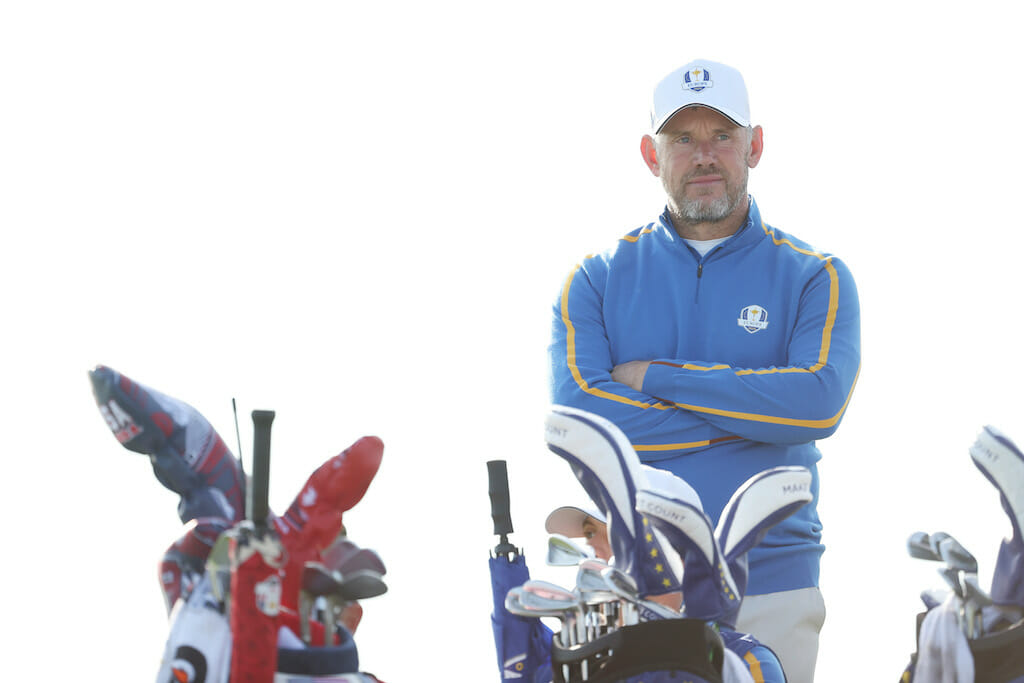 Likely 2023 European captain Lee Westwood will expect more control in the overall make-up of the team should he lead Europe into competition in Rome.

Westwood is widely tipped to take over the captaincy reins from Padraig Harrington following Europe’s shock record-setting defeat at the hands of Steve Stricker’s USA side.

Westwood will be aged 50-years and five months when the 44th staging of the Ryder Cup takes place on the Marco Simone course in the Italian capital. The Englishman has now represented Europe in 11 Ryder Cup’s since making his debut in 1997 and also has been a member of seven winning sides plus played under 11 different European Team captains.

However, following the events that unfolded in rural Wisconsin, Westwood will be under enormous pressure to pick-up the pieces of a devastated Europe Team and produce a gladiatorial turnaround showing in the city famed for the Colosseum.

One change Westwood will insist takes place is a change in the number of wildcard pick, closing the gap on Stricker’s selection of half-a-dozen ‘picks’ handed to the team he sought as the USA captain.

“Four, four, four my first thought would be – four off the Euro list, four off world list and four picks,” said Westwood. “Different captains have different ideas and that’s the nice thing about playing under 11 different ones.”

Looking back, the scenario at the BMW PGA Championship clearly did not assist Harrington with the make-up of his eventual 12-man team only decided later-on that Sunday night at Wentworth.

Harrington then had just a week to work with his full-12-man team whereas Stricker already had in his mind who he wanted in his side regardless of the outcome of the PGA Tour season-ending Tour Championship. That was a luxury Harrington did not have, though it was a selection process he chose to implement.

Westwood even suggested that the number of players qualifying from the ‘Europe’ points table could be reduced from four and that there could be more than four qualifiers off the ‘World’ points table instead.

And Westwood, who came back from two down with four to play to beat Harris English in his Sunday singles match, reluctantly accepts his own 24-year Ryder Cup playing career is almost certainly over. Having served as an assistant captain in 2018, the top job – and the daunting challenge of stopping an American unit that could be even stronger in two years’ time – beckons.

“I assume I’ll get three or four months to think about it but people keep coming up and saying: ‘Are you going to be the captain in Rome?’” said Westwood.

And while many are suggesting double major winning Zach Johnson will be the rival USA captain, everyone is forgetting Tiger Woods and it is my view the 15-time major winner will be asked to lead the USA team into battle in Rome. Woods brilliantly led the USA side to victory in the 2019 Presidents Cup in Australia and should be in charge of the American side in 2023.