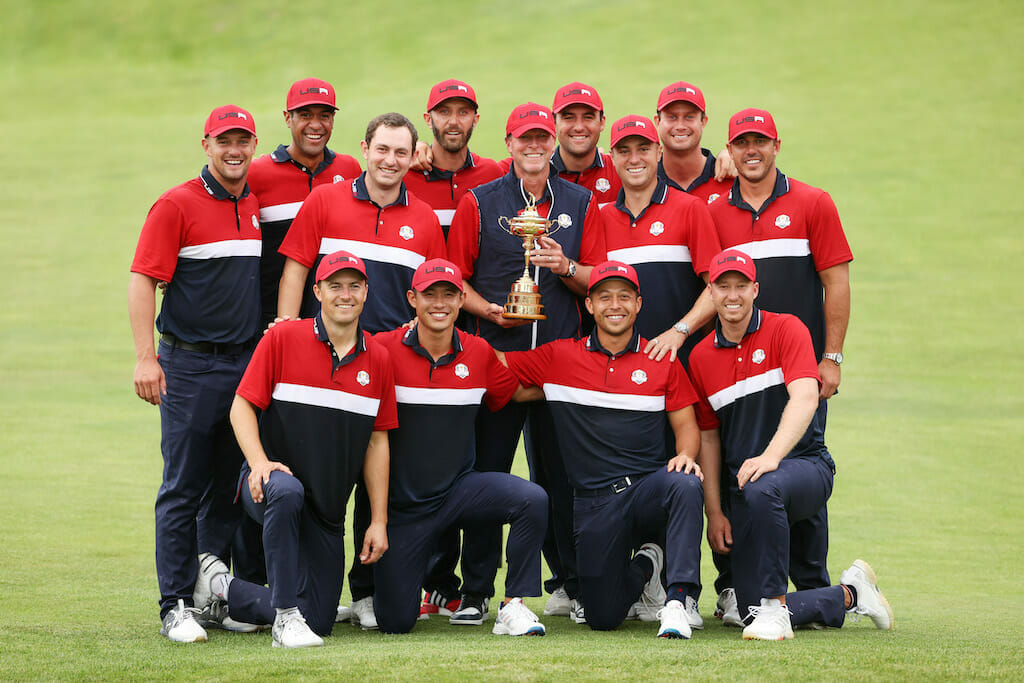 Heavy favourites on paper coming into Wisconsin with nine of the top-11 ranked players in the world on his team, Stricker oversaw a biennial contest going very much to the script, banishing egos from the team room as the U.S. came together like never before to breeze past their European rivals.

? “This is the greatest team of all time. These guys are unbelievable.”

? “I never won a major, but this is my major right here.”

What a moment for #TeamUSA captain Steve Stricker! ??

Now, with world number 2 Dustin Johnson the elder statesman on the team at 37, Stricker is predicting that a new era for U.S. golf has just dawned and that’s ominous for Team Europe.

“I don’t know but from day one, it was about out-preparing [Europe], right,” Stricker said. “Getting the guys here, getting them on the same page. This is a new era for USA golf. They are young. They come with a lot of passion, a lot of energy, a lot of game. They are just so good. So it’s exciting to see these guys and exciting for us in Wisconsin to experience this.”

For Stricker himself, humble all week off the course as his players did the business on it, he was understandably emotional in the press conference post-round: “I never won a major, but this is my major right here,” he said, to a huge applause from his team alongside him who clearly bought into Stricker’s home town captaincy.

“Speechless,” he said when trying to put into words exactly what made the team dynamic so special.

“They had a mission this week and you could tell, they played great and they came together. I just can’t tell you — I mean, Brooks and Bryson wanted to play together; that’s how much it came together. That shows a lot about this whole team.”

And although Stricker has clearly landed on a winning formula, striking harmony in the United States camp when many believed he couldn’t, the 54-year old has no intention of sticking around to captain the side again in Italy in two years’ time.

“I don’t think it’s going to happen,” he added. “It’s mapped out and there’s guys in positions to be the next captains. It was an unbelievable experience, don’t get me wrong. I’m glad it’s over.”