No regrets for Harrington: ‘I think I did what I needed to do’ 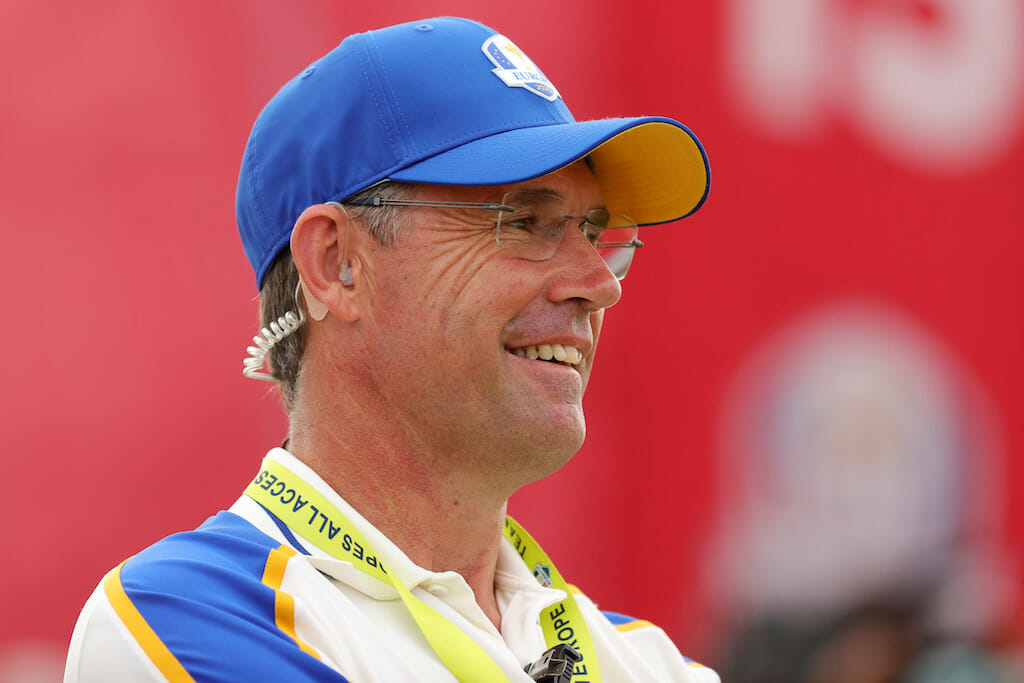 European Team Captain Padraig Harrington insisted he could take comfort in the fact he wouldn’t change a thing despite suffering a record Ryder Cup defeat at the hands of an inspired Team USA at Whistling Straits.

For the third straight day, Steve Stricker’s immensely talented side outplayed their European counterparts, running out easy winners in Sunday’s singles before a record-setting 19-9 victory margin was complete. It left Harrington in the firing line to answer questions around regret, but far from feeling sorry for himself, the Dubliner stood before the media resolutely believing he’d done all he could in the face of opposition that simply proved too good.

“Yeah, look, it’s difficult being a captain,” said Harrington. “You know, you go from being a player and you wonder, ‘can you give what you need to give as a captain’. So that will probably be what I take out of it, what I think I gave. I think I did I what I needed to do.

“I’m quite a practical person, but I know I needed to be more than that when you’re The Ryder Cup captain. I do think I managed to bring these guys together, and, okay, we didn’t get the results we wanted, but I think we were a team, and that’s the most important thing at the end of the day.”

Given the outcome looked a forgone conclusion a couple of hours into play on Sunday, much of the broadcast was dominated by talk around a potentially record winning margin with 18 and a half points the previous target. When the red sea loomed large on the leaderboard, Harrington was asked what was going through his mind as the record books neared.

“I was not aware of it until it became close,” he admitted. “And then I did actually have to ask. And when I asked, I was told, well, I was involved in the last two that were records (grimacing) but on the right side of it.

“Look, somebody has to. That’s the way it goes. This was a very strong U.S. Team. Everybody here gave 100 percent, and pulled together, everybody worked together this week. There’s nobody walking away from this week, and I will talk to each player individually: Nobody didn’t give their heart and soul to this team. We don’t owe anybody anything in that sense. They all tried. They all put it in. And you know, there will be more Ryder Cups ahead.

“Most of them have the best part of their career ahead of them, there’s no doubt about that. Did they do their job? Yes, they did. It didn’t go right, but that happens in sport. Just remember, you know, if you want to have these glorious moments, you’ve got to put your head out there, and sometimes it doesn’t go right. You get your head knocked off. That’s just the reality of sport. If you put yourself out there, you’ll have some miserable days, but also, if you put yourself out there, you’ll have those thrilling days when you win.”