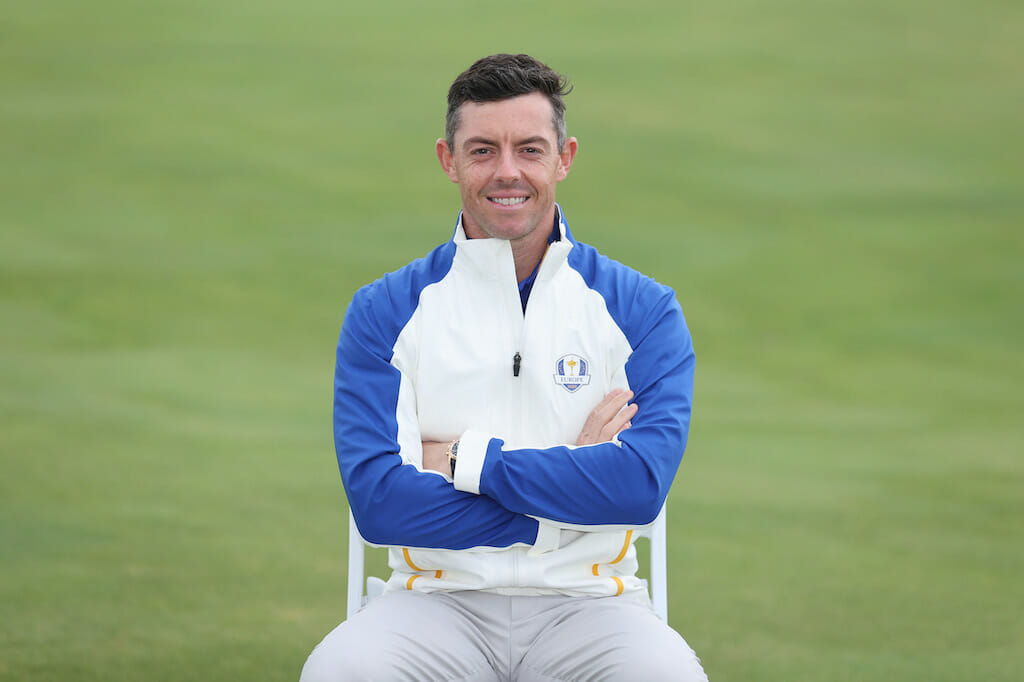 One of the lasting images of recent Ryder Cups is Rory McIlroy gesturing to the partisan American crowd at Hazeltine in 2016, putter in the air, hand cupped to his ear as if to say ‘I can’t hear you’ after draining a long birdie putt.

As fun as that moment was, and as iconic as his opponent Patrick Reed holing a long putt to halve the hole straight afterwards was as well, don’t expect that from McIlroy at Whistling Straits. Or perhaps ever again at the Ryder Cup, because the World No.15 has admitted he probably got a little too emotional that year, despite still winning three out of his five matches before the USA won the trophy.

It’s part of a more mature approach that McIlroy is taking to an event where he is shouldering an ever bigger role year on year. He fills a position in the team that no other can – the experienced Ryder Cup head who can still be relied upon to produce the goods.

Jon Rahm may be the team’s best player and Viktor Hovland is the exciting rookie, but between them they have played in one Ryder Cup, and none on US soil. At the other end of the scale, Lee Westwood, Sergio Garcia and Ian Poulter have all played in more Ryder Cups than he has, but are they playing at a level where you can rely on them to get you crucial points?

That’s where McIlroy comes in. He’s been there, done that and got the t-shirts – four of them with the word ‘winner’ on them – and while 2021 has been a down year results-wise, he’s still a prolific producer for Europe. Padraig Harrington knows he can call on him for all five sessions.

But he won’t be trying to goad the crowd like he did five years ago – he’s learned that you can’t realistically expect to take on your opponent and a noisy American crowd in Wisconsin.

“It’s a long week. Whether I play all five (matches) again, we’ll see, but it’s a lot of golf. It’s a lot of energy just playing, then trying to beat who you’re playing against. If you try to beat the crowd, as well, it seems like a bit of an impossible task,” said the Holywood man.

“I will try my best for this team and I’ll try to play the best golf I possibly can, but I sort of learned quite a few things from 2016 about conserving energy. I felt like I sort of hit a wall on the back nine against Patrick that day, and I want to make sure that that doesn’t happen again.

“I think the most animated I’ve been in my career has been at Ryder Cups. It just brings something out of you that you don’t get playing individually. There’s something more there when you’re playing as part of a team, and everything you do doesn’t just affect yourself but affects the other 11 players, the captain, the vice captains, all the support team. There’s a lot of emotion that comes out, but you still have to try to control that, as well.”

Indeed, for the week that’s in it, McIlroy admits this would be a special Ryder Cup to win. He was one of the staunchest opponents to it being held behind closed doors last year, but that decision has somewhat backfired as it means that, due to Covid-19 restrictions, the capacity crowd is expected to be even more home dominated than in a normal year.

Not that he minds the challenge. If anything, it would make victory against a star-studded American team all the sweeter.

“I think winning any Ryder Cup is huge and it’s a monumental achievement for all that are involved, but I think over the years winning a Ryder Cup on the road has just become more meaningful for some reason,” admits McIlroy, playing in his sixth Ryder Cup.

“We experienced it in 2012 which, from a European perspective, is probably one of the best days in the Ryder Cup that we’ve ever had in history. I’d certainly love to have that feeling again.

“I think it would be a huge achievement. Obviously this tournament isn’t played on paper, it’s played on grass, but on paper you look at the World Rankings and everything, we’re coming in here as underdogs with a lot of things stacked against us, so I think that would make it even more of an achievement.

“It’s great to have fans back. It’s funny, when the Ryder Cup was cancelled last year, I still didn’t imagine that we’d be doing this and everyone would still be in masks. Things went on for far too long. But we’re happy we’re here and happy to be playing.”

Padraig Harrington will be the third Irish captain he has played under in the Ryder Cup after Paul McGinley in 2014 and Darren Clarke in 2016, and McIlroy also revealed how the Dublin man has tried to drive home how important the week is to his team leading into Whistling Straits, opting to give them each a personal number.

While initially the meaning of them wasn’t clear, Harrington showed them a video to hammer home how privileged the European team are to be playing this week, and it really had an impact on McIlroy.

“There’s been 164 players that have played for the European Ryder Cup team, or GB&I way back in the day. So that’s a pretty small group of players,” explains McIlroy.

“I’m No. 144; I think Lee (Westwood) is No. 118. But then you just look at all the players before you, and you look at Bernd Wiesberger who’s making his debut this year who’s No. 164. It’s a small collection of people that have played for Europe in the Ryder Cup.

“I think that’s what brings us very close together, and that’s been one of our sort of big focus points this week is just being here is very special and being part of a European team. Very few people can call themselves a European Ryder Cup player.

“(Padraig) played a video for us last night to put it into context. 570 people have been into space. I think over 5,000 people have climbed Everest. 225 have won a men’s Major. When you sort of break it down like that it’s a pretty small group and it’s pretty cool.”