Harrington eager to make his Captaincy a winning one 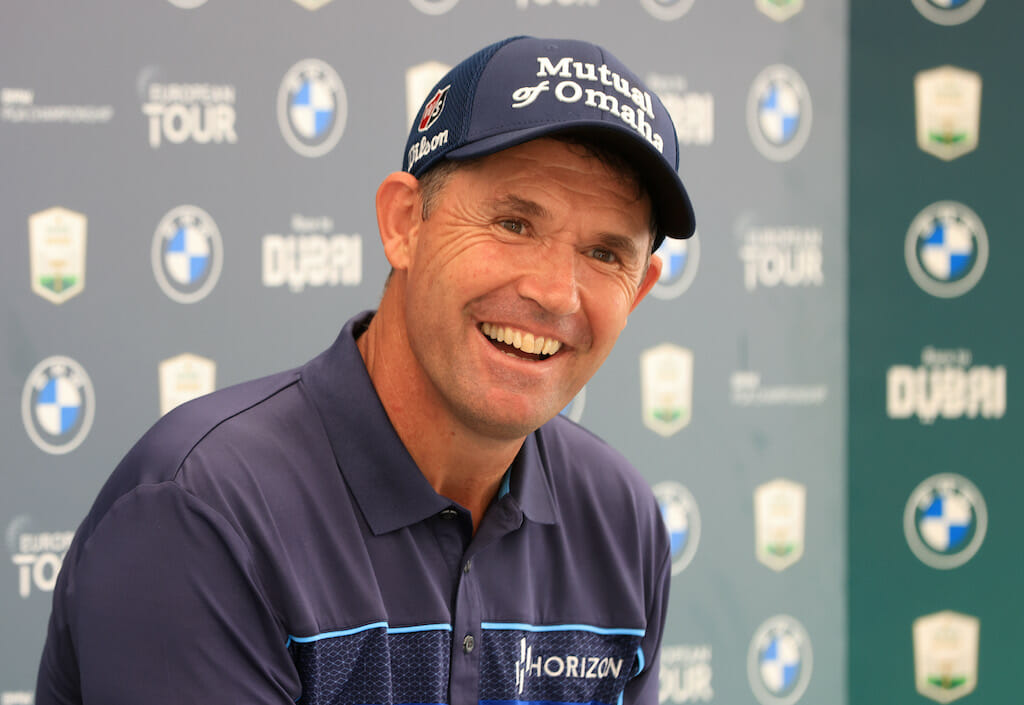 It will be interesting to gaze into the non-playing eyes of Europe’s skipper, Pádraig Harrington during the heat of battle at this year’s Ryder Cup. On his way to his three-Major wins as a player, the Dubliner’s eyes would turn black with an ‘in the zone’ focus that often spelled trouble for the opposition. The steely Harrington stare has become synonymous with the now 50-year old’s winning mentality, and although it will ultimately be out of his hands come crunch-time on tournament week, Captain Harrington is determined to do all in his power to ensure his tenure at the helm of Team Europe is a winning one.

“The captaincy is one of those things that as you’re going along before you get in the running for it, you think, ‘Oh, yeah, I want to be captain, I’d like to be captain, I’ve had a career that deserves to be captain’ – that sort of stuff,” Harrington says.

“And then the reality hits that it’s your time, it’s your turn, and in our case the European Tour players will come to you and say, ‘Right, are you going for this?’ It’s quite a shock to take it on because, one, there’s obviously quite a personal commitment and time into it, but you don’t want to be a losing captain. You want to be a winning captain, and you’re putting a lot on the line being out there.

Harrington will become the third Irishman in the last four Ryder Cups to lead Team Europe and without disrespecting the merits of Paul McGinley and Darren Clarke’s appointments, it’s hard to argue that anyone has been more deserving of the honour than Pádraig.

From a playing perspective, Harrington has only been usurped by two of 26 European captains; 1933 skipper JH Taylor, winner of five Open Championships and 2008 captain, Nick Faldo, a winner of three US Masters and three Open crowns.

However, as Harrington has alluded to, he’s all too aware, particularly given the abject failure of Faldo’s horror show at the helm at Valhalla, that his playing credentials will account for nothing should he fail in his new role as team leader.

“We have seen once or twice in the past – once anyway – where your captain has done a half-hearted job and it doesn’t end well,” said Harrington, presumably in relation to Faldo’s 16½-11½ defeat to Paul Azinger’s American team.

“I’m well aware that it’s win or nothing, that’s the way it goes. You go out there and win and you’re a successful captain; you lose, you’re not.

“When you’re a Ryder Cup captain, you’re putting the history of your game, your legacy on the line. It’s something that you’d better embrace because you know it will have that asterisk next to your name if you don’t win it.

“I have to understand that it’s very black and white. This is not like being a football manager where I lose this week, I play next week and if I get the sack, I’ll get another team. This is a one-time only effort and that probably makes the Ryder Cup captaincy extraordinary. You get one and done.”

Although this will indeed more than likely prove his only shot at the captaincy, to suggest a loss will put paid to his proud playing career is wide of the mark. Harrington has accepted the daunting task of captaining a European team on American soil, but Harrington boasts the CV to succeed.

The Stackstown legend has served his time as a vice-captain at the last three Ryder Cups while he featured six times as a player at the biennial event, making his debut at the infamous Brookline renewal in 1999 before claiming victory four times as a player; in 2002, 2004, 2006 and 2010.

But whatever about his credentials, Harrington also has an abundance of national pride, knowing full well the importance of the Ryder Cup for Ireland; ties he hopes to strengthen through a successful visit to Whistling Straits.

“It’s a big deal in Ireland,” he admits. “I used to play Christy O’Connor Senior’s home course a lot and he played in 10 of them. Christy O’Connor Junior hit that famous two-iron in 89 at the Belfry. Eamonn Darcy holed the winning putt at Muirfield, Philip Walton holed the winning putt at Oak Hill in ’95. And my friend Paul McGinley was a successful captain, so I want to be a successful captain.

“I don’t do things lightly. I’m not there to be involved. I’m there to win, but just because you’re good at hitting a little white ball around the golf course doesn’t mean you’re good at managing twelve individuals. That said, with my experience of being vice-captain, I hope I have what it takes.”