Who has better club golfers – Europe or America? 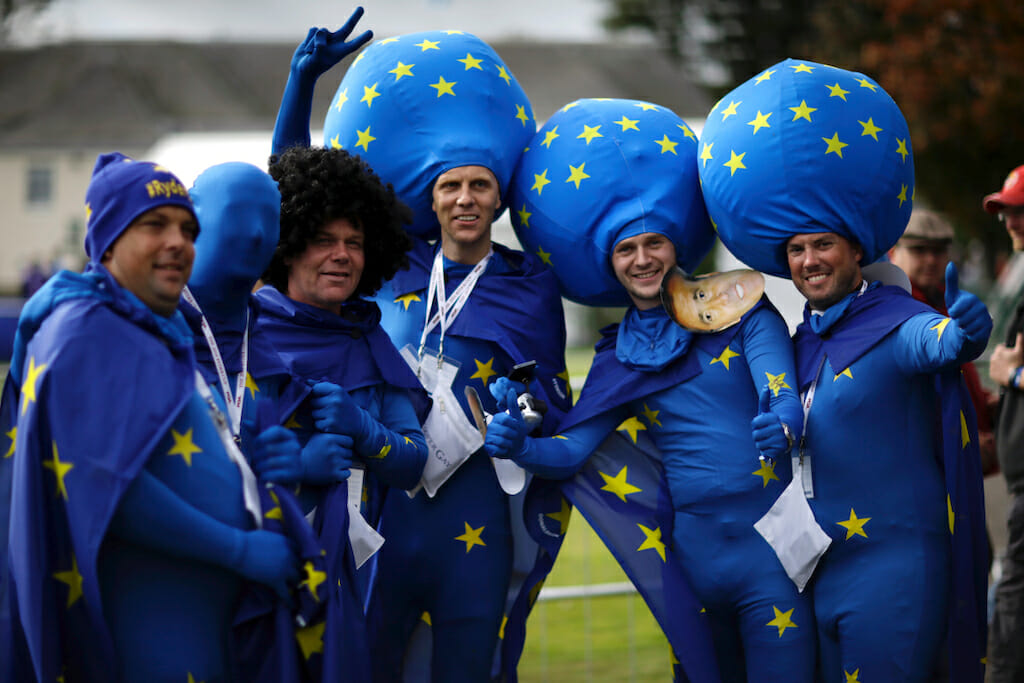 Shot Scope, the industry-leader in advanced GPS and automatic shot tracking technology, has announced some exclusive statistics comparing the ability of European and American club golfers, ahead of the 2020 Ryder Cup at Whistling Straits.

In true Ryder Cup fashion, Shot Scope compared European and American golfers in a 12 v 12 ‘Sunday singles’ style event. Each match featured a different performance statistic designed to set apart the ability of golfers from either side of the Atlantic. After all 12 matches concluded, the score was tied, with the USA eventually taking the title of the ‘best club golfers’ in a playoff decided by number of total hole outs. 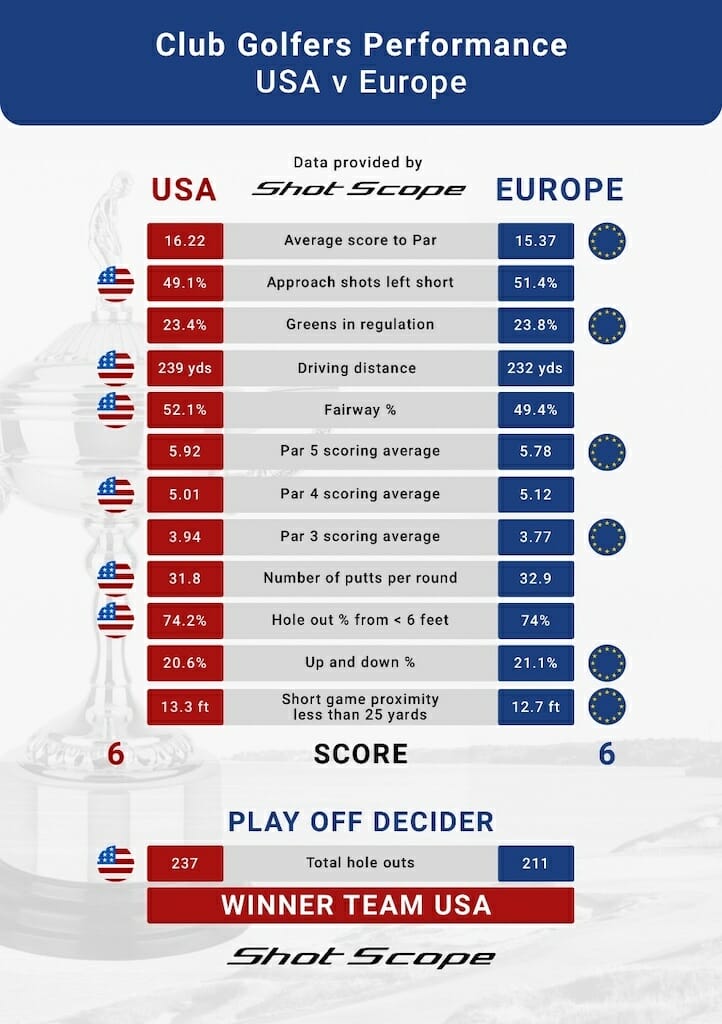 The data for this project was taken from 1,000 European and 1,000 American Shot Scope users. In 2020 these groups of golfers totalled the exact same score to par – this ensured that the playing field was totally level for this match.

The data highlighted that European Shot Scope users play golf more often, with an average of 5.76 rounds per month, versus 4.28 rounds played by US golfers each month. European’s also played a greater variety of courses, playing an average of 2.84 different courses per month compared to 2.36 played by US golfers. However, the data identified that US golfers tend to play on longer courses, with an average length of 6,239 yards, compared to the slightly shorter 6,176-yard average in Europe.

While the results show that Team Europe were clearly on top when it came to average score, Team USA dominated both off the tee and on the greens to clinch the overall victory. Some of the results in this list come with context, for example, Team USA took the point in the ‘Driving distance’ category by a comfortable six yards on average, which could perhaps be down to higher average temperatures. Team USA also picked up the points on the greens, which may be testament to the more consistent putting surfaces they enjoy year-round.

Shot Scope have now tracked in excess of 100 million golf shots around the world. From that data set, they have determined that golfers miss the green short 46% of the time, however both Team Europe and Team USA surpassed that total in this study, with 51% and 49%, respectively.

The percentage of fairways hit was also a tightly contested match, with the USA taking it by just 2.7%. This is a common theme with golfers around the world, as Shot Scope have confirmed that across all ability levels, the smallest difference in performance is on fairway hit accuracy.

Shot Scope’s pioneering performance tracking technology has the ability to help any golfer improve, with the average Shot Scope user improving their handicap by 2.7 shots. The company’s performance tracking V3 watch also boasts ultra-accurate GPS technology as well as ClubSense and PinCollect technologies that automatically detect shots and putts on the course.