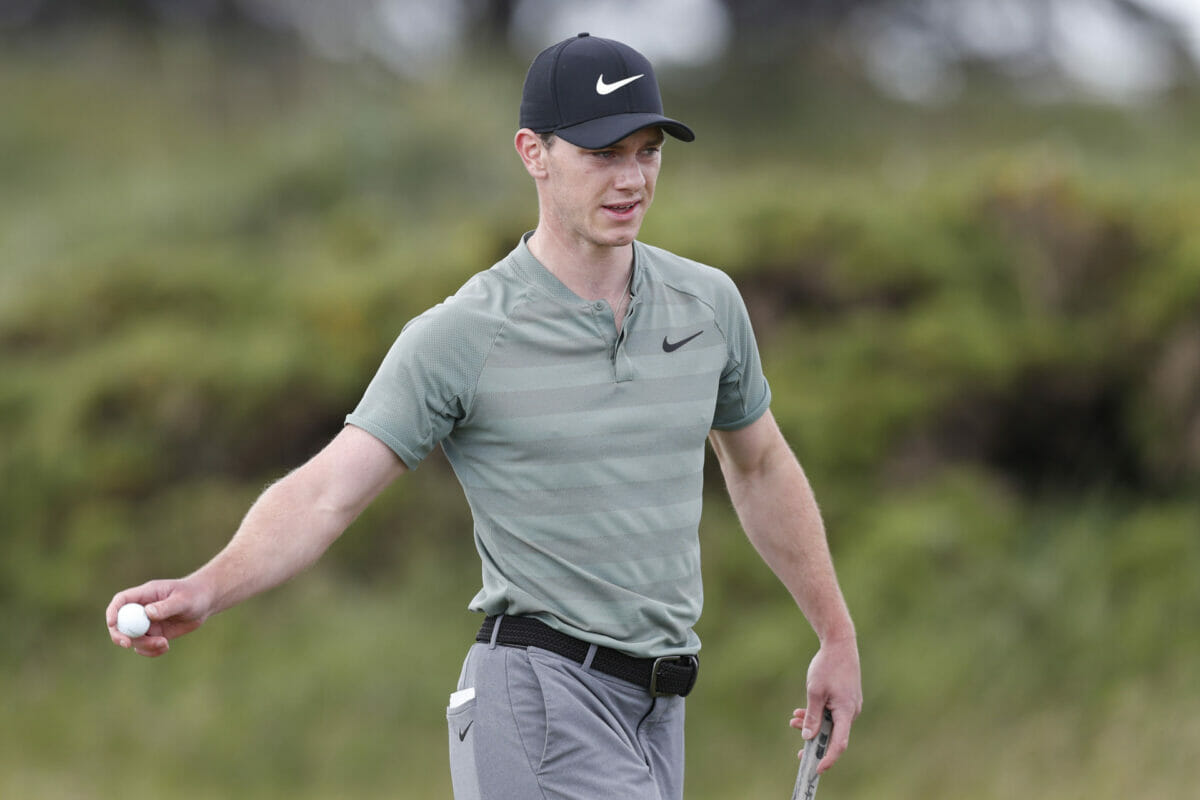 Rowan Lester made the most of his invite on day one of the Omega European Masters, posting a two-under par 68 as James Morrison climbed to the summit with a stunning 10-under par round of 60.

Hermitage pro Lester has been struggling for starts since teeing up at the Irish Open in July but looks determined to take advantage of this one after posting three birdies and an eagle in an opening effort that leaves him just outside the top-30.

That was two shots better than Clandeboye’s Jonathan Caldwell who traded two birdies with two bogeys in an even par 70 while Ardglass pro Cormac Sharvin has work to do after returning a three-over 73 that included five birdies.

No one could touch Morrison atop the board after setting both a new course record and his lowest round on the European Tour. The Englishman took full advantage of the glorious morning conditions at Golf Club Crans-sur-Sierre to open up a three shot lead after round one, and admitted he had the second 59 on Tour in his sights, following his countryman Oliver Fisher’s record round at the 2018 Portugal Masters.

All eyes were on the two-time European Tour winner as he got to seven under par through 15 holes on the par 70 Severiano Ballesteros Course. He duly recorded back to back birdies on the seventh and eighth – his 16th and 17th – but left himself too much to do with an eagle chip on the last, and settled for his ninth birdie of the day, alongside an eagle and a solitary bogey.

“We were the first group out at 7.40am and the greens were absolutely perfect this morning, with no wind,” said Morrison. “You know you’ve got to take advantage, but doing it is another thing. Holed a couple of good putts, chipped in at 11, and it just snowballed from there. Bogied the 18th, my ninth, to be four under par through nine, but it was just a good, solid start. Hit the right shots when I had to and made a few putts.

“It was funny, after I bogied 18 I went to the first – which is probably the hardest hole on the course – and made birdie there, my caddie said “Come on, I think we can shoot 59 here”. I had eight holes to go and you use that as more of a mental push to keep going forward.

“Had a really good look on the last (the chip for eagle) and thought, just try to make this. The minute your focus goes like that, you chip it stiff, make birdie and shoot ten under par. I was trying to hole that shot on the last, but next time maybe.”

Fellow Englishman Marcus Armitage and Robin Sciot-Siegrist of France recorded seven under par rounds of 63, with Armitage finding inspiration for his bogey-free effort upon his return to the site of his engagement four years ago.

“I enjoy the feeling of being here again,” said The Bullet. “I’ve only been here once before and that was when I got engaged four years ago. Unfortunately, Lucy isn’t with me, but just great feelings here, and a couple of weeks off (before this week) have paid dividends.

It was also a memorable day for Sciot-Siegrist, who recorded his best round of the season, with a bogey on the first the only blemish on his card.