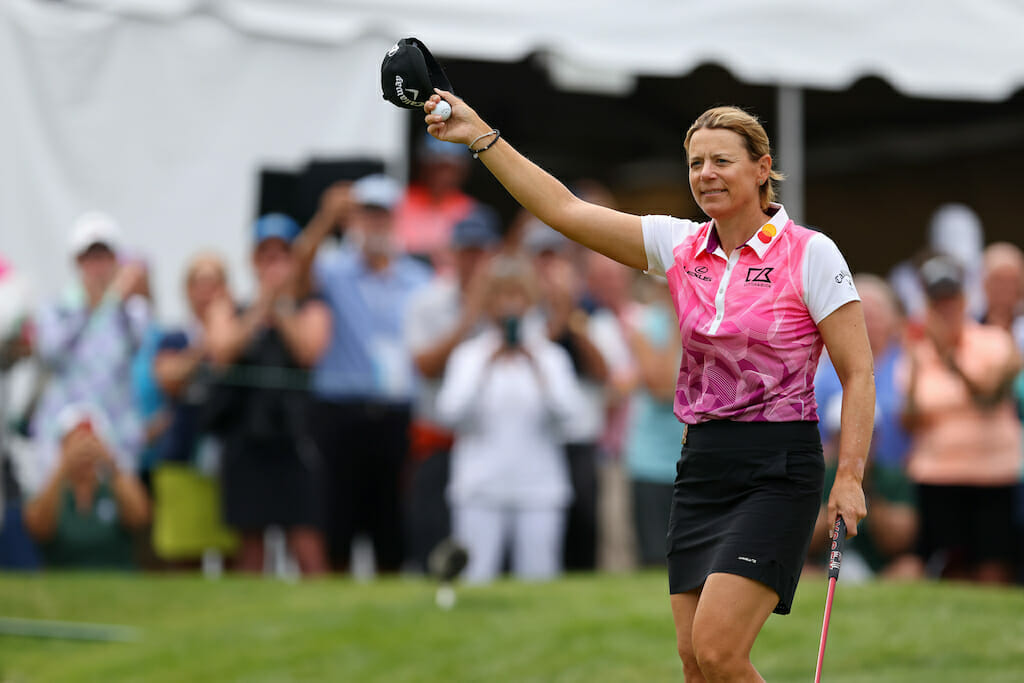 Annika Sorenstam rolled back the clock with a dominant eight-stroke romp to victory at the US Senior Women’s Open.

The 50-year-old was making her debut in the event and much like she did on the regular Tour, Sorenstam immediately stamped her authority on Brooklawn Country Club, firing a final round four-under 68 for a 12-under tally and an eight shot win.

“It’s really hard to describe,” said the three-time US Women’s Open champion. “I think the joy and the happy tears, the moments, the journey, the shots, the friends, the family, everything has been great.

“When we came here, we saw you about a month ago, and I just loved the place from the start. To come here, we stayed with some great friends around the corner. Things have kind of just been lining up.

“Everything felt so good, and then obviously you have to go out there and finish it up, and today I really felt like I played very, very well. To come in here on Sunday knowing what I had to do and I did it, obviously I’m very happy.”

Playing partner and compatriot Liselotte Neumann was second after signing off with a 74 to finish on four under. England’s Laura Davies, the 2018 winner in the inaugural event, was third at three under after a 71 while European Solheim Cup captain Catriona Matthew (74) and Yuko Saito (72) were two under.

Sorenstam, who took a 13 year break from the game to focus on her family and life away from the fairways, had her husband caddying for her and her children out watching. It’s no surprise that she dedicated victory to them.

“The Open has such a soft spot in my heart,” Sorenstam said. “It’s kind of where my career started, so to come back here and bring my family, with my husband on the bag, my two kids walking the fairways, it’s really a dream come true.

“Coming back from 13 years was not easy. This is really a family affair. They supported me all along, they know what it takes to be out there.”