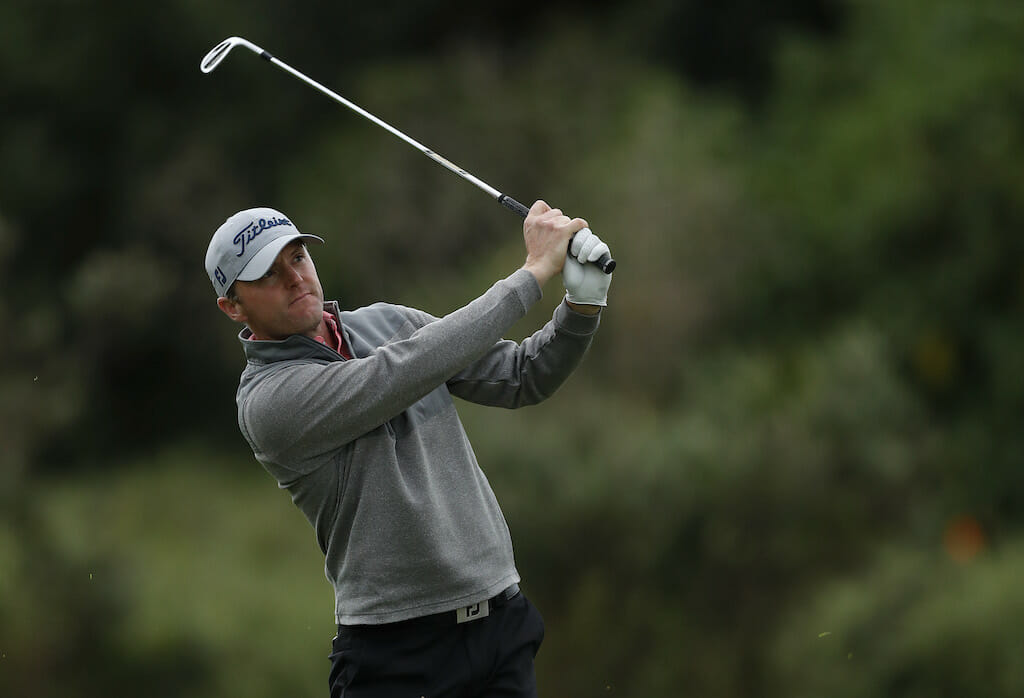 Michael Hoey went to the well for water and came back with a stunning quintet of birdies to close out a second round one-under 70 that saw him safely through to the weekend rounds of the Italian Challenge.

The 42-year old was flagging after four bogeys in an outward half of 39 left him beneath the projected cut-mark but for a rousing finish seeing Hoey through at three-under par, sitting in a tie for 25th with two shots to spare after the magic number fell at minus-one.

Also through was Holywood’s Tom McKibbin, buoyed by a second round 68 that included five birdies and brought the 18-year old level with Hoey at three-under par. Both Paul McBride and Robin Dawson missed out at four-over.

At the top, Frederic Lacroix will take a one-stroke lead into day three after posting a seven-under par round of 64 in Italy. The Frenchman took advantage of the soft greens at Margara Golf Club as he carded nine birdies and two bogeys and moved to 12-under par in total, one shot clear of Spain’s Manuel Elvira who is second on 11-under par.

The 26-year-old admitted he has learned from his mistakes during the Challenge de España, where bogeys in his last two holes meant he had to settle for a tie for second place as Santiago Tarrio, who is currently third in Italy, triumphed.

“I can take pretty much everything from that week in Spain into this week,” he said. “Playing on the Challenge Tour under pressure and playing with these guys who have been here a lot longer than I have is a great test for me.

“I think it’s one of those courses where if you hit a decent tee shot you can normally hit wedges into the green and the greens are quite soft. If you keep it in play, you get your chances and if you can hit it close you have a chance to make some putts.”

Elvira also posted a round of 64 on a special day for the Elvira family as older brother Nacho sits in pole position at the Cazoo Open supported by Gareth Bale on the European Tour, and Elvira Jnr was grateful for his sibling’s guidance after they communicated last night.

“I text him a little yesterday, but it was late when I finished so I was unable to get too much talking in,” he said. “He told me he played great, putted great but actually made a double bogey when he hit his ball into a big bush. Overall, it was a good day for both of us and he told me to remain patient and believe in myself.”

Road to Mallorca Number One Tarrio sits in third place on nine under par, while two-time Challenge Tour winner JC Ritchie sits in fourth place on eight under par after finishing in a tie for 40th at The Open last week.

The third round of the Italian Challenge will begin at am local time, with Lacroix teeing it up alongside Elvira at 12:30pm.