McIlroy playing for pride heading into final round at The Open 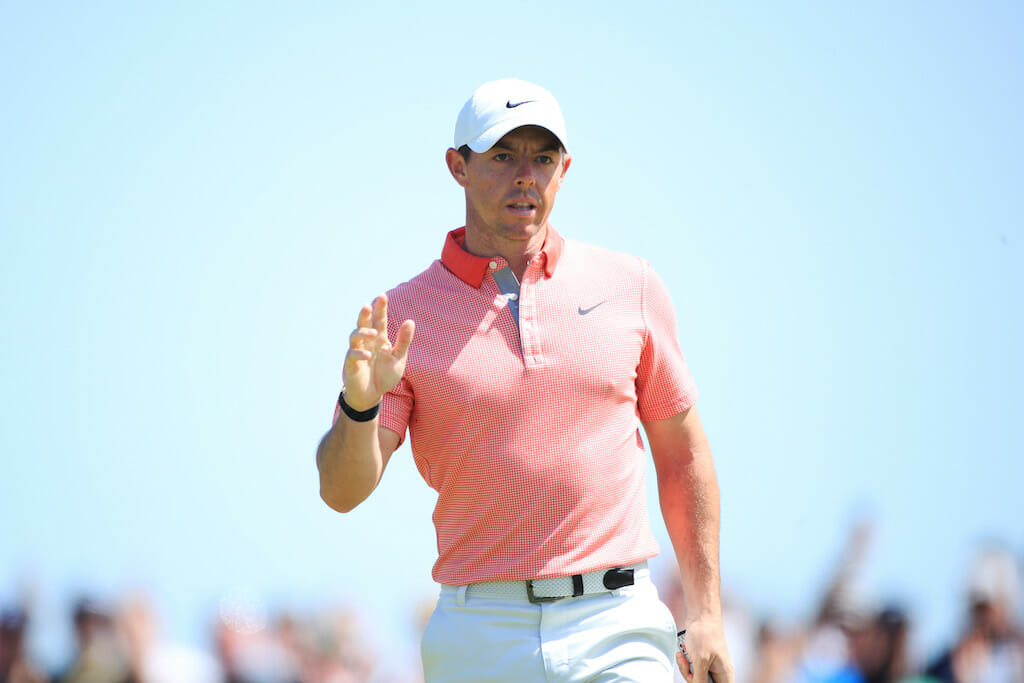 Rory McIlroy will be playing for pride heading to the final round of the 149th Open Championship.

What started on Thursday with a brilliant near tap-in birdie at the first and McIlroy has not advanced past one-under par for the ensuing 53-holes around Royal St. George’s. The Open Champion of seven years ago ended the 43rd round of a 12th Open with a one-under par 69 to move to one-under for the championship. McIlroy ended his round then sharing 41st place, up 14 places as the leading six groups were heading out at the nearby first.

However, you can’t help thinking that McIlroy should not have been ending his round but instead be among those heading out on what was a glorious afternoon along the Kent coastline. McIlroy did make the most of golf’s traditional ‘moving day’ racing to four-under par thanks to five birdies over his outward nine.

He birdied the first, fourth, sixth, seventh and ninth holes with his only dropped shot being a second bogey of the three rounds at the fifth. It was McIlroy’s best outward display over the three days after being one-over on day one and level par on day two, with his ‘favourite being the first and ninth holes where he is two-under at each.

And after taming some of the toughest holes on the day, McIlroy let slip any advantage with a three-over par inward nine of no birdies but bogeys at 11, 13 and the 15th while his frustrated boiled over after sending his tee shot left off the 14th tee.

“It was a sort of a tale of two nines,” he said. “I played great on the front nine, hit some really good iron shots and converted some putts and really got it going. Then the back nine played tough.

“They’re sort of tucking the pins away. They’ve stretched the golf course out to as long as it can play. I was hitting 2-iron into the 11th hole, that par-3, and that was sort of — I missed a short putt there for par and it kind of killed the momentum I had.

“I didn’t birdie the par-5 14th and made another couple bogeys on the way in, certainly it felt like a better round than one-under par, but it was encouraging to see some of the golf that I played on that front nine.

It may be getting there but it will now be a wait of nine months before the first major of 2022 in what will be the start of an eighth year since collecting a fourth major title at the 2014 PGA Championship.

Sadly, all we can expect is for a fighting final day from the Irishman, though of the now 10 full four-rounds McIlroy has contested at The Open, his lowest last round score is a 67 to snare a share of fifth at the 2016 Open at Royal Troon before a similar score a year later to tie fourth place in 2017 at Royal Birkdale.