Zalatoris advised to withdraw after injuring his back hitting from rough 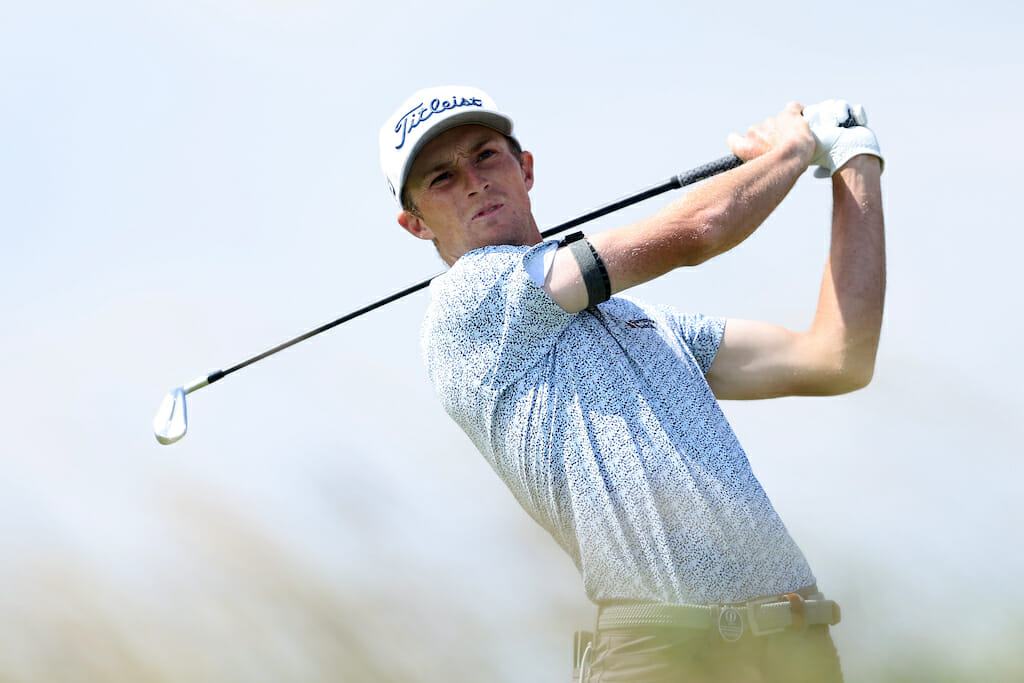 In a huge personal blow and a big disappointment for fans of Will Zalatoris, the young American has been been forced to withdraw with injury from the second round of the Open Championship at Royal St. George’s.

The wiry blonde talent, who turns 25 a month from today, cited injuring his back in playing a shot from thick rough right of the 15th fairway on day one as the reason for his shock withdrawal

Zalatoris on his WD, confirming shot out of the rough yesterday led to injury pic.twitter.com/4D38Rfo6sU

This year’s Masters runner-up went on to sign for one-over par 71 but was clearly in pain in digging his ball from deep rough on 15 and stating post his round he felt some “tingling” down his leg. This morning he issued a statement that he’d been advised not to risk further injury to his back.

Zalatoris said he initially thought about pulling out of the event immediately after the incident on 15, but that he didn’t want to spoil his Open debut.

“Considering this is my first Open,” he wrote, “I felt like I needed to finish the round (even if it meant embarrassing myself a little at the end ha!)”

This short putt from Will Zalatoris is…troubling.

Not just the first putt but the second, too! Demons. Golf is hard. pic.twitter.com/ylSXQDLU1E

Zalatoris said that he attempted to hit balls and work out Friday morning but showed little improvement, adding that he was “gutted” to not continue in the year’s final major. He said he looked forward to returning to competition “as soon as I can.”

The current World No. 30 was competing in his first Open and has savoured an impressive run of form in the majors, not only finishing runner-up at the Masters but also sharing eighth place at the PGA Championship, while he shared sixth place at last month’s 2020 U.S. Open.