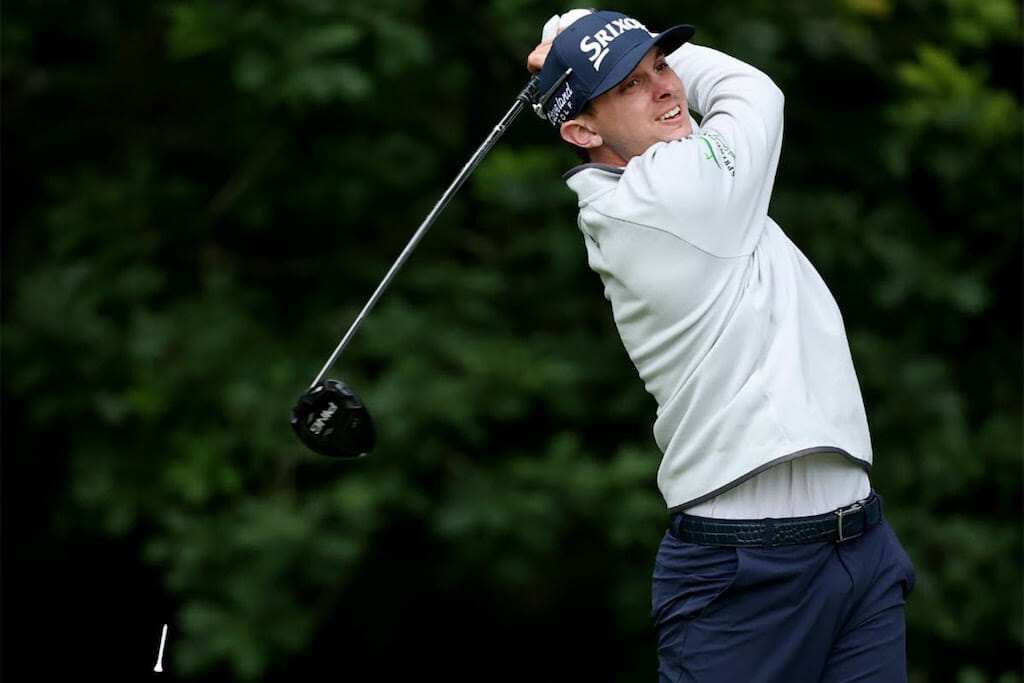 As we head into the height of the golfing season and just days away from the start of the ISPS HANDA World Invitational presented by Modest! Golf, household names and global stars will tee it up at Galgorm and Massereene from Jul 28 – Aug 1, 2021.
The US$3 million event has two separate tournaments, 144 men and 144 women, who will compete on the same courses at the same time and for two equal prize funds of US$1.5 million in this first of its kind event in the northern hemisphere. This tri-sanctioned event between the European Tour, LPGA Tour and Ladies European Tour is one of the most innovative events on tour.
The men’s draw is due to be finalised in the coming days and a list of star names is entered to play. American John Catlin has won three times on the European Tour in the last 12 months. He will have fond memories of Galgorm as one of those victories came in last year’s Dubai Duty Free Irish Open at the Ballymena venue – where even farmer Billy O’Kane’s cows came out to watch the action.
The 30-year-old is competing at this week’s Open Championship at Royal St George’s and will look for another big week when he returns to Northern Ireland at the end of the month.
Marcus Armitage is one of golf’s characters, who gained much traction for his emotional Porsche European Open win at the start of June. It was Armitage’s breakthrough victory, and he too is no stranger to Galgorm having competed there over the years and made good friends with some of the local members.
Another English golfer worth keeping an eye on is Eddie Pepperell.  The 30-year-old has amassed almost €7 million in prize money and is a former winner of the British Masters and Qatar Masters. Pepperell enjoys a big following online with his quick and dry-witted social media posts. He will be looking to tap into the form he showed earlier in the season when he arrives in Northern Ireland.
Scotland’s Richie Ramsay is another multiple tour winner looking forward to getting back to Galgorm. With over €8 million in career earnings, the Aberdonian continues to show good form of late and was tied fourth in Mount Juliet.
“I always enjoy visiting Northern Ireland. It is home to so many of my favourite courses in the world and a warm welcome is always guaranteed,” said Ramsay. “I really enjoy both the course and the hotel at Galgorm, which is very relaxing and has first-class food.
“The ISPS HANDA World Invitational is a unique tournament and Galgorm is a cracking spot to host it. I look forward to playing in front of the huge support Irish people bring to every golf event.”
In recent days, the women’s field was finalised with further star names confirmed for the tri-sanctioned event. Players like former Women’s British Open champion Georgia Hall and Solheim Cup team mate Charley Hull headline the draw packed with winners from both sides of the Atlantic. Modest! Golf players like Angel Yin and Olivia Cowan are also in the field that boasts no less than six Major wins, 31 LPGA wins, 13 LET wins and nine Solheim Cup players. Full women’s field here https://www.worldinvitational.golf/womens-entry-list-final/
This year’s event will also recognise all the hard work and effort by key workers during the pandemic by offering a number of complimentary tickets during tournament week at both Galgorm and Massereene. Key workers are invited to register their interest for tickets on the tournament website https://www.worldinvitational.golf/free-key-worker-tickets/ and specify where they work and what day they would like to attend the ISPS HANDA World Invitational. Organisers will then be in touch with those who have successfully secured tickets.
The latest thank you follows Galgorm’s donation of £750k of experiences to frontline NHS workers in 2020. Experiences included overnight stays and spa treatments in recognition of all the hard work carried out by Northern Health & Social Care Trust staff. This year’s complimentary tickets will include all key workers, who have given so much over the last 18 months.
Tickets for the ISPS HANDA World Invitational are selling fast and Early Bird Tickets will end in the coming days. Fans are advised to purchase their tickets now to enjoy the discounted rates. Tickets can be purchased through the tournament’s official ticketing platform Eventbrite.