Lowry believes he could benefit from being in The Open bubble 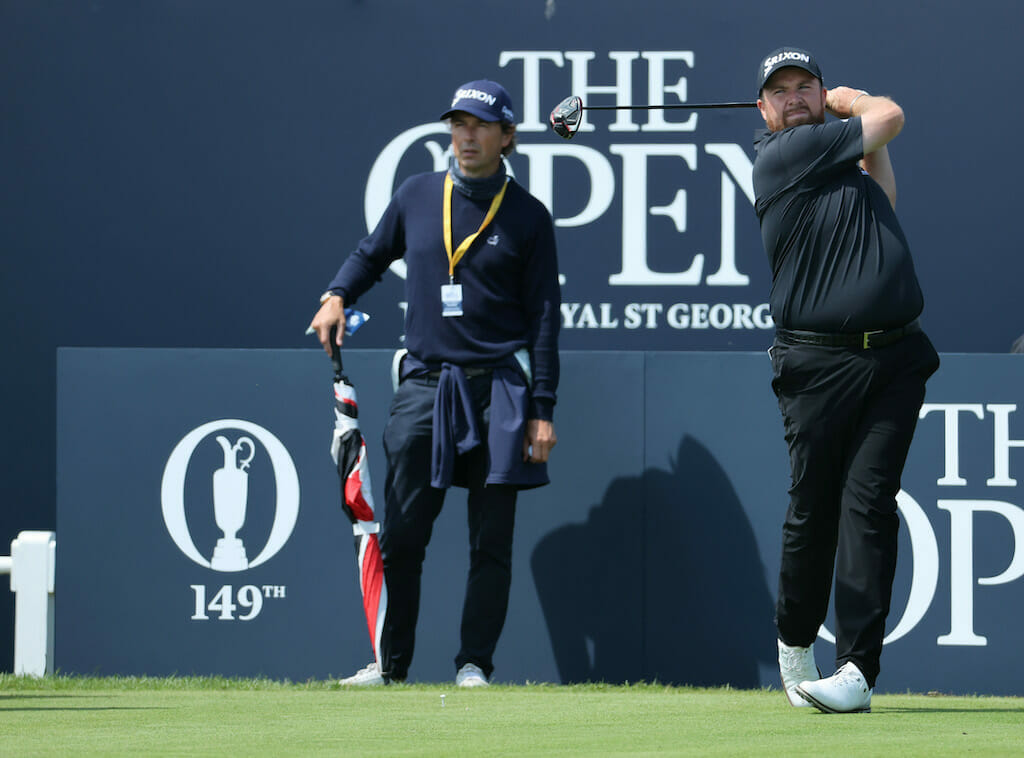 Defending Open Champion Shane Lowry reckons being back in the ‘bubble’ could work in his favour this week at Royal St. George’s.

Since spending a week in the European Tour’s controlled ‘bubble’ at the Dubai Duty Free Irish Open, Lowry’s been making the most of his week off playing links golf in and around Dublin with some of his friends.

Though that has all changed again this week with the rescheduling of the 149th Open being staged under even stricter UK government guidelines. Already 17 players, including former Open Champion, Zach Johnson and reigning Masters winner, Hideki Matsuyama have been forced to withdraw due to testing positive to Covid-19.

For those contesting The Open, if hiring a house, like Lowry, then it’s only four people to a rented house, and in Lowry’s case – the reigning Open Champion has his wife, Wendy for company, coach Neil Manchip and caddy Bo Martin.

“It’s a bubble, but I don’t think I’ll be doing anything different than I normally do,” Lowry said. “I come to the golf course, I play and I go home and we have dinner in the house, and that’s it. You don’t do anything else the week of big tournaments.

“You’re kind of resting up as much as you can, and you’re obviously here playing and practicing all day, every day when you’re here. I reckon if it was a normal Open and I was defending I might have a couple more things to do, so it probably is working in my favour a little bit as regards my performance.”

Lowry missed the cut in three of his first five events when the PGA Tour resumed in June 2020 following the coronavirus-related three month shutdown last year. And now a year on, the Clara man tees-up in Kent coming off a great share of fourth at the 2021 PGA Championship before returning to ‘Jack’s Event’ to finish with a top-10 finish in Dublin, Ohio.

“I look back on 2020 as a season and, without making excuses too much, not playing in front of fans doesn’t do it for me,” Lowry added. “That’s just the way it is.

“I struggled last year coming out of lockdown. I was playing great. I’ve never played as much golf in my life, and I just was stale when I got out there. I just couldn’t get it going. Even little things like if you’re struggling to make a cut or if you’re down at the bottom of the field, having people out there on the golf course kind of spurs you on a little bit.

“At the end of the day we’re kind of in the entertainment business when we’re out here and when I have a difficult shot or when I’m stuck behind a tree or I have a tough up-and-down, I’m trying to almost show off a little bit.

“I feel like 2020 is a bit of a write-off for me. Obviously my form is pretty decent coming in this year and I’m really looking forward to the week ahead. I hope that I can be competitive. I’d like to put up a good defence of my trophy and I’d give anything to have a chance to win come the weekend. I’m out there planning for that over the next few days, and we’ll see how it goes.

“I’ve got a lot more on my mind, a lot more to play for than just defending the trophy. I’ll be happy to get that first tee shot away, and if you’ve seen the rough down the first hole, I’ll be even happier if it’s on the fairway.”