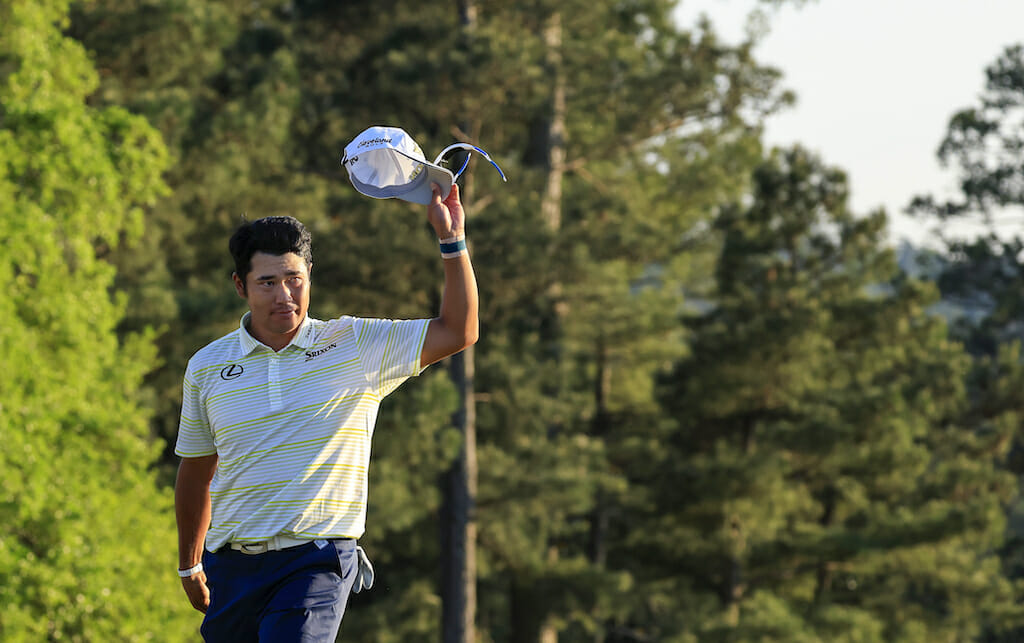 Hideki Matsuyama celebrates on the No. 18 green after winning during the final round of the Masters at Augusta National Golf Club

The withdrawal of reigning Masters champion Hideki Matsuyama is a big blow not only to organisers of this week’s Open Championship but the 32,000 a day fans headed to Royal St. George’s.

The first Japanese male golfer to win a major advised the R&A of a recent positive COVID-19 diagnosis and inability to practice properly has led to his withdrawal and what would be an eighth Open appearance. As well, it robs fans worldwide seeing the three major winners of 2021 being grouped for the opening two rounds on the Kent course.

Also, Matsuyama’s absence at the 149th Open will end his streak of 33 consecutive appearances at major tournaments, while concerns also remain over his participation at the Tokyo Olympics, where the men’s golf competition is set to start on July 29.

Matsuyama has been self-isolating since testing positive during the Rocket Mortgage Classic in Detroit on July 2. He is currently asymptomatic but subsequent polymerase chain reaction (PCR) tests have continued to show positive results.

“I’m feeling fine but haven’t been able to practice in preparation for The Open,” Matsuyama said in a statement released by the R&A ahead of the tournament, which begins on Thursday.

“Combining that with the difficult travel to the U.K., my team and I have decided it’s best to withdraw to ensure everyone’s safety.

“I feel badly missing The Open and look forward to playing again at St. Andrews next year. I’d like to thank the many golf fans for their continued concern and support as I strive to return to the game I love as soon as possible.”

While missing The Open, Matsuyama is considered a strong contender to light the cauldron at the opening ceremony for the Tokyo Olympics on July 23. His Open withdrawal follows news that Matthew Wolff, Danny Lee and K.H. Lee will also miss the tournament. They were replaced in the field by Andy Sullivan, Antoine Rozner and Troy Merritt.