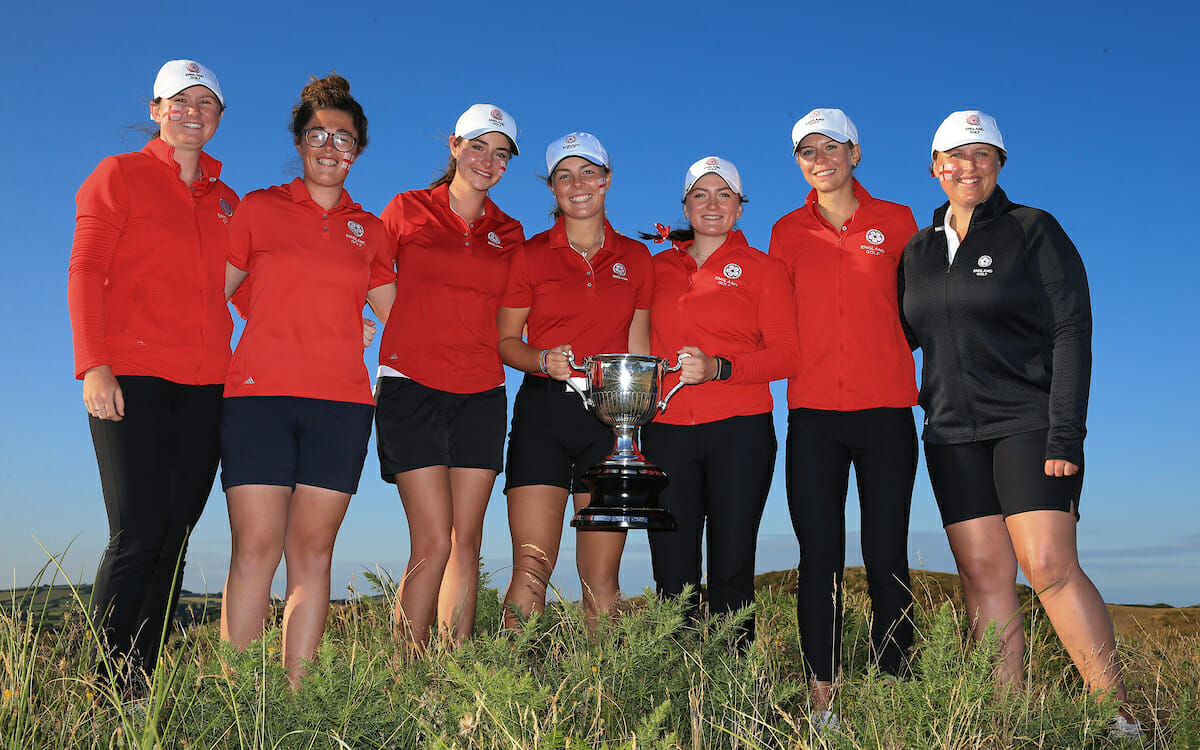 England have won the European Ladies Team Championships at Royal County Down, overcoming tournament favourites Sweden in the final on Saturday.

The sides couldn’t be split after the morning session, securing one point a piece in the foursomes matches.

Caley McGinty posted the first point in the singles, winning her match 6&5 before Annabel Fuller closed her match out against Ingrid Lindblad on the 17th.

When Charlotte Heath beat Maja Stark 2&1, the four-in-a-row dream for Sweden was smashed and the European title was heading home to England.

‘We’re just elated to be honest,’ said England Golf’s Performance Manager and Team Captain, Jenny Henderson. ‘It’s been such a team effort from the moment we stepped off the plane until this afternoon.

‘We knew coming in that we had a team this year that wanted to win not only for themselves but for each other and I think that’s been proven this afternoon.’

‘Our strategy today was to go out fighting in those early holes, as we had noticed that we weren’t capitalising on those opportunities and we managed to be up this afternoon through 5 holes for the first time all week. It really was a super match from both sides.’

Ireland finished in 8th place for the tournament but take confidence in the fact that four of the six players were making their senior international debut and from qualifying as second seeds earlier in the week.

Sara Byrne, earning her first International cap this week, and winning a final point today alongside Lauren Walsh (Castlewarden) said: ‘This week has just surpassed all expectations, I couldn’t have asked for a better experience. To play at home as well has been so great and we appreciate that opportunity.’

Teams from 19 nations successfully travelled to Royal County Down for the event and, under the current health situation, the opportunity to play such a prestigious competitive event has been appreciated by all involved:

‘We cannot thank Golf Ireland, the EGA, Royal County Down and the Slieve Donard enough,’ continued Henderson. ‘From start to finish we have felt safe and secure. All of the teams have been respectful of the restrictions and to have this Championship after the 18-months that we’ve all had has been monumental for all the players who have missed out on so much.’