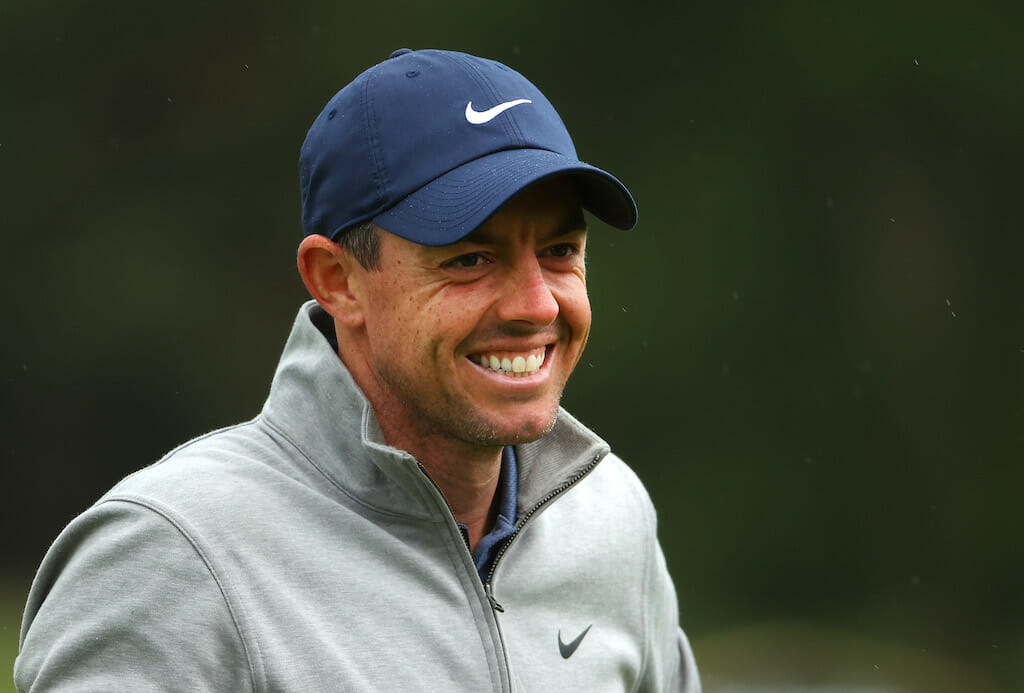 No sooner had Rory McIlroy signed off on four rounds at Mount Juliet did the 32-year old turn his attention to links golf and a Monday tee-time at Portmarnock GC as he looked to quickly ramp up his preparations ahead of next week’s Open.

From there he jetted to Scotland and although this week’s Renaissance Club isn’t a links test in the truest sense of the word, after two years away from this style of the game, it’s a decent preamble to Royal St. George’s where McIlroy looks to end a seven-year Major drought next week in Sandwich.

“Yeah, I mean, it’s very hard to sort of get anything out of this week because of the style of golf it is compared to links,” McIlroy said after the Irish Open.

“I’m happy that I added The Scottish Open in just to get a feel for some links golf. I haven’t played a links course in nearly two years. So it will be nice to get back on a links and get familiar with it again.”

Having really struggled with his driving around the tight Kilkenny parkland, McIlroy has put a two-iron in the bag that he dialled-in back home at the Bear’s Club as he looks to keep the ball in play back on links soil.

“I mean, that’s the thing. I need to hit the ball in play, and I think it’s very much against how I play, I might just need to throw it back a bit and hit more irons off tees and get the ball in play, because that’s what’s going to help me at least avoid the big scores or the big numbers, and just give me a little bit more of a chance to make some birdies.

“I certainly don’t feel as good about where I’m at compared to where I was after the U.S. Open. But I’ve got another week to get ready and prepare, and I obviously want to play well next week, as well and have a chance to win. There’s nothing better than preparing for a major championship by getting into contention the week before.

“But I need to work pretty hard on my game the next few days before heading into The Scottish Open.”

With Shane Lowry opting for a week at home ahead of his Open defence, McIlroy is joined by Padraig Harrington, Graeme McDowell, Jonathan Caldwell and Cormac Sharvin this week in North Berwick.

Sharvin enjoyed a much-improved tie for 33rd in Kilkenny having struggled with a niggling injury over the past few weeks.

“It’s a step in the right direction, my golf hasn’t been great of late but the way I played gives me a lot of confidence for the next few weeks,” said the 28-year old, with opportunity aplenty in $8million Rolex company for the Ardglass pro back on links land.

Harrington and Caldwell will both be hoping to bounce back from missed cuts at Mount Juliet while Graeme McDowell tees up buoyed by playing all four rounds in Kilkenny, his first weekend showing since the Texas Open back in March.

“I feel like I go to Scotland with some positives to take from the week,” said McDowell, who bookended his tournament with rounds of 74 but played quite well with a 67 and 70 to show on Friday and Saturday respectively.

“I just need to clean up a couple of things, the driver and the putter. They are the strengths of my game and if I can get those things firing and back on track, the rest of my game feels pretty good.”