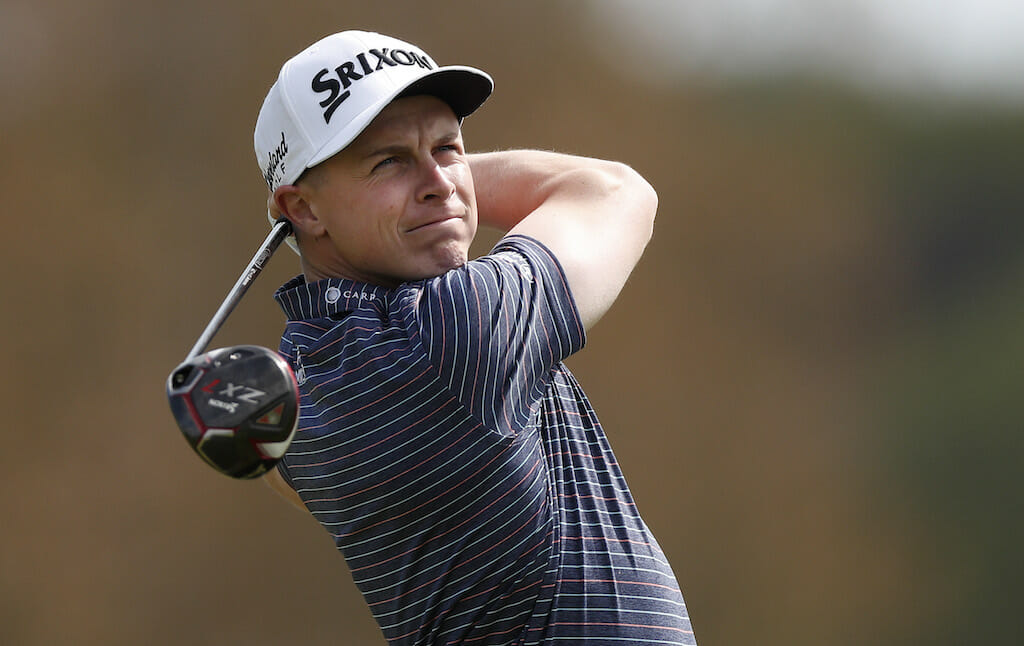 Conor Purcell dropped out of contention on moving day as Ewen Ferguson posted two eagles in three holes to join Frederic Lacroix at the top of the leaderboard ahead of the final day at the Challenge de España.

Portmarnock’s Purcell had been nicely placed through two rounds at ten-under par but could only manage a three-over 75 as he dropped to a share of 35th at seven-under.

There were no such issues for Scotsman Ferguson who posted a blemish-free seven-under par round of 65 while Lacroix carded seven birdies in his six-under par round of 66 to move into a share of top spot on 16-under par at Iberostar Real Club de Golf Novo Sancti Petri, two shots clear of American Chase Hanna and Spaniard Santiago Tarrio, who share third place on 14-under par.

Ferguson began slowly with just one birdie on his front nine but he burst into life on the back nine with a superb 30 which included a four-hole spell of two birdies and two eagles to charge through the pack on moving day.

“The first half of my round felt a bit flat,” he said. “The weather forecast made me feel a bit drowsy and it took a good part of the back nine which included two eagles to fire me up and all of a sudden the day just brightened up for me.

“My opening nine felt slow and the other two guys I was playing with, Kris and Santiago, nothing really happened for them either. There were hardly any putts dropping and it started to rain for a hole and then Santiago and I just started holding onto each other for the back nine. We started making birdies and because when you start seeing each other make birdies you want to get it as close to him as you can and vice versa.

“When I got to the 16th I thought to myself ‘let’s really knuckle down here and finish strong without making any bogeys’ because it is only the third day and there is so much golf left to be played and I just needed to get myself in the right position and that was what I was trying to do.

“I’ve had a third place in Cape Town and fourth in Sweden so I have had some really good results this season. The tournaments come week in week out and your hot weeks will come so it’s just about taking your chances when they do.”
Frenchman Lacroix was proud of his performance after taking a careful approach in navigating the Seve Ballesteros designed course.

“Since the third round of the last tournament, it has got better on the greens and I have managed to get some rounds going and I could shoot a bit lower than the first two days, so I am very happy,” he said.

“I made a good putt on the first hole to get my round going and then I just tried to stay away from trouble and not make too many mistakes. It is a course where if you get good shots you will get opportunities for birdies so I just stayed patient and managed to get the birdies going”

The final round of the Challenge de España will get under way at 7:55am local time, with Ferguson and Lacroix being joined by Hanna in the final group at 11:35am.