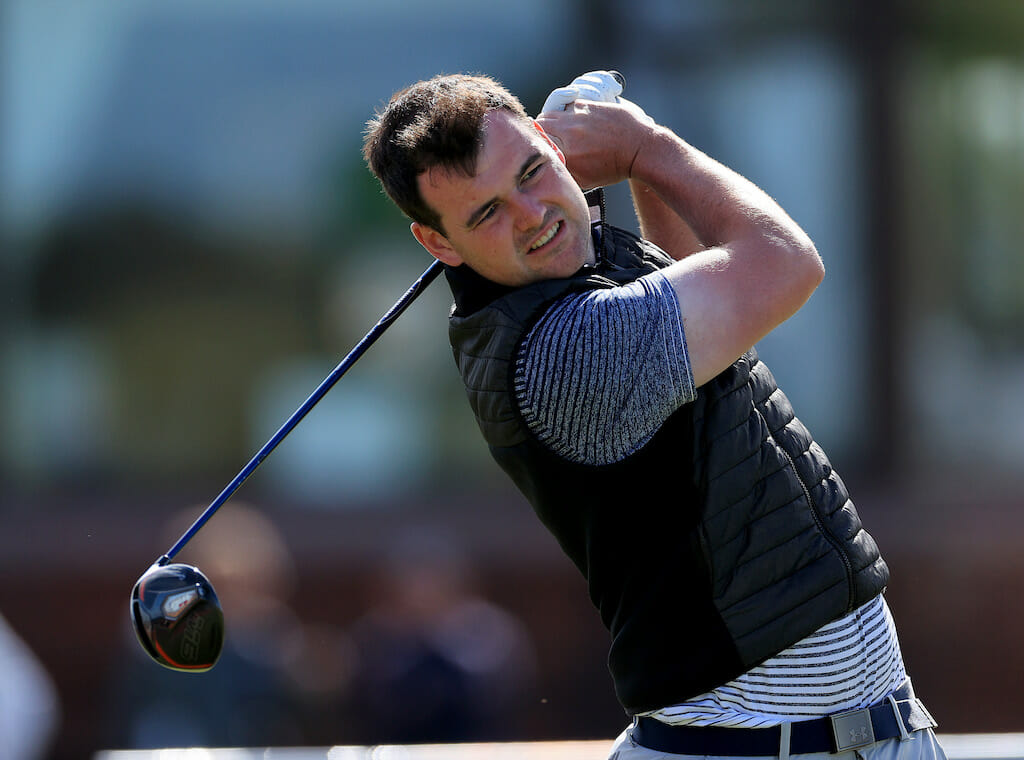 Whelan dispatched his Connemara opponent 4&3 in a convincing win and was joined in the last-32 of the draw by Dun Laoghaire’s Alan Fahy who breezed past Scot Jamie Roberts 4&2. Also through is Elm Park’s John Cleary who took down Iceland’s Sigurour Arnar Garoarsson 2&1 while Castle’s Robert Moran made it a four-strong Irish charge into the last-32, also getting the better of an Icelandic opponent, Kristófer Karl Karlsson 3&2.

Joining O’Neill in bowing out in round one of the match-play was Hugh Foley (1DWN), Marc Boucher who lost on the 19th, and Kilkenny’s Mark Power who also lost narrowly (1DWN).

Power, ranked 33rd in the World Amateur Golf Ranking and a semi-finalist at The Amateur last year, fought back from two down to square the match with three holes to play. However, Wilson’s birdie at the par-5 18th proved decisive for a one-hole victory after Power was bunkered off the tee. Royal Dublin’s Max Kennedy also suffered defeat on Wednesday, going down 2&1.

Meanwhile, Nairn teenager Calum Scott continued to make home advantage count as he moved into the last-32 at the 126th staging of the event.

On a day when the leading stroke play qualifier, Matthew Clark, and the top-ranked player in the field, Mark Power, were both knocked out, Scott helped maintain the Scottish challenge with a notable triumph in the opening match play stage.

Scott holed a 45 feet putt from the back of the 5th green to go one up and holed another long putt at the 6th as he made the most of his quick start to triumph and cheer the local members. Over the renowned Moray links, Kilmacolm’s Clark was one up after three holes against Mason Essam before his English opponent from Dartford fought back for a fine 5&4 win.

With the match play stage continuing to Saturday’s 36-hole final, the winner gains an exemption into The 149th Open at Royal St George’s, the US Open and, by tradition, an invitation to play in the Masters Tournament.

The 36 hole final round will be live broadcast on The R&A’s YouTube and Facebook accounts as well as on randa.org