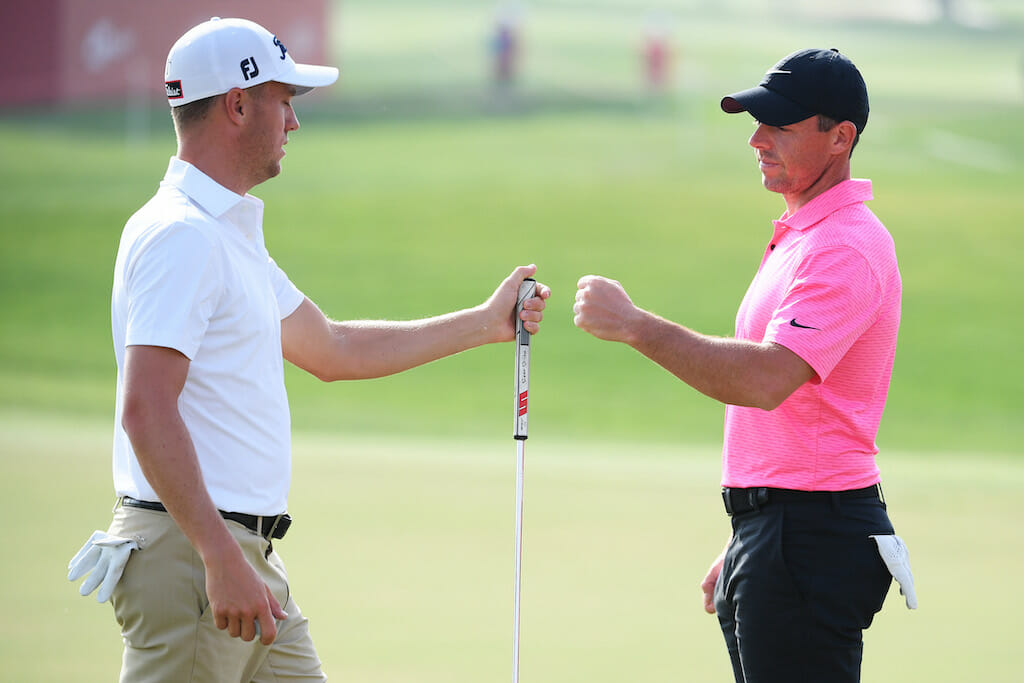 Organisers of a proposed $250million Premier Golf League say they will “never stop” in their bid to complete golf’s pyramid as they aim to leapfrog their way to the top of the game’s hierarchy.

PGL CEO Andy Gardiner believes the game has been crying out for a revolution and his organisation’s offering of an 18-event Formula One style season represents exactly that. Far from a done deal, Gardiner accepts that the likes of Rory McIlroy would need to be convinced to join the league to ensure it takes off but should he lure a dozen or so players of McIlroy’s ilk to the circuit ahead of its proposed start in January, 2023, then the Chief Executive sees no reason why the breakaway league shouldn’t represent good value for golf.

“They will all make their own decision but probably, when it comes to it, they’ll make a decision together,” Gardiner said. “I’m talking about eight or 10 out of the top 12, 15 guys because that’s what it would take to have this happen.

“Then you have collective strength in the way Jack (Nicklaus) and Arnie (Palmer) and others did back in 1968. I’m sure it wasn’t an easy decision for them to break away from the PGA of America to create the PGA Tour, which is of course the precedent for the PGL. It’s happened before and was very successful for the sport.”

Gardiner maintains that the PGL – NOT the Saudi-back Super Golf League – has the best interests of the game at heart and isn’t the ‘money-grab’ McIlroy has described it to be. He’s confident that after speaking to the Tours, that the likes of McIlroy would be free to choose joining the PGL “without fear of reprisals” despite players already threatened with expulsion from their respective tours and the Ryder Cup should they jump ship.

Gardiner also insists the proposal goes beyond the 48 mainstays of the 18-event tour, with 12 four-man teams complimented by a 13th team, set to be picked by the fans, a team women will be eligible to join. More than 800 juniors are set to benefit from playing in the Junior PGL while Gardiner also says that money will be given back to all levels of the game, including contributions to both main tours.

“We think this is in the best interests of the game long-term, pure and simple,” Gardiner said.

“The world rankings recognise around 20 professional tours just on the men’s side and they generate around 500 events a year between them. That is a very robust pyramid but not all tours are equal obviously and I don’t think the pyramid of golf has ever been fully formed.

“I think if you put the PGL as the top of the pyramid in golf, a similar effect to the Premier League in football takes place where there is greater interest on a global basis, the profile of the sport rises, more eyeballs, more cash. Then it’s about how you distribute that through the pyramid.

“That’s the consultation we now want to have because the European Tour and PGA Tour can be part of this ownership structure, their members can be part of this. We are very happy to talk about a purse contribution that goes to support either or both.”

To date, no talks have taken place between the PGL and the PGA Tour but Gardiner had come close to signing an agreement with the European Tour for some co-sanctioned events prior to the PGA Tour intervening with a strategic alliance with Europe. Gardiner accepts that such talks could get messy when they begin but having studied competition law in detail in recent times, he’s convinced that the powers of golf’s existing tours only extends so far.

“It’s not a concern,” Gardiner said of players risking bans for joining the PGL. “I think sense will prevail. I think the nature of what we have to share will be sufficiently attractive, genuinely.

“If it’s not, the door has always been open and actually we’ve taken it off the hinge now. And we’re not putting it back. We’ll never stop.

“The next stage is the consultation so there is no leap (of faith) from the players. It’s just a little shuffle to the left or right if we get this right. It’s about free will and about choice without fear of reprisal.

“We went through establishing what the law says and how it applies to the players, we now know the position and that’s why we are reaching out to the community to say ‘There’s a nice way of doing this, a great way of doing it, which is to make sure everybody gets a fair share’.

“All we’ve ever wanted is the ability to compete for the services of these guys in a fair and effective manner. I think we will be able to provide the players with the peace of mind they require, hopefully in the next couple of months, with a deal which says ‘Right guys, you’ve now got the freedom to choose’.

“And you can choose another Tour that pays more, because that’s just the case, and you can also choose it on the basis that’s it in the best interests of the game long term and other parts of the game are involved in this. In other words there is no controversy, it’s not as difficult a decision as the guys back in ‘68 had to make.”