Meadow ready for Major test at The Olympic Club 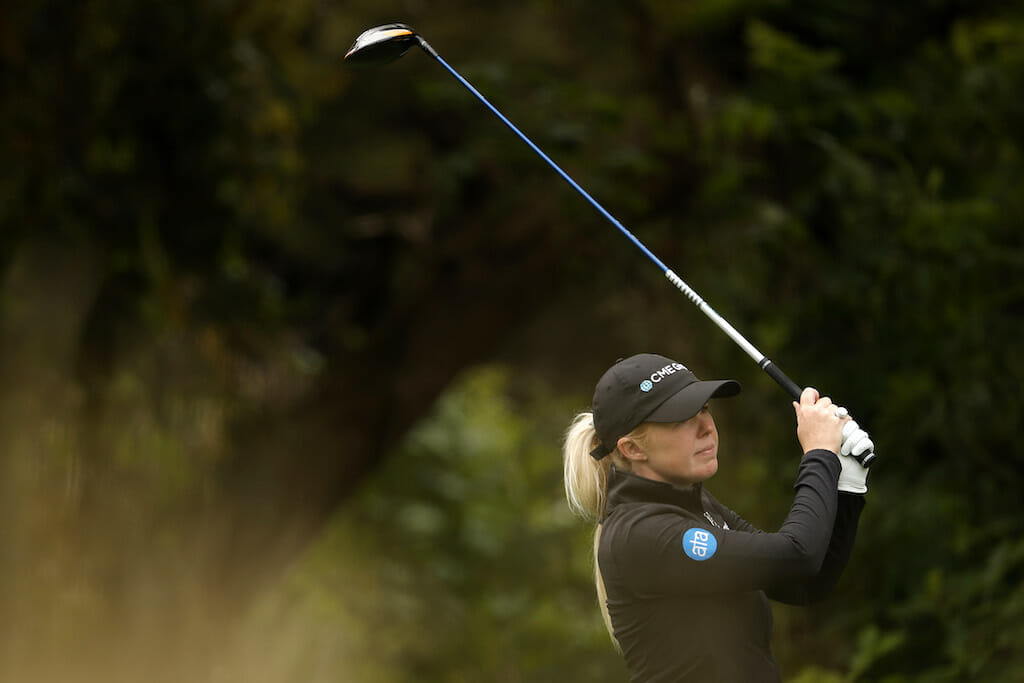 It was Mark Twain who wrote, the coldest winter I ever spent was a summer in San Francisco, and although temperatures are set to touch 20 degrees Celsius on the weekend, Thursday and Friday looks set to play cold and windy, which might not be a bad thing for Northern Ireland’s Stephanie Meadow.

The Jordanstown professional is Ireland’s sole representative at this week’s US Women’s Open where for the first time in its illustrious history, The Olympic Club will host the world’s best female golfers. The field of 156 players will battle for a $5.5 million purse, the largest purse in women’s golf history, and one player will earn the coveted title of U.S. Women’s Open champion.

Meadow’s history with the event hasn’t continued in the same vein in started, then again, nobody would’ve expected the young, blonde debutant from Ireland to place third on her professional debut when the US Open arrived to Pinehurst No 2 in 2014.

Since then Meadow hasn’t managed to play all four rounds at arguably the toughest test in women’s golf but she gets another shot at it this week in San Fran courtesy of cruising through qualifying with rounds of 68 and 66 last month at Superstition Mountain Golf and Country Club where her 10-under tally saw her tie second at the 36-hole event.

Making cuts at regular Tour stops hasn’t been a problem for Meadow this year, however. Coming off the back of her most consistent campaign last term where she played her way into the Tour Championship, the 29-year old has made five of seven cuts this year but she won’t be satisfied simply by making the weekend at Olympic, she wants to string four good rounds together in a bid to really kick-start her season.

“I’ve made a lot of cuts but I’ve had really bad Saturdays and Sundays, so I’m looking to kind of gain momentum through the week and just kind of put four rounds together and get a better-than-top-40 finish,” she said.

Another player who excelled in her first US Women’s Open appearance at Pinehurst in 2014 was Canadian Brooke Henderson, who would be gifted a memory of a lifetime at the resort and a moment she still remembers fondly.

“This tournament has always played, has a special spot in my heart. In 2014, I was low amateur, got to be on the 18th green when Michelle Wie West was awarded her trophy, which is a pretty incredible feeling,” said Henderson, who two years later would become a major champion herself at the 2016 KPMG Women’s PGA Championship. “I got the little medal that day, but hopefully someday I’ll get the big trophy.”

Henderson is hoping to become just the third player since 2014 to have won an LPGA Tour event earlier in the season and then the U.S. Women’s Open, but knows she’ll have to rise to the challenge of the famed Olympic Club to do so.

“Any major championship, especially here at Olympic Club, this course is super challenging, and when you look back at the scores of the previous tournaments that have been held here, it’s pretty eye opening to see that the winning score was plus one after four rounds. You’re not used to that,” said Henderson.