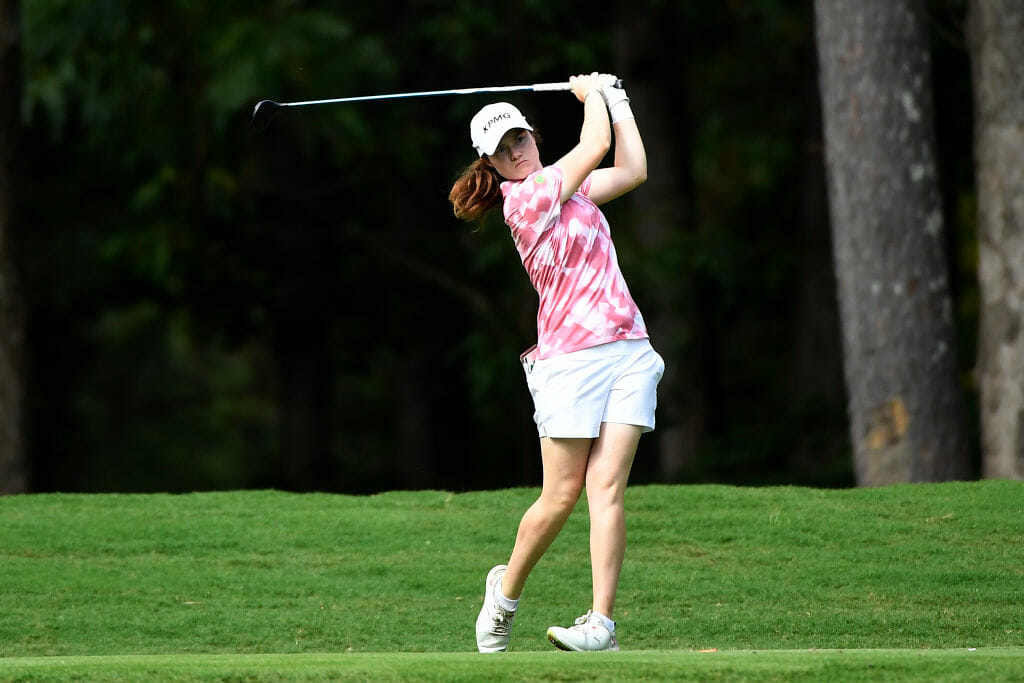 Leona Maguire broke 70 for the fifth round in a row as she opened her LA Open account with a two-under par 69 to sit five shots back of Jessica Korda’s lead after day one in California.

The Cavan professional, fresh off her career-best LPGA Tour finish of tied second in Hawaii, started from the back-nine and recovered from a bogey at her third hole with four birdies in her next five to make the turn in three-under. Maguire birdied her 12th hole of the day to get to minus-four but just as it looked like she was about to go into overdrive, she double-bogeyed the par-3 fourth.

The 26-year old bounced back with a birdie at the fifth but there was a final sting in the tail at Wilshire Country Club as a closing bogey resigned Maguire to a tie for 31st ahead of round two, right in the tournament though not quite as close to Korda’s lead as she would’ve hoped. Having found 16 of 18 greens in regulation, Maguire will hope for a much hotter day with the flat-stick on Friday after taking 32 putts in round one.

There were no such worries for Korda who fired eight birdies in a seven-under par round of 64 to lead Tiffany Chan and Moriya Jutanugarn by a single stroke, with sister Nelly just a shot further back in a share of fourth. Having played solid golf last week in Hawaii without the rewards, Korda was pleased to see a few putts drop after taking the early lead in LA.

“I was lucky enough that I was hitting the ball well last week,” she said. “I just wasn’t making any putts, and so I was kind of just taking that mentality into this week, Like if I can maybe drop some putts I can have a good round.

“But out here it’s tough. This isn’t an easy golf course at all. I was lucky to be able to position myself in the right spots off the tee and take advantage of the short putts that I did have for birdie.”

Korda has been the model of consistency this year having shot even par or better in 18 of 21 rounds this term.

“It’s nice,” she agreed, before taking a leaf our of Forrest Gump’s playbook. “I’m trying to be consistent. I think that’s the goal. I’ve been on tour for so many years and that’s just always been my goal. But I think as I get older, just learning my body, where I can go and where I can’t go. I have great support system that believe in me and that are always there to guide me.

“And so it’s just — it’s golf. You never know what you’re going to get from one day to another. You can feel great one day and not have a great day and feel crappy and have a fantastic day. You just never know. It’s like a box of chocolates.”

It wasn’t such a good day for Stephanie Meadow who carded a two-over par round of 73 to sit in a tie for 90th. The Jordanstown professional carded two birdies but also two bogeys and a double in a round where she found 15 of 18 greens in regulation but needed 35 putts. The projected cut-mark after day one was even par.