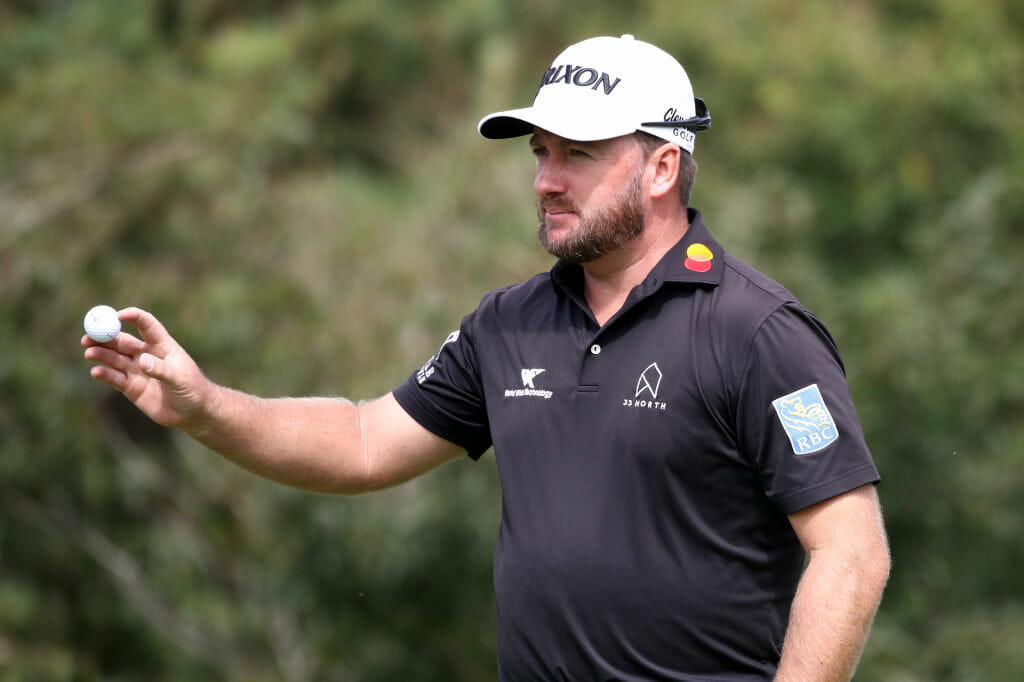 Graeme McDowell fired a bogey-free three under par 69 to move 18 places up the leaderboard on day three of the Valero Texas Open.

After eight straight pars, the 41-year old rolled in a ten-footer for birdie at the 18th, his ninth hole of the day before picking up shots on the two-par-3s on the way home to move to two-under par for the tournament and into a tie for 26th.

That leaves him a full ten shots back of joint-leaders Matt Wallace and Jordan Spieth ahead of an exciting final round in San Antonio. Both players posted 67s on Saturday with Wallace going in search of his first PGA Tour victory having won four times on the European Tour.

“There’s times in rounds where you know you need to make things happen and you know you need to hole a putt at the right time,” said Wallace. “I’ve had all of my wins and even in mini-tour events, you know that certain situation and that moment when you have a chance. So I’ll prepare myself for that and I’ll think of the good stuff, that I’ve holed putts this week, I’ve pulled shots off and that should see me in good stead.”

As for how he feels about going head to head with the in-form Spieth, the Englishman admits he’s excited, but there’s more than one danger lurking with course specialist Charley Hoffman just two shots back in third.

“Yeah, [but] not just him,” Wallace said. “This course can throw up a few players. Charley obviously played really well today and he loves this golf course. I think we’re in three-balls tomorrow. It will be a nice group. Yeah, I’ve just got to dig deep in my own game and enjoy my good stuff and think about my good stuff and try to get it done tomorrow.”

Meanwhile, this is Spieth’s third 54-hole lead of the season but he remains without a win since his Open triumph in 2017.

“Winning here would be ‑‑ I mean, winning a PGA Tour event is a very, very difficult thing to do and I’ve certainly been humbled in that process over the last few years,” said Spieth.

“First, I’m focused on this week, always have been. I haven’t thought ahead whatsoever. I thought the best prep for next week is to work yourself into contention and just kind of see where all facets of the game are under pressure. Got quite a bit of that today to test out and hopefully make some improvements for tomorrow.”

“Yeah, it’s about going out tomorrow and hoping that me and Wally can make a lot of birdies and come down the stretch on the last few holes and see what happens. Yeah, I feel good. It’s going to be fun, just try and have fun. You know, it’s a tough golf course in its own right, but then it gives you a lot of opportunities and some exciting closing holes.”