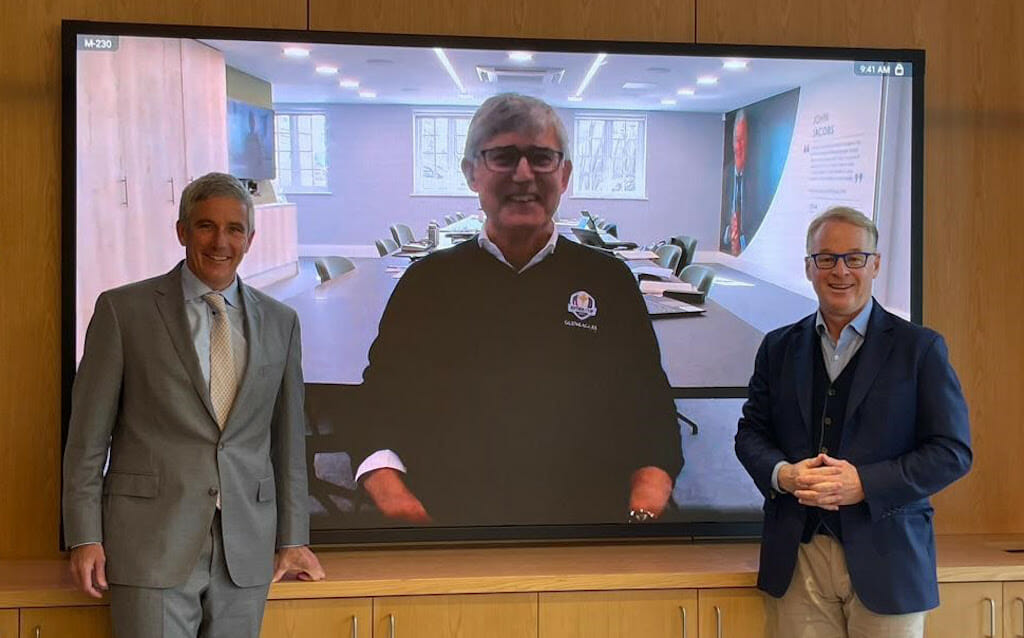 An historic milestone in the evolution of the Strategic Alliance between the European Tour and the PGA Tour unfolded on Monday when PGA Tour Commissioner Jay Monahan attended his first PGA European Tour Board Meeting.

Commissioner Monahan’s position on the Board came as part of the partnership – announced last November – which saw the PGA Tour acquire a minority investment stake in European Tour Productions (ETP), the European Tour’s Media Production company, which produces and distributes content internationally.

David Williams, Chair of the European Tour, welcomed Commissioner Monahan to the virtual meeting from the PGA Tour’s Florida base, where he is currently involved in a series of meetings with European Tour CEO Keith Pelley.

“I am delighted to welcome Jay Monahan, representing the PGA Tour, to the Board of the PGA European Tour at this important and historic time for the Tour and for golf development worldwide,” he said. “This illustrates how closely we are aligned now and how closely we will be aligned moving forwards.”

Jay Monahan said: “When we announced the Strategic Alliance last year, I said I was looking forward to working even more closely with the European Tour for the benefit of the men’s professional game and for golf fans around the world. Today was an important step in that journey.”

The Strategic Alliance will see golf’s two major Tours explore all facets of collaboration, working together on strategic commercial opportunities including collaborating on global media rights, as well as in areas such as global scheduling, content, prize funds and playing opportunities for the respective memberships.