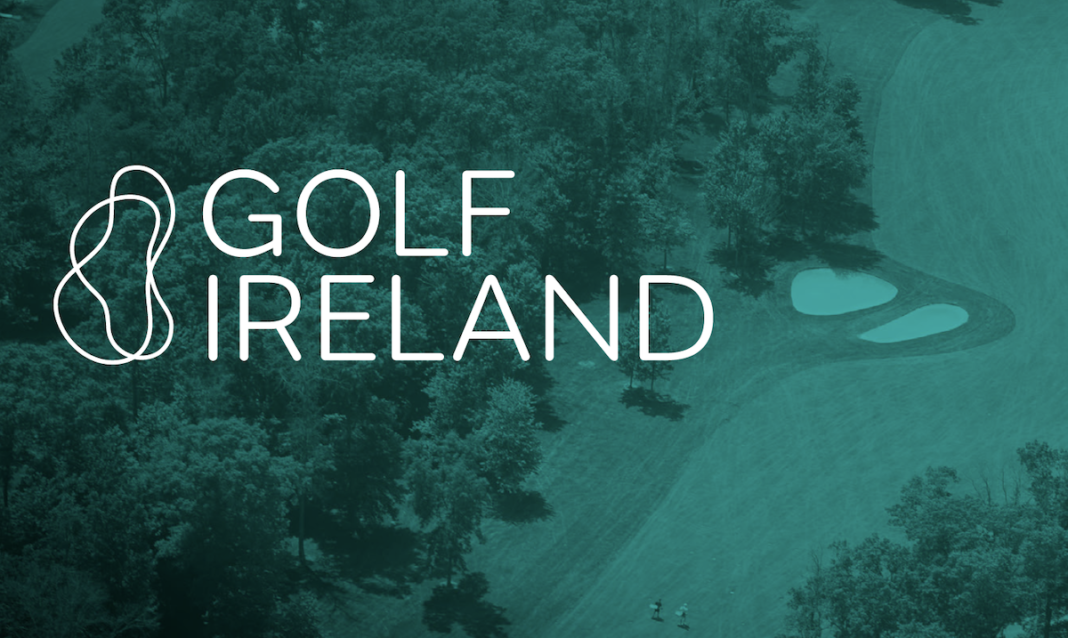 Golf clubs heralded a new era for the sport in Ireland today as the AGM of Golf Ireland, with over 900 in attendance virtually, witnessed the ratification of the first full board for the new governing body with 46% female representation.

The new 13 member board was elected to take over from the Transition Board, chaired by Tim O’Connor. The first full board proper of Golf Ireland is tasked with developing a strategy for the organisation and will be accountable to affiliate clubs through the annual general meeting.

John White (Co. Armagh) takes on the honour of being the first President of Golf Ireland, a post he will hold for 2021, before Kay O’Loughlin (Castlerea) assumes the office for 2022.

Paul Haran, a former Secretary General of the Department of Enterprise, Trade and Employment, with considerable experience in both the public and private sectors takes on the role of Chairperson. “I would like to thank Tim and the Transition Board for their great work in bringing Golf Ireland to where it is today, a modern and inclusive governing body” said Haran.

“I am both honoured and excited to be appointed as Chairperson to the Board of Golf Ireland and I look forward to working closely with my fellow directors over the coming years to build on the solid foundations set down by the Irish Ladies Golf Union and the Golfing Union of Ireland over the last 130 years.

“We have a diverse range of relevant skill sets on the board which will help us in developing and implementing an inclusive strategic vision for the game of golf across Ireland.”

Outgoing Chairperson of the Transition Board, Tim O’Connor said: “Golf in Ireland has set itself on an exciting new journey, building on the tremendous legacy of the ILGU and GUI. The way our affiliate Clubs have embraced the new dispensation, exemplified by very strong participation in the Regional Elections Process, has been very encouraging and inspiring and I have no doubt our sport is going to go from strength to strength into the future, founded on the values and principles of the Proposal of equality, inclusion and diversity.

“It’s been a great honour to chair the Transition Board and I would like to thank my colleagues on it for their sterling work over the two years of Transition. On their behalf and my own, I wish the new Board and the Team at Golf Ireland tremendous success.”

While messages of support were received from the Office of the Taoiseach, Sport Ireland, Sport NI and the legacy organisations, Martin Slumbers, Chief Executive of The R&A, said: “I am delighted to hear that the transition to a single governing body for golf in Ireland has gone well and remains on schedule. Today’s AGM is an important milestone on this journey.

“The R&A is committed to ensuring that golf is thriving 50 years from now, but to achieve this long-term vision, we need to work collaboratively with national associations around the world. Of course, Golf Ireland has a vital role to play within Ireland, but it also has an important role to play beyond its shores in terms of shaping our sport globally.”

Board of Directors in full:

For continuity and in line with good governance practices, Pauline Bailie and John Power from the Transition Board will also serve as Directors on the first full Board of Golf Ireland.

Biographies of each director are listed below

John White, President – John is a member of Co. Armagh GC and has served on numerous committees, is a past captain and president and is currently a trustee of the club. He enjoys both the playing and administrative aspects of golf and has a keen interest in rules – having completed the Level 3 Rules Exam at St Andrew’s. Serving as a GUI Ulster Branch volunteer for over 20 years, John became Ulster Chairman in 2017. He has also acted as Ireland team manager on several occasions including a victorious European Nations (2016) and two Home International winning teams (2015 & 2017).

Paul Haran, Chairperson – Paul served as Secretary General of the Department of Enterprise, Trade and Employment, retiring in 2004 after a public sector career of almost 30 years. Since then he has been a Director and board member of many companies and bodies including Glanbia, National Broadband Ireland, the Irish Heritage Trust and Edward Dillon which he chairs.  He served as Chairperson of the UCD Michael Smurfit Graduate Business School and as the Vice-President and Principal of UCD’s Business and Law schools.

Jane Joyce, Director – Jane is an experienced golf administrator, most recently as the ILGU Connacht District Secretary and also at club level with Gort GC. Trained in marketing and public relations, her primary experience is at a voluntary level having participated in the initial Golf Ireland Discussion Group on volunteerism.

Gerri Houlihan, Director – Gerri has been Chairperson of Headfort GC having been a member there for over 25 years and serving in various committee roles. By profession she was a Medical Scientist, working for 35 years in various Dublin hospitals. She is retired since 2010, having been the Chief Medical Scientist of the Endocrine Laboratory in the Mater Hospital.

Barry Lynch, Director – Barry has been a member of Raffeen Creek since its founding in 1989 and has held many voluntary positions within the club. He also has had extensive involvement with the GUI, both at provincial and national level in the areas of handicapping, course rating, rules and championships.

Peter Greene, Director – Peter is a chartered accountant and statutory auditor with 30 years professional experience in the accountancy profession and voluntary sector, with specific expertise in corporate governance. Peter is also a member of Holywood GC and has undertaken a variety of volunteer roles within the club.

Pauline Bailie, Director – Pauline was a member of the Transition Board of Golf Ireland, chairing the Volunteering Sub Committee. She was also a member of the most recent ILGU Board, chairing the Handicapping and Course Rating Committee. Prior to this, she was involved in golf administration in her club Belvoir Park. Pauline’s professional career was in the Northern Ireland Civil Service where she has worked for over 35 years.

Teresa Byrne, Director – Teresa is a professional accountant working in the pharmaceutical industry for a number of years. She was previously a member of the ILGU Board as Finance Director until 2019 and was heavily involved in the Golf Ireland Discussion Group during this time. She is also involved in volunteering at her local club New Ross.

Vinny Hammond, Director – Vinny’s professional background is in high performance sport where he works as the Head of Analytics and Innovation for the Irish Rugby Football Union (IRFU), primarily working with the senior national team. He also sits on their High Performance Strategy Committee. He is a member of Carton House GC.

Martin Hynes, Director – Martin has experience in golf administration at both club and provincial level. He has been involved in the management of Athenry Golf Club and has also been a member of the GUI Connacht Branch, sitting on their Championship Committee. Martin works as lecturer in Galway Mayo Institute of Technology, with a research background in high performance sport.

Sarah O’Connor, Director – Sarah is a qualified solicitor who has spent her career in the sports industry. Firstly as CEO of the Federation of Irish Sport until 2015 and more recently as Company Director and Head of Sports Marketing & Sponsorship at Wilson Hartnell. She also has volunteer experience as Chairperson of Boardmatch Ireland and as a member of Irish Sailing’s Olympic Sailing Group. She is a member of Milltown GC.

John Power, Director – John was a member of the Transition Board of Golf Ireland, having previously been involved in the Discussion Group to form the new organisation and as a member of the GUI board. He has also been involved as a volunteer with his own club Portmarnock GC. Professionally, John is Chartered Engineer and was Director General of Engineers Ireland until 2015.

Power out of Zurich Classic after failing Covid test