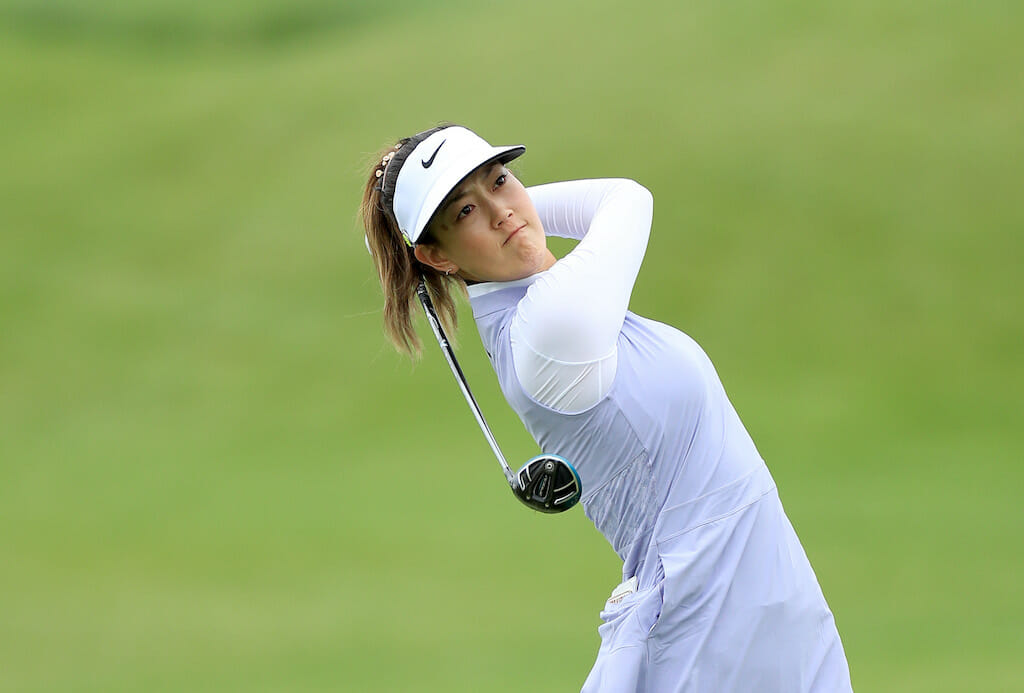 Michelle Wie West has rightfully slammed Rudy Giuliani, calling out the former New York Mayor and former lawyer to disgraced past US President Donald Trump over comments regarding her attire.

Wie, 35, a five-time winner on the LPGA Tour, has taken Giuliani to task on her Twitter page following his interview with yet another disgraced Trump backed Steve Bannon, on Bannon’s ‘War Room’ podcast. The now 75-year-old Giuliani recalled a charity golf match he played with Wie and the late Rush Limbaugh during a charity fundraiser years ago.

Giuliani said there was paparazzi at the golf course and suggested they were there to snap photos of Wie and her putting stance, because she “bends all the way over and her panties show”. Wie West let rip at Giuliani:

“What this person should have remembered from that day was the fact that I shot 64 and beat every male golfer in the field leading our team to victory,” the 31-year-old wrote. “I shudder thinking that he was smiling to my face and complimenting me on my game while objectifying me and referencing my ‘panties’ behind my back all day.

“What should be discussed is the elite skill level that women play at, not what we wear or look like. My putting stance six years ago was designed to improve my putting stats (I ended up winning the US Open that year), NOT as an invitation to look up my skirt. Nike makes skirts with SHORTS build in underneath for this exact reason…so that women can feel CONFIDENT and COMFORTABLE playing a game that we love.”

Wie West won her five LPGA events between 2009 and 2018. In March 2019, Wie announced her engagement to Jonnie West, who is Director of Basketball Operations for the Golden State Warriors and the son of NBA legend Jerry West.

They married on August 10, 2019, at a private home in Beverly Hills, California. In January 2020, Wie announced she was pregnant with a daughter, and has expressed interest in eventually returning to competitive golf. On June 19, 2020, Wie gave birth to her daughter, Makenna Kamalei Yoona West. She has not played in an LPGA event since 2019 as she dealt with injuries before taking time away to focus on her growing family.

The US Golf Association tweeted support for Wie, saying: “Sexism has no place in golf or life. We are always in your corner.”