Korda keeps Kang at bay to claim Tournament of Champions 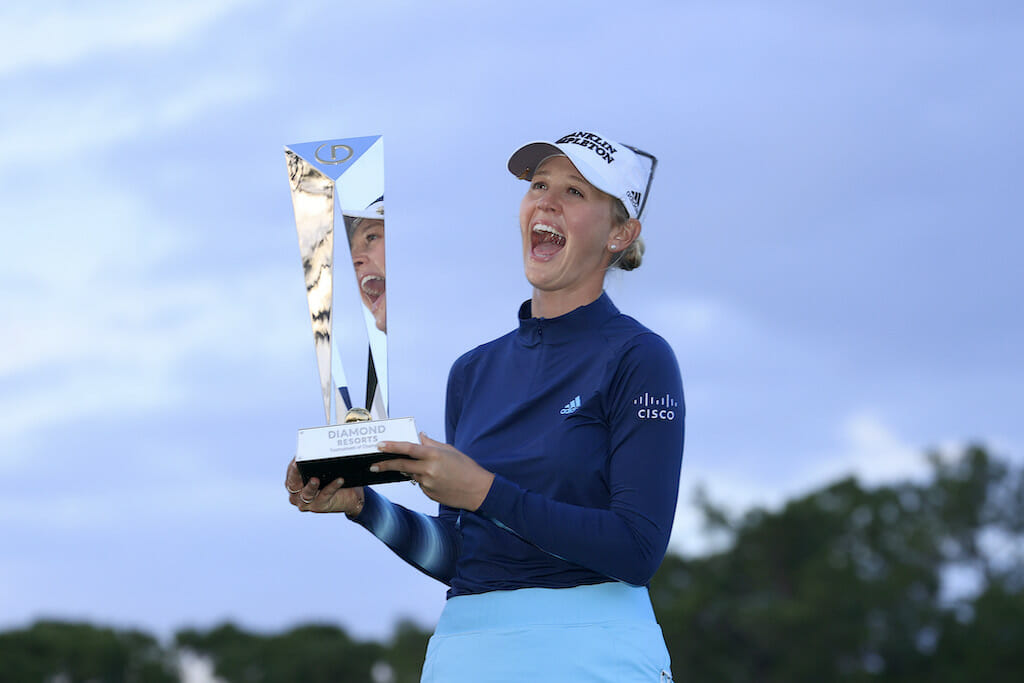 Jessica Korda kept her cool in a playoff to beat Danielle Kang to victory at the Diamond Resorts Tournament of Champions at Four Seasons Golf Club.

One-under for the day through 12 holes, Korda caught fire on the back nine, picking up shots at four of her closing six holes in a final round 66 to match Kang’s tally of 24-under par. And the birdie train hadn’t stopped there for Korda who rolled in a raking thirty footer at the first extra hole to claim her sixth LPGA Tour title in Orlando.

On Saturday Korda became the sixth player in LPGA Tour history to shoot 60 or better with her sparkling 11-under 60. She was slow out of the blocks by her own admission on Sunday and knew something had to change if she was going to lift the title, especially because Kang had yet to make a single bogey all week: “When you’re chasing, you need to keep the pedal to the metal,” Korda said, “and I wasn’t doing that.”

Kang went 68 holes in the tournament without a bogey (and 84 holes overall, dating to December’s CME Group Championship) her streak ending when she three-putted for bogey at the rugged 419-yard 15th.

“‘I’m not disappointed in that I didn’t win,” Kang said. “It’s not about winning and losing for me. It’s about being able to execute when I want to –- and having a feeling when I feel like I can’t do something is something I don’t like.”

Both Leona Maguire and Stephanie Meadow are expected to make their seasonal reappearance at the Gainbridge LPGA from February 25.