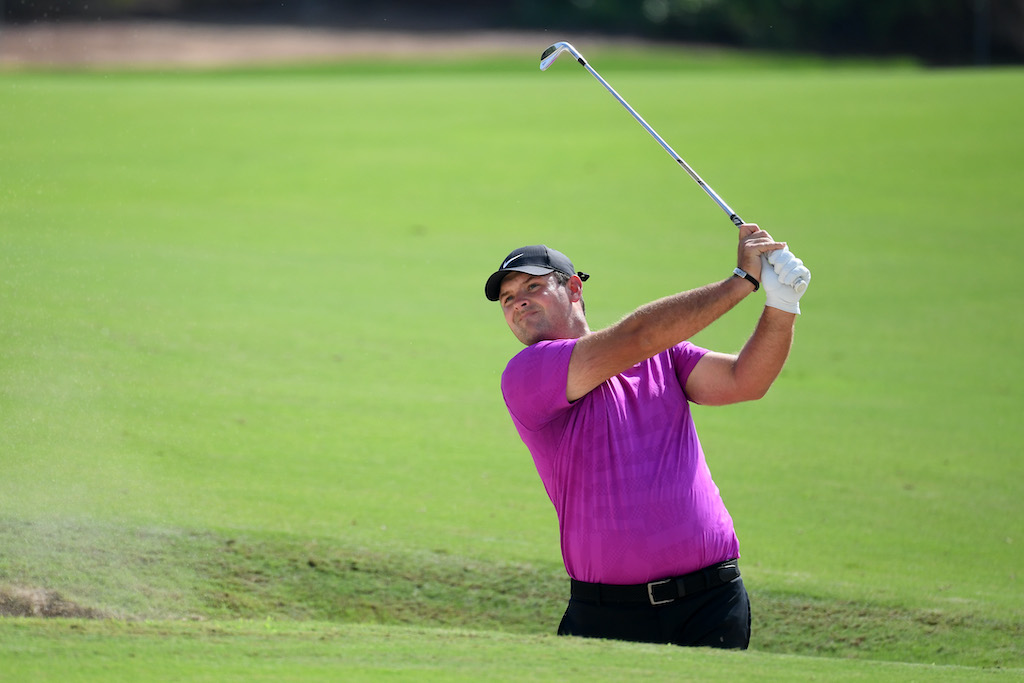 Patrick Reed was in a class of his own producing a sizzling eight-under par 64 to move two shots clear of the field at the DP World Tour Championship in Dubai. The past Masters champion collected nine birdies and dropped the only shot of his two days at the par-4 12th hole as the 30-year old looks to become the first American in the 48-year history of the Tour to be crowned European Tour No. 1.

Reed began the second round sharing ninth place and his bright purple Nike logo shirt was soon commanding plenty of attention when he birdied five of his opening eight holes. The Lone Star State golfer then closed-off with birdies on three of his closing four and delighting, for a second day running, probably the largest gathering of spectators since the lifting of the Tour’s lockdown in the many corporate enclosures around the 18th, with a second straight closing final hole birdie.

“Anytime you shoot eight-under par you’re always happy,” said Reed. “I feel like today I got off to a little better start than I did yesterday and the putter was working a little bit. Yesterday I felt like I did a lot of things pretty well, just putts weren’t really falling, was kind of burning a couple edges, a couple iron shots weren’t as close as they needed to be, and today I tightened it up.”

England’s Matthew Fitzpatrick posted a 68 to move into second place at eight under par, one shot clear of his compatriots Laurie Canter (66) and in-form Tyrrell Hatton (68). Fitzpatrick captured the 2016 DP World Tour Championship and will look to draw upon those memories heading to the final two rounds of the final event of the year.

“I’ve been in the position before to win around here and I know what it takes. But at the same time it’s four years ago now,” he said. “It’s just a long time ago, unfortunately. But things change, my game changes, different swing thoughts. Honestly after the first two days, I don’t want to jinx myself, touch wood here, but I definitely feel like my swing was way better these first two days than it was the year I won.