Woods brilliantly regroups from highest ever score at the Masters 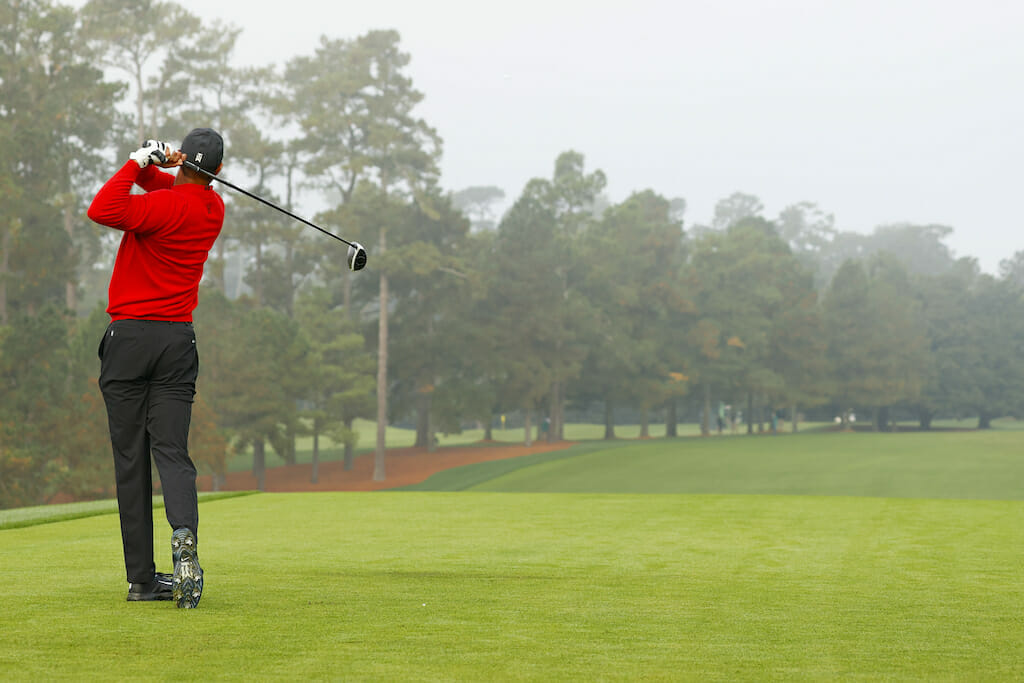 Masters champion Tiger Woods plays his stroke from the No. 1 tee during Round 4 of the Masters at Augusta National Golf Club

Tiger Woods gave a listen in resolve on Sunday, brilliantly bouncing back from a nightmare 10 at the par-3 twelfth to birdie five of his closing six holes

More than 18 months after Francesco Molinari, Brooks Koepka and Ian Poulter saw their hopes of eclipsing Woods for the 2019 green jacket take a swim at the par-3 12th, the defending champion unbelievably put not one, not two, but three balls into Rae’s Creek at the hole named Golden Bell.

Here’s a supercut of Tiger Woods’ 10 on the par-3 12th today. https://t.co/OaZFTSdOiE pic.twitter.com/Ezk92HHBid

Woods last year slipped one arm into a fifth green jacket when all three came unstuck at 12 with Woods setting-up a par-save by leaving his tee-shot under the flag. Call it the Molinari curse, or you could perhaps label it the Koepka curse or the Poulter, but oh, the game of golf can be so cruel

In putting three brand new Bridgestone’s into the water, Woods racked-up a seven-over par 10 for the hole and dropped from three-under at the time to four-over for his defence of the title. Shane Lowry, who was playing alongside Woods, walked off with a birdie at the same hole.

“I didn’t commit to the wind, and I also got ahead of it and pushed it, too, because I thought the wind would come more off the right and it was off the left, and that just started the problem from there.

And for anyone who doubted Woods’ resolve, he birdied five of his closing six holes, including the last four, in a round of 76 to get back to one-under par: “That is part of our sport, and I was saying in there earlier, this sport is awfully lonely sometimes,” said Woods.

“You have to fight it. No one is going to bring you off the mound or call in a sub. You have to fight through it. That’s what makes this game so unique and so difficult mentally. We’ve all been there, unfortunately. Unfortunately, I’ve been there and you just have to turn around and figure out the next shot, and I was able to do that coming home.”