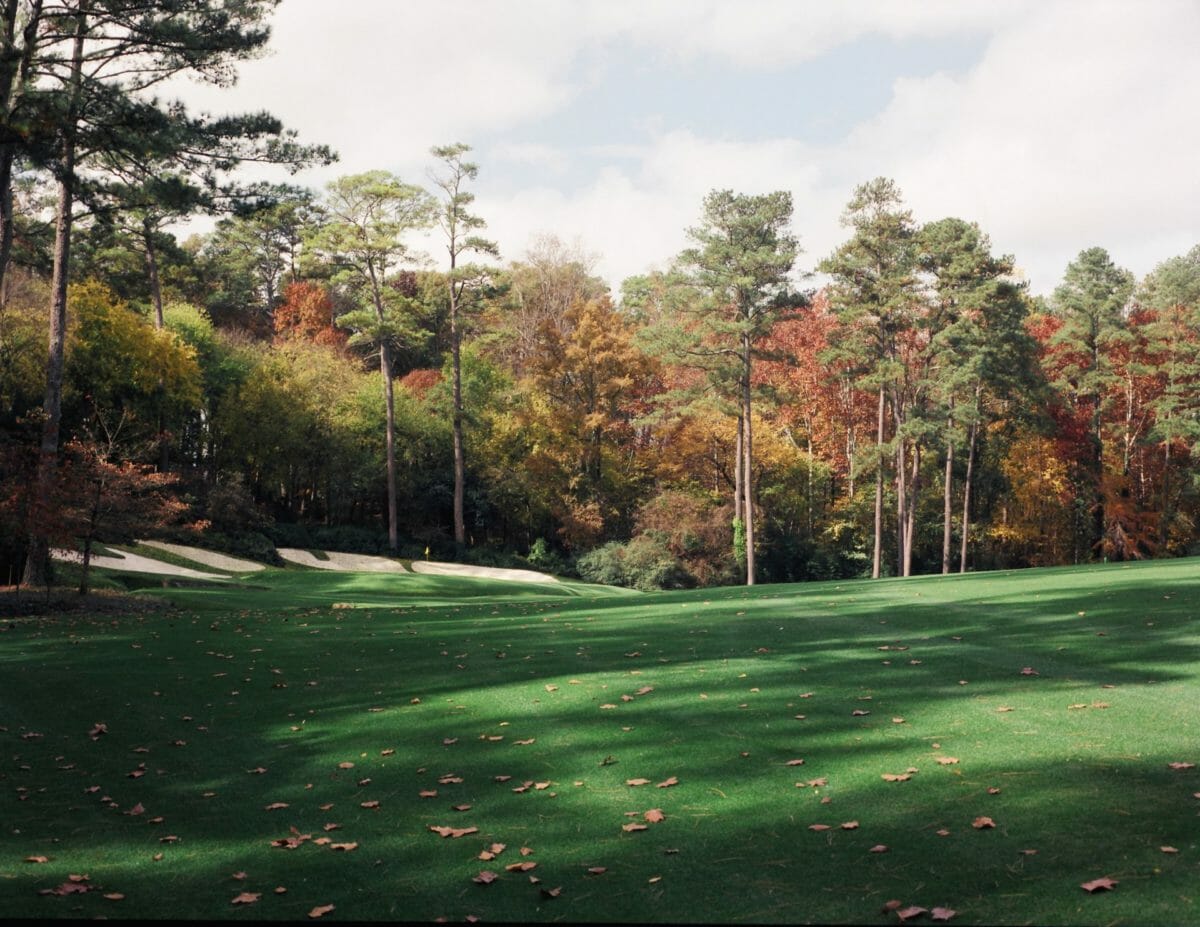 If you’ve ever been to Georgia early in November, here’s a fact.

The days are short and while there can be bright sunny days, it still gets cold while it also rains and is often miserable.

I’ve been to many Masters in April but then I was also in nearby Atlanta from 1994 to 1996 for the opening three Subaru Sarazen World Opens held on the Chateau Elan course just to the north of the Georgia capital.

Ernie Els captured the inaugural event that ended on 6th November while the 1996 version of the ‘non-Tour counting’ tournament, successfully defended by Kiwi Frank Nobilo who won in 1995, ended on 4th November, 1996.

I vividly recall the splendour of the host golf course and also managing to obtain Gene Sarazen’s autograph but weather-wise all I can remember to this day is how bleak Atlanta looked and how damn cold it was.

And now for a first occasion since 1999, a major golf tournament is returning to Georgia and a week deeper into November than the ‘Sarazen’.

It’s going to be weird enough not to see any patrons walking the fairways of Augusta National but what is going to be just as strange is seeing some 96 of the world’s best players rugged-up under three to four layers wearing woollen beanies and sporting gloves just to keep warm.

Then there’s the sight of the first morning, 12th November, with competitors teeing-off both from the first and 10th tees. 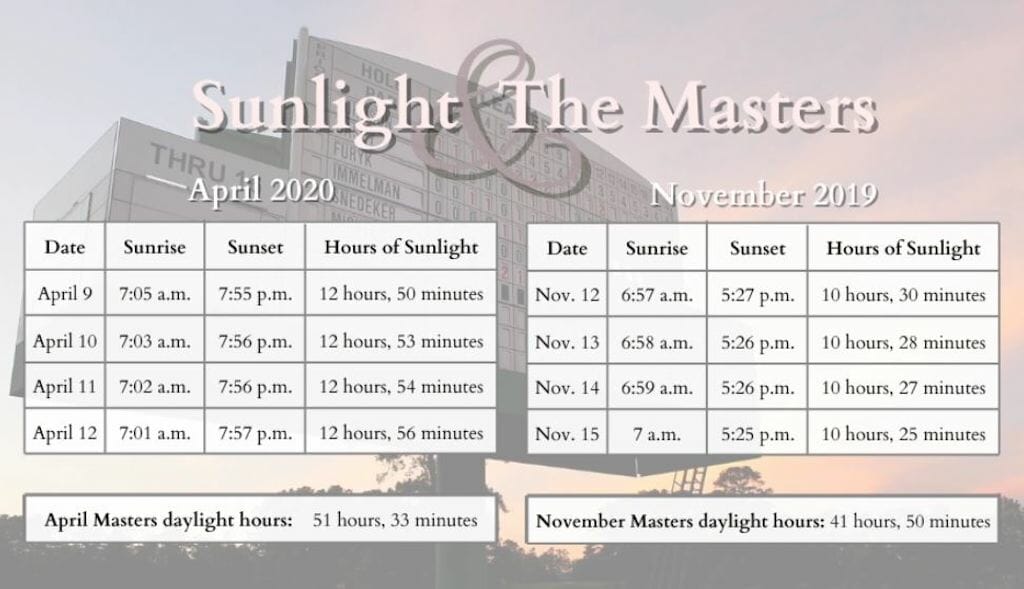 That will be 32 three-ball groupings or 16 groups of each tee.

If you looked at the amount of sunlight this past April, from April 9th to 12th, when the Masters was due to be held there was a total of 51 hours and 33 minutes of daylight.

Now take a look at the similar sunrise and sunset times for the four days 12th to 15th November.

As my colleague and friend, Crail Dolch has pointed out in the Augusta Chronicle, the last time there was a field of 96 players in the Masters was 2010, with the 32 tee times spread out over 32 groups starting from 7.50am to 1.53pm.

There was an 11-minute break between groups forcing Augusta into a two-tee start.

There’s no chance of that working in some 27 days because if the last group teed-off at 1.53pm and went around in just four hours, they would run out of light while on the 15th or 16th holes.

So, if on 12th November Augusta sent the first out the first groups on two tees as early as 7.30am and in 11 minute intervals, it would mean the last two groups will go off at 8.47am.

In allowing the two last groups of the morning to take four-and-a-half hours they are not going to finish to 1.17pm.

It’s going to mean Augusta officials are going to have to send the afternoon half of the opening two draw, and that’s 48 players, even before noon so that the final two groups can get onto the course before 1pm.

There’s surely going to be congestion and chaos.

And then there’s Sunday 15th November and the final day of the 2020 rescheduled Masters.

Last year 65 players made the cut in the 2019 Masters but in anticipation of heavy rains, the field was split in two with 11 three-balls out from two tees at 7.30am to 9.20am.

It was the first time in 83 Masters there had been such an early Sunday start.

Though that was April and If Augusta sticks with this morning tee-off policy it could mean an 8.30am or so tee-time for the first groups and 10.20am for the last groups then the 84th Masters will get completed.

But there’s one other concern. What if there is a play-off?

“Oh, they should have time for a play-off,” I hear you say.

It may be so but everyone knows TV networks rule the sports world and host broadcaster CBS is committed to televising an NFL game kicking-off at 4pm.