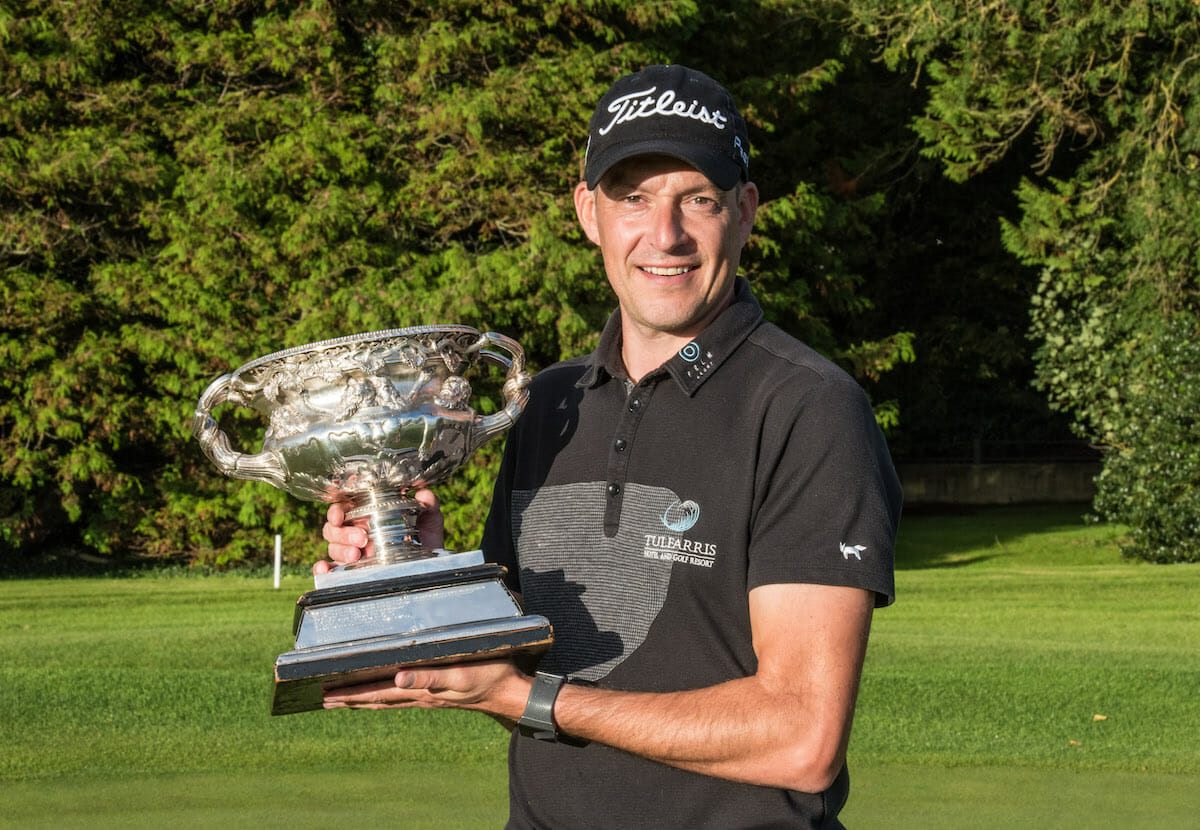 The Newcastle based professional holed a putt from around 30 feet at the par four first to claim his third Irish PGA Championship crown (previous wins 2018 & 2011).

“My approach flew the green and finished on the fringe. I wasn’t sure how the lie was going to be but it wasn’t too bad to be fair,” said Simon.

The tournament was reduced to 36 holes after heavy rain prevented any play on day two at the Co. Dublin venue. Thornton started Thursday’s final 18 holes two shots behind the round one leaders, Moriarty and Shane Jenkinson (St Margaret’s G&CC) after opening his campaign with a one-under-par 70.

In blustery conditions, he failed to get anything going over his opening nine holes, ticking off nine consecutive pars before picking up his opening birdie of the day at the par-five 10th.

A dropped shot at the par-four 16th threatened to derail his challenge but a closing birdie at the par-five 18th saw him top the leaderboard alongside Moriarty who closed with a second round 72 (+2).

“I didn’t get up and down from the front of the green at 16 and that was silly,” added Simon.

“I knew walking up 17 that no-one was ripping it up so I just focused on getting a birdie on the last.

“That was really all I could do and then whatever happened after that well, so be it.

“I hit a drive and three wood to leave myself with 67 yards. That’s a nice number for me. I hit it to three feet for the birdie that ultimately got me into the play-off.”

And he continued; “It doesn’t matter what it is for. When you are chasing a win in a play-off, you get those same feelings standing on the tee. Your heart is racing.

“I’m sure Colm was feeling exactly the same. I’m delighted with the win.”