McIlroy faced with two weeks to find his missing spark 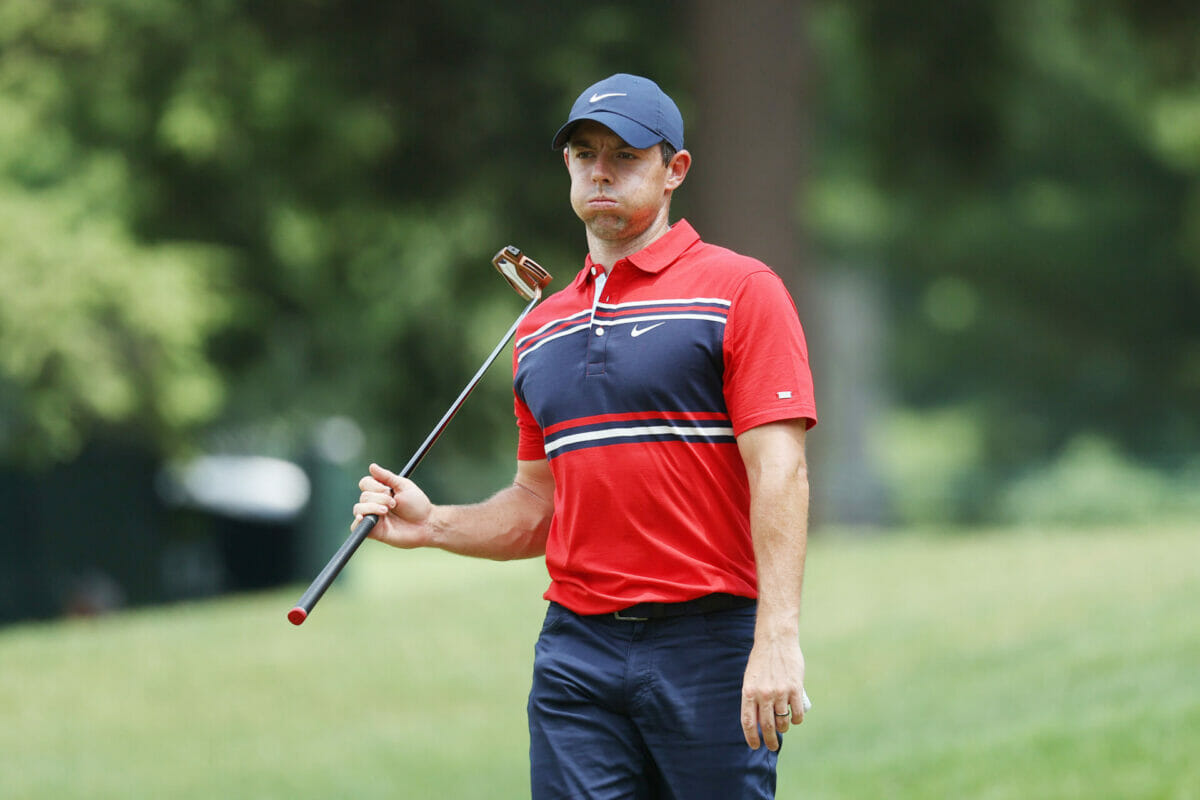 No spectators, no crowd support, no atmosphere and little motivation leading to indifferent scoring. We’ve seen a side to Rory McIlroy that we hadn’t really witnessed before the resumption of the PGA Tour in mid-June.

McIlroy’s now played seven events, including a major championship, and his best finish is a T11th. He’s made the cut in all seven, what you would come to expect from someone of McIlroy’s enormous talent, but there’s just been no spark.

The all-clear has been given to resume competition on golf’s grandest stage but it’s like McIlroy’s still waiting to get out of first gear. We’ve seen two rounds of 63 but where’s that McIlroy magic more regularly?

McIlroy posted 28 rounds, with the 63s being recorded on the second day of the Charles Schwab and also on day one of the Travelers Championship, but then he’s broken 70 on just 13 other occasions.

That’s nine other rounds of 70 or higher including a 74 last Saturday at the Northern Trust where new World No. 1 Dustin Johnson cruised to an 11-shot success at 30-under par.

Indeed, everyone who finished inside the top-10 were under par or level over the course of their four rounds, and the only player among those 10 to shoot a level par 71 was Scottie ‘Mr. 59’ Scheffler and that was on the final day after his caddy had to be carried from the course following a leg injury.

In fact, his T65th on the outskirts of Boston, on a golf course where he’s won twice before, was his equal third poorest four-round result in 181 PGA Tour events.

Perhaps the only occasion McIlroy has had such a similar mediocre run was his closing seven events of the 2016/17 PGA Tour year when he produced two top-5s, a T17th, a T22nd, a T34th, a T57th and a missed cut.

Every other year, McIlroy has bounced back from a run of poor form with a victory.

It was mentioned to McIlroy after his round on Sunday that fellow Irishman Graeme McDowell admitted earlier in the week that the lack of any atmosphere made him feel like a ‘golfing zombie’.

And McIlroy was asked if he felt the same and also did he need the spark of perhaps jammed-packed Ryder Cup or a noisy New York U.S. Open to help lift his spirits.

“Yeah, this is going to sound really bad, but I feel like the last few weeks, I’ve just been going through the motions,” he said.

“I’m not inspiring myself and I’m trying to get inspiration from outside sources to get something going. I can definitely see where Graeme (McDowell) is coming from there.

“You know, what’s always sort of done well with me is a bet or a game or a play for something. That sometimes gets something out of me.

“Maybe that’s the strategy. I do that in practice rounds sometimes with Harry and we make a lot of bets and I try to shoot scores and try to win dinner, whatever it is. Maybe that.

“We’re playing in the FedExCup. It’s not as if, you know, you’ve got — there’s a lot of incentive here to play well.

“It’s just trying to get it out of you.”

McIlroy has this week’s BMW Championship in Chicago and the season-ending Tour Championship a week later in Atlanta, an event he’s also won twice, to turn an indifferent four months into something more positive.

And he needs to do that without the support, the spark and the motivation of the spectators.

Rory McIlroy – 4th (Down one place)