McIlroy regroups from horror start to get back in Memorial contention 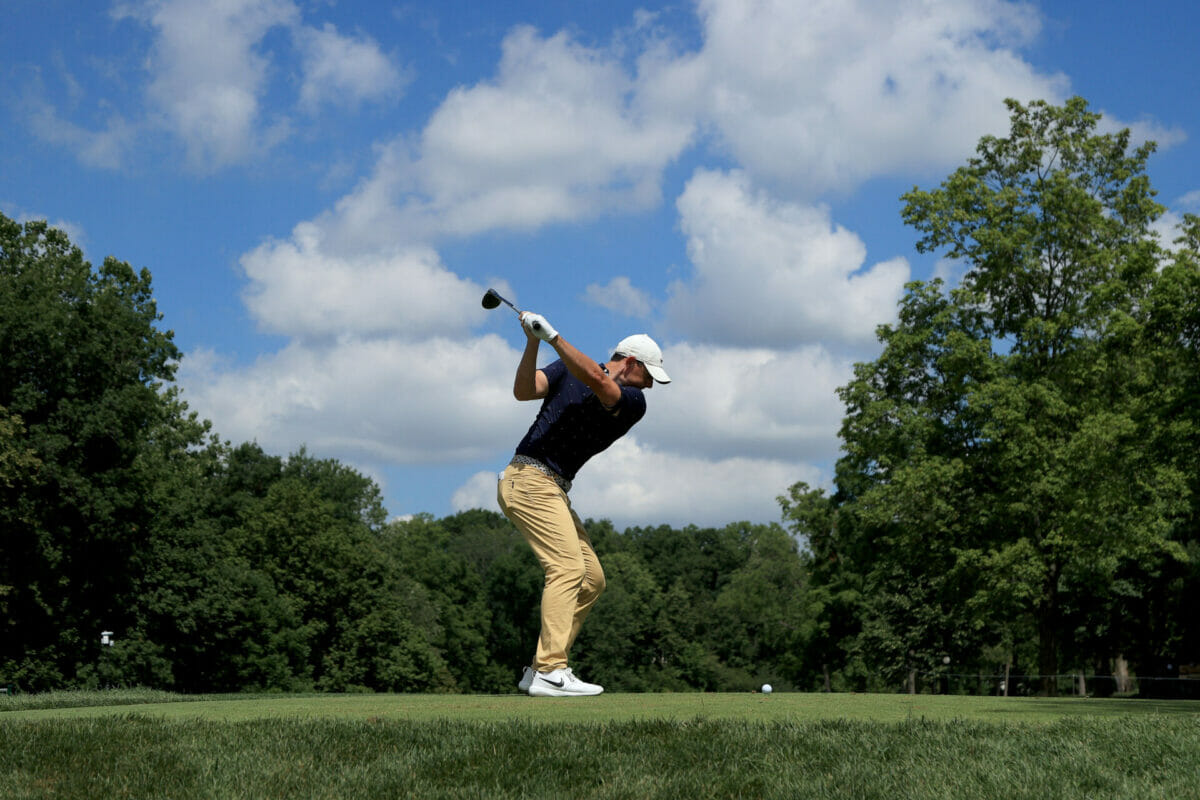 Rory McIlroy dug deep to regroup from a horror start and remain in contention on day two of the Memorial on the Muirfield Village course in Dublin, Ohio.

McIlroy looked anything but the game’s best in dropping a shot at his first and then doubling the second to be three-over before capping his round with an eagle ‘3’ at the 15th in an even par 72 to remain at two-under par.

American Tony Finau added a 69 to his opening leading score of 66 to be sharing the early clubhouse lead alongside Ryan Palmer (67 & 68) at nine-under par.

“The key today was making a few par putts as I had a couple of three, four, five and six-footers for par that kept the round going,” said Rahm.

“So, I’m happy about that and happy to close out with a birdie after making a mistake on my 17th, so overall really solid. Feel really comfortable.

“Hopefully I can tidy up my iron game a little bit. I made a couple mistakes, and luckily my short game bailed me out. Maybe just be a little smarter in a couple spots.”

And while McIlroy had early-round concerns, the World No. 2 ranked Rahm moved closer to unseating the Ulster golfer atop the World Rankings.

There are four players teeing-up this week on the Muirfield Village course – Rahm, Justin Thomas (World No.3), Dustin Johnson (4) and Webb Simpson (5) – who could go past McIlroy.

Rahm, however, is McIlroy’s main rival with the Spaniard needing to win and McIlroy finish worse than 2nd, or also end runner-up and for McIlroy to be outside the top-25 to go to the top of the rankings.

McIlroy could not have asked for worse start to his Ohio round.  In starting from the 10th, he found the right rough on route to a bogey ‘5’ and then at the next, the par-5 11th hole, he found the small stream that runs down the left side of the hole.

He took a penalty drop before finding the back of the green with his fourth but made a ‘meal’ of his fifth before landing a 25-foot chip shot, the sixth shot of the hole, to just 19-inches for his ‘7’.

Mcllroy’s horror second round start immediately rekindled memories of a year ago this week when at the first hole on day one of the 2019 Open Championship he sent his opening Royal Portrush tee-shot ‘OB’ in taking a quadruple bogey ‘8’ before eventually signing for a five-over par effort.

McIlroy began his fightback with back-to-back birdies at his fifth and sixth holes and while dropping a further shot, he put the start behind him to birdie his 12th, bogey 13 but then holed a nine-footer for an eagle ‘3’ to finally get back to even for his round.

He went to one-under in holing a 10-footer at his 14th and after pars on 16 and 17, he undid some of that earlier great work when three-putting his 18th from 33-feet for bogey, the sixth dropped shot of his day. He goes into the weekend in a tie for 21st at one-under par.

“I managed a few birdies and an eagle thrown in there along with a few mistakes,” he reflected.

“So, there was some good in there, obviously, some mediocre, and there were some pretty poor shots. But I battled back well. I was 3-over through two holes, got off to a terrible start, but battled back and hung in there and ended up shooting a reasonable score. It would have been nice to finish a couple better if I had taken advantage of that par-5 at the end, and the three-putt on my 18th sort of leaves a bit of a bitter taste, but I came back well, and that’s all you can ask for.

Five-time Memorial winning Tiger Woods, competing alongside McIlroy, faced an anxious afternoon wait in posting a 76 for a three-over par tally, one shot outside the expected two-over cut-off mark.

However, it was good news for Woods with the official cut falling at three-over par to ensure Woods is now 18 for 18 in playing all four rounds of the Memorial.

Shane Lowry was headed home with disappointing scores of 73 and 75 for a four-over tally. Twelve months ago, Lowry went into weekend rounds of the 148th Open with all of Ireland behind him to be sharing the lead at Royal Portrush.

And Graeme McDowell never recovered from a horror end to his opening day of seven-over par 79.

And day two was little better posting one outward nine birdie but also four bogeys before he doubled his 11th hole. It was McDowell’s fourth double in two days.

The effort was McDowell’s poorest PGA Tour opening two rounds in over nine years after posting scores of 80 and 73 for a nine-over tally to miss the cut at the 2011 Arnold Palmer Invitational.