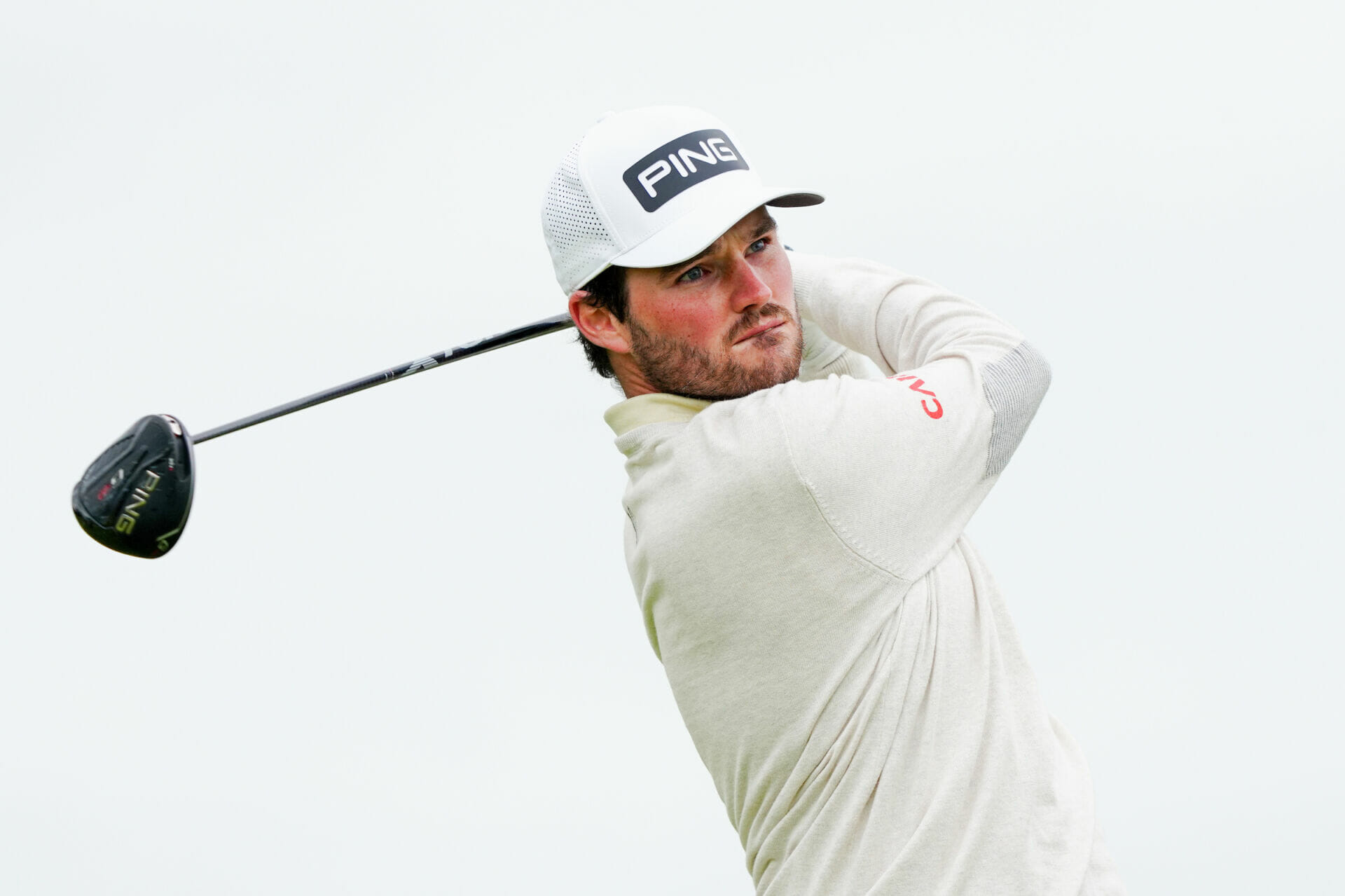 European Tour star Cormac Sharvin took the spoils on the first outing of a new series of tournaments aimed to provide Team Ireland golfers with competitive playing opportunities this year.

With professional golf schedules decimated globally by Covid-19, particularly satellite tour stages the world over where fledgling pros attempt to learn their craft, Team Ireland has stepped in to fill the void left behind by the crisis.

Although only 12 togged out, the field oozed class and the cream rose to the top as Sharvin edged out Galway’s Ronan Mullarney across both the O’Meara and Montgomerie courses at Carton on Tuesday.

Sharvin fired a five-under par round of 68 on the friendlier parkland before backing it up with a superb three-under par 69 around the “inland links” that is the Monty. The Ardglass pro pipped Mullarney to the post by a single stroke.

With a €5,000 prize fund up for grabs, financially it was far from an insignificant exercise for some of Ireland’s brightest tour stars with LPGA Tour regular Leona Maguire even making an appearance.

Instead of returning Stateside to resume her playing for the LPGA restart, Maguire revealed she will now remain in Europe to tackle the first two events back for women on the Continent – the Ladies Scottish Open (August 13-16) and the AIG Women’s British Open (20-23 August).

Maguire shared fourth at two-under par alongside Gary Hurley and Dermot McElroy as Naas pro Conor O’Rourke grabbed the last place on the podium at four-under.

A constant support since it was established in 1999 in aid of Ireland’s up and coming talents, Team Ireland again pledged big money – €221,000 to be split evenly between its 13 players this year – however with no tour golf on the menu for the lucky recipients, team coach, Neil Manchip revealed that it was Cormac Sharvin who suggested a Team Ireland organised golfing calendar to fill the competitive void.

“It really came out of a conversation with Cormac Sharvin who suggested that we could get some events up and running, just for the Team Ireland players, many of whom are left without any tournaments to play in throughout the season,” said Manchip.

“Leona Maguire is here and she is going to start back in the Ladies European Tour soon and the other players are hopefully starting back on the Challenge Tour or European Tour, or Alps Tour… all the various third-tier tours that they play on.

“So it’s just to fill in that gap and give them some good competition between now and when they resume. It’s a good idea to give them some 36-hole events like we are having today at Carton House, one round on the O’Meara, one on the Montgomerie and hopefully see some low scores.

“Since the hiatus they’ve not had any tournament golf for the last few months so it is very important to get back playing. Every player here is a fantastic player so even though we only have a field of 12, everyone is a very good player. So it is great competition for them all and hopefully [it can] get them back in good form before they head back out on their various tours.”

The dozen who piled through the gates of Carton paid €250 each for the privilege with Team Ireland Golf putting in a further €2,000 to bolster the prize pot. It’s another in a long line of generous acts in aid of out fairway stars from Team Ireland, who have delivered more than €4 million in funding to the programme since it began in 1999.

“Sport Ireland are amazing,” Manchip added. “They always keep us going with really good funding to help the players pay their expenses in the very expensive career of playing professional golf both on the ladies tours and the men’s tours. Their support for us is invaluable, especially at this stage, where we can afford to help the players out a little bit before they get back out on tour.”