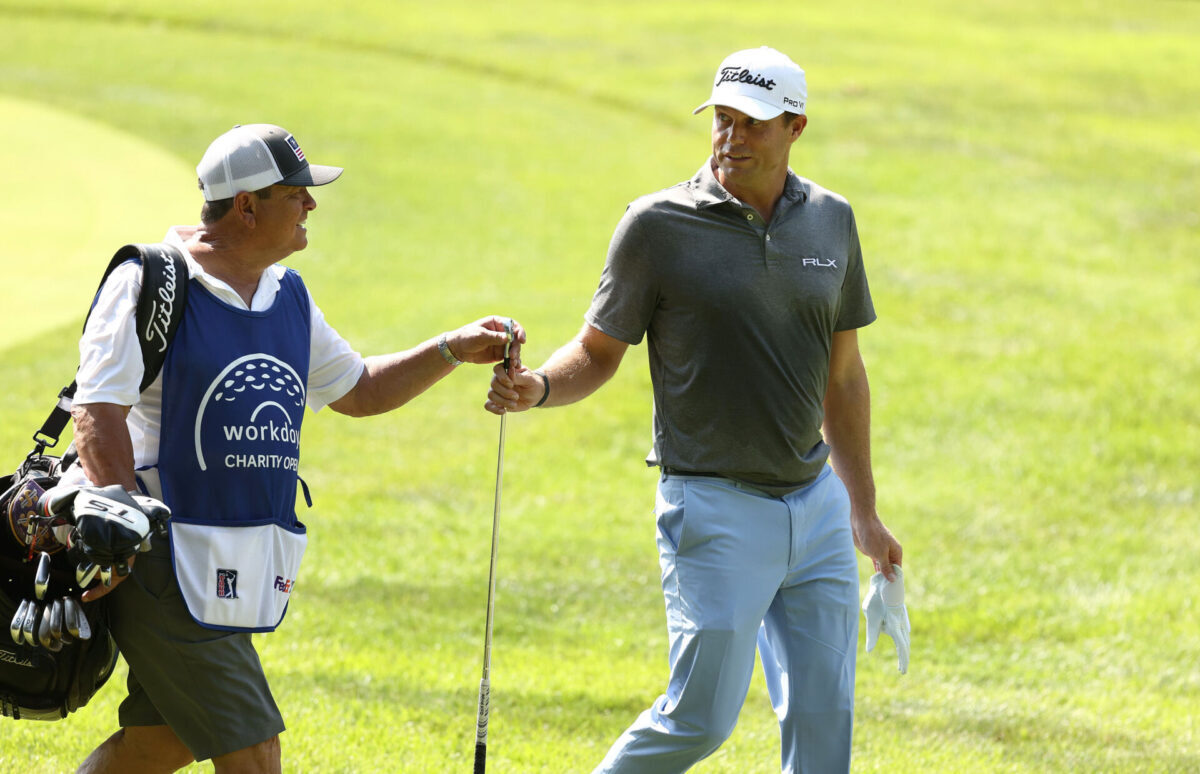 Fears the trio of Dylan Frittelli, Denny McCarthy and Nick Watney may unknowingly spread the Coronavirus over the four days of the Workday Charity Open were seemingly eased as all three struggled on day one at Muirfield Village.

‘The COVID-19 Trio’ as they are being referred are among six players who have tested positive in the five weeks since the PGA Tour resumed its schedule after a three-month shutdown brought on by the worldwide pandemic.

They went through mandatory self-isolation for 10 days. And then they tested positive again.

The Tour indicated the Centers for Disease Control and Prevention and its medical advisers indicated the nasal swab tests are picking up what amounts to a dead virus that isn’t contagious. Because the three players met other criteria — such as 10 days since the symptoms first appeared and three days after they have recovered — they were allowed to play.

Though the Tour also determined they should play as singles to be safe. With three such players at the Workday Charity Open, they were in the same group, on and off the golf course.

They were not allowed in the clubhouse or fitness trailer. They ate lunch in a separate room. Frittelli changed his shoes in the parking lot.

Frittelli said it was hard not to feel like an outcast Thursday at the Workday Charity Open in a group of three players who tested positive for the coronavirus.

“It was fun to get out there,” Frittelli said.

“Obviously, a few hoops to jump through Wednesday. It was a little tricky situation that went on. But that’s fine. Life is full of surprises, so we’ll move on from there and hopefully get everything cemented in the coming weeks.

“I stretched at home. I ate breakfast in my hotel room and then straight to the parking lot.

“I actually felt like Walter Hagen, just walked straight on to the driving range.”

The Tour last week updated its policy for asymptomatic positive tests, like Cameron Champ. Because he had two negative tests 24 hours apart, he was allowed to play the Rocket Mortgage Classic in Detroit.

Watney was the first player to test positive on June 19 at the RBC Heritage. He stayed in a hotel room at Hilton Head Island, South Carolina, for 12 days — two more than the minimum — before driving home to Texas. McCarthy tested positive on June 26 before the second round at the Travelers Championship, while Frittelli tested positive that weekend.

Frittelli was not surprised by the positive results from a saliva test on Monday and a nasal swab on Wednesday because his own doctor said that might happen.

“He said, ‘There’s a chance you could be testing for up to a month,'” Frittelli said. “I’ve got a friend in Japan who chatted to me. He said: ‘Dude, I’ve been testing for 28 days. I still haven’t got a negative.’ I knew that was a possibility.”

The surprise was that he could play. When the positive results were returned, Frittelli figured he would be out for at least another week. But when he revealed he had not had any symptoms for six days, he was cleared to play but as a single or with others in his situation.

Even so, Frittelli said he could sense a buzz around Muirfield Village from players on edge about someone testing positive still in the field.

“A lot of guys were intrigued. They were all asking me questions,” he said. “I tried to give them my best biology lesson that I could. But it spread like wildfire, and when it goes to a third, fourth, fifth source, then you hear some funny stories, so I think that’s what happened yesterday and guys started freaking out, obviously.”

The three will play again Friday. After that, it depends on their standing in the tournament. McCarthy also shot 73 and Watney finished with a double bogey for a 77. They have work to do to make the cut.

If they do make it to the weekend, they likely would go off as a single surrounded by twosomes.

“That would be a very strange scenario and a very slow, lonely round of golf,” Frittelli said. “But I mean, it’s not that bad.”